Manufacturing Sector in the USA

First of all, let’s define what a manufacturing company is with examples of manufacturing companies? A manufacturing business is any business that uses components, parts or raw materials to make a finished good. Good examples are Apple, Ford, and GM, and these businesses are pushing the envelope and truly innovating by utilizing advanced technology, innovative approaches to assembly lines, and human skills; but the goal is the same — to create a finished product. The USA is recognized worldwide for having one of the best manufacturing sectors in the world.

Which States Have the Most Manufacturing Businesses?

ExxonMobil is the world’s largest publicly traded international oil and gas company and among the largest manufacturing countries in the world, based in Irving, Texas, United States. Exxon Mobile is mainly engaged in the exploration, production, transportation and sale of crude oil and natural gas, and the manufacturing, transportation, and sale of petroleum products. The Company also manufactures and markets commodity petrochemicals, including olefins, aromatics, polyethylene and polypropylene plastics, and a range of specialty products. The company generated over US$237.1 billion revenue in 2017, leading the chart of the top 10 manufacturing companies in the USA.

Apple Inc. is an American multinational technology company and on the top electronic brands in the world headquartered in Cupertino, California, that designs, develops, and sells consumer electronics, computer software, and online services. As one of the world’s largest tech company, Apple nowadays has over 123,000 employees and 500 retail stores globally. Apple’s best-selling products include iPhone smartphone, the iPad tablet computer, the Mac personal computer, the iPod portable media player, the Apple Watch smartwatch, and the Apple TV. In 2017, Apple generated total US$229.2 billion revenue.

Ford is one of the world’s top 10 automobile companies. It was established in 1903 by Henry Ford at Dearborn, Michigan, United States. Ford makes many popular car models such as Fiesta, Endeavour, Eco sport, Expedition, Escape, Mustang, Taurus, Focus, and Fusion. This top automobile company in 2018 has an annual production capacity of around 6.7 million cars and employs more than 200,000 personnel. Ford had an estimated annual revenue of almost $150 billion with a net income of around $8 billion in 2017 and owns more than 90 automobile manufacturing plants across the world.

Chevron Corporation is an American multinational energy corporation and of the largest manufacturing companies in the US. One of the successor companies of Standard Oil, it is headquartered in San Ramon, California, and active in more than 180 countries. The Company produces and transports crude oil and natural gas. Chevron also refines, markets, and distributes fuels, as well as is involved in chemical and mining operations, power generation, and energy services. Chevron generated US$141.7 billion revenue in 2017.

The Phillips 66 is an American multinational energy company headquartered in Westchase, Houston, Texas. It mainly engages in the processing, transportation, storage, and marketing of fuels and other related products. The company operates through the following segments: Midstream, Chemicals, Refining, Marketing & Specialties and Corporate and Other. Its 2017 revenue reached US$102.4 billion.

IBM is an American multinational technology company headquartered in Armonk, New York, United States, with operations in over 170 countries. The Company engages through five main segments: Cognitive Solutions, Global Business Services (GBS), Technology Services & Cloud Platforms, Systems and Global Financing. In 2017, IBM generated over US$79.1 billion in revenue, making it one of the top manufacturing companies in the USA.

Future Course for the Top 10 Manufacturing Companies in the USA

Full list of manufacturing companies in the USA directory 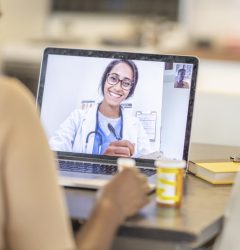 Top 10 Best Telemedicine Companies in the World in

Important MarTech Statistics You Need to Know in 2