Top 5 Things to Know About the Colombian Coffee Industry

Top 5 Things to Know About the Colombian Coffee Industry

Ah, coffee: the fuel of so many office workers, students, and night-owls throughout the world. If you live in a city with a coffee shop on every corner, you may not have ever asked yourself where the coffee in your cup every morning comes from. If you have, though, there’s a very good chance that the answer to that question is Colombia. The Colombian coffee industry is thriving, with significant growth expected over the next four years. Here’s BizVibe’s list of the top 5 things you should know about this market, one which has been exporting coffee and coffee products since the 1830s:

2. Colombian coffee producers exported approximately USD 2.46 billion worth of coffee in 2016. Should positive trends continue, export totals for 2017 are expected to be even higher. Colombia’s coffee farms produce Arabica beans.

4. Coffee is Colombia’s third-largest export, after crude petroleum and charcoal briquettes. Coffee production and cultivation has become a big part of Colombia’s economy and national identity. Though the industry has been somewhat impacted by the global threat of climate change, it has so far shown itself to be resilient and strong.

5. Colombia currently accounts for just over 9% of global coffee exports. By comparison, Brazil, its largest competitor, dominates the market with 20% of exports. However, Colombia’s industry has become stronger year after year, increasing its ability to compete with the Brazilian coffee industry.

Want more information on Colombia’s top coffee brands, suppliers, producers, and more? Join BizVibe today to connect with major players in this industry and thousands of others across the world. 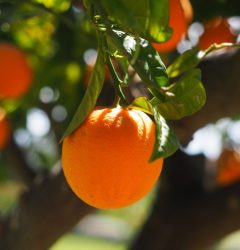