The global gaming industry has become one of the most lucrative businesses in the world over the last few decades, as millions of gamers from around the world are spending an increasing amount of time and money on different game consoles. Recent global gaming industry reports reveal that China has overtaken the US since last year to become the world’s largest gaming market with a significant market value of $25.6 billion in 2016.

The global gaming industry is expected to generate total revenues of around $109 billion in 2017, of which 42% is estimated to come from mobile games. This figure is set to reach almost $130 billion by 2020, at which point mobile will overtake the combined value of all traditional platforms for games — console and PC — and bring total revenue to 51% of the total revenue for the industry. China has stood out over the recent years as the fastest growing gaming market in the world.

So here it is: When it comes to the gaming market, the $12.4 billion mobile games market in China will see its revenue continue to expand at a fast pace with 55% growth in 2016 and a forecast of 24% growth in 2017.

By contrast, consoles are the weakest segment in China’s gaming industry, although with Sony and Microsoft finally able to release their devices in China, there is the potential for some growth in 2017. Combined, PS4 and Xbox One have sold less than 500,000 units since launching, with a further $53m generated on their online services and other content.

Currently, Chinese internet giant Tencent and game company NetEase are dominating the gaming industry in China, with a combined market share of 55%. Other big players in the industry include Youzu, ELEX, and Perfect World. Tencent has overtaken even better-known U.S. game companies such as Activision and Blizzard to become the world’s largest game publisher by revenue.

Although the console gaming market in China has suffered weak performance over the past few years, continuously losing its market share from 91.71% in 2008 to 65.6% in 2013. But the promising future is coming as Chinese government lifted the ban on gaming devices in 2014. Some of the world’s major game console manufacturers such as Sony, Microsoft, and Nintendo would benefit from the lift of the 14-year-old ban on gaming consoles and expect the huge potential for the market to grow higher.

Let’s recap: China is also in lead of game console production and export across the world. The exports of China’s gaming industry surpassed $10 billion in 2016. This also opens up a larger market opportunity, making it crucial to connect with the top game console suppliers in China. Use BizVibe’s B2B lead generation tools to discover your next profitable partnership. 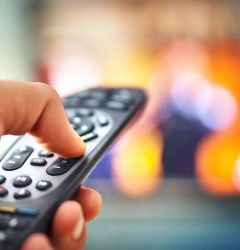