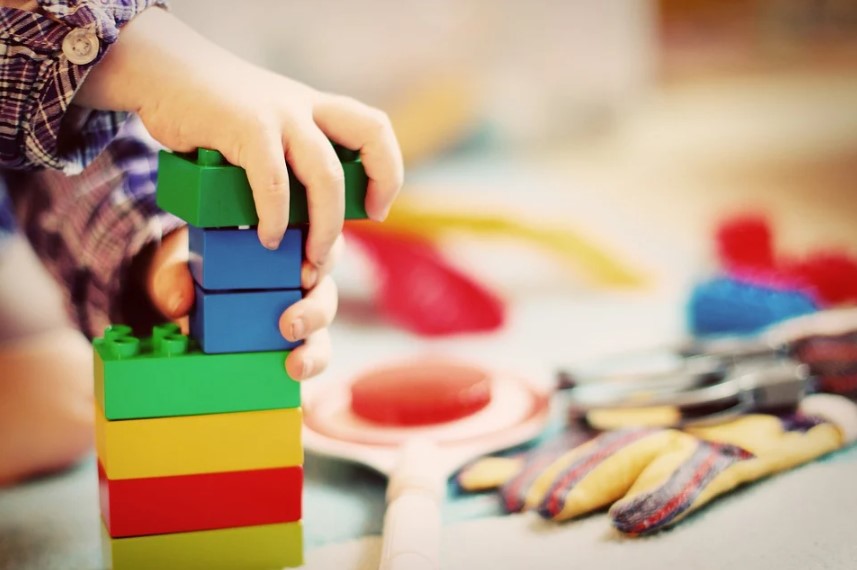 The toy industry in India has experienced a steady growth over the recent years, and the revenues of the top 10 toy companies in India has also soared from growing toy products sales, toy exports and toy market shares. The growth of the market is mainly driven by the rising population of under the age of 15, increasing personal income and higher toy demand from developed countries in Europe and North America. With more and more leading toy manufacturers implementing modern technology in production and launching new products to meet domestic and international demands, the toy industry in India is forecast to enjoy a bigger growth over the near future.

This industry fact sheet is to assist industry professionals, investors, and people in general that are interested in gaining insights into Indian’s toy industry including:

Bizvibe’s smart B2B marketplace solutions help buyers and suppliers in the global toy industry to find and connect with each other, shorten sourcing and purchasing cycles, and maximize profit growth. Join today to see how BizVibe can help your business grow!

Browse 1,000+ Profiles: Discover companies in the toy manufacturing industry and get access to detailed company profiles for free.

According to the latest market report from IMARC, the toy market size in India was worth over US$1.75 Billion in 2019, and the market size is expected to grow to $3.3 billion by 2024, representing a strong CAGR of over 15% during the forecast period. India has one of the largest populations of under the age of 15 in the world, thus the toy industry in the country has always benefited from huge demand of a wide array of both traditional and modern toys. The increasing domestic demand for toys in India is also being catalysed by the country’s strong economic growth and rising disposable incomes.

What Drives the Growth of the Toy Industry in India?

The increasing population of children aged between 2-8 years old in the country coupled with high rate of urbanization are some of the major driving factors to boost the sales revenue of the toy industry in India. It is believed that the top 10 toy companies in India have the potential expertise and skilled workforce to compete with the leading toy manufacturers in China, who are regarded as the global leaders for toy production. Over the recent years, some of the best Indian toy companies are setting up new manufacturing facilities in industrial zones to scale up their production capacity to fulfill the demand for toys from various parts of the globe. Developed countries in Europe and North America are some of the top importers for India’s toy products, posing a growing demand for the top toy brands from India as they are renowned for quality and economical pricing.  Moreover, the large toys manufacturing companies in India are also implementing new promotional activities across multiple advertising and media platforms and adopting e-commerce platforms as they major sales channels. All of these strategies are expected to further boost their revenues and market shares in the global toy market.

Fisher-Price is ranked at the top among the top 10 toy companies in India. Fisher-Price, the best toy company in India was founded in 1930 by Herman Fisher and Irving Price and is headquartered at East Aurora, New York, US. Fisher-Price has made more than 5,000 different types of toys since its inception and manufactures baby gear such as booster seats, baby car seats, strollers, and potty tubs. Fisher-Price, one of the best toys manufacturing companies in India has an annual revenue of around $2 billion with over 4,000 professionals. Fischer-Price is a well-known toy manufacturer in India for toddlers as well as children above 3 years.

Hot Wheels is considered one of the best toys manufacturing companies in India. Hot Wheels was launched in the US in 1968 as a 1:50 scale toy car by Elliot Handler. Hot Wheels has an annual revenue of more than $1.5 billion and is one of the best Indian toy companies with huge popularity among children and as well as with adults as a collector’s item. Hot Wheels, the best toy company in India has also forayed into video games and film projects to fortify its dominant position in the market. Hot Wheels has been one of the leading toys manufacturing companies in India for over three decades and is extremely popular with the 3-8-year-old group children.

Lego is regarded as one of the best toys manufacturing companies across the world. Lego is also considered the largest toy manufacturing company in the world and was founded in Billund, Denmark by Ole Kirk Kristiansen in 1932. Lego has an annual revenue of more than $2 billion worldwide and had a massive following across the globe. Toy bricks are the most successful product made by Lego and they are estimated to be manufactured with the precision of 10 micrometers. According to estimates, around 36 billion Lego toy bricks are manufactured every year and this best toy company in India has around 130 Lego retail stores all over the world.

MEGA Bloks is placed among the best toys manufacturing companies in India. MEGA Bloks, the best toy company in India was established in 1967 by Victor and Rita Bertrand at Montreal, Canada. MEGA Bloks, one of the top 10 toy company in India has an annual revenue of more than $425 million worldwide and over 1,700 professionals are employed with this global best toy brand in India. Some of the popular toy collections in India owned by MEGA Bloks include Mega Construx, Board Dudes, Rose Art, and Mega Puzzles.

Chicco is also one of the top 10 toy companies in India. Chicco was established in 1958 by Pietro Catelli at Lombardy, Italy and is part of the Artsana Group of Italy. Chicco, one of the top toys manufacturing companies in India has many products for baby toys and baby health and hygiene segment. Chicco, the best toy company in India has an annual turnover of around $1.5 billion and is present in more than 120 countries across the globe employing over 5,000 professionals worldwide. Chicco products are available at most of the retail stores across the country.

If you are a supplier, REGISTER here for FREE to supply your products/services to these top toy companies

If you are buyer, REGISTER here for FREE to send RFP/RFI to these leading toy suppliers.

The top 10 toy companies in India are forecasted to exhibit a fast growth rate in the next five years owing to growing population of children in the region coupled with increasing levels of purchasing power among the consumers. The best toys manufacturing companies in India are likely to employ franchise business models to expand their market share in the toy industry in India. The growth of the top Indian toy companies is further driven by the fact that there is a huge growth opportunity to tap the market share of the unorganized toy industry in India which accounts for almost 90% of the total revenue generated by the toys manufacturing companies in India. The prospects of the best toy brands in India looks poised for a rapid growth as there is expected to be surging demand for scientific, educational, and digital toys in the coming few years.

BizVibe provides the best solutions to source the products and make the best business deals with the leading players in this market. Don’t miss your chance to connect with the best industry suppliers, manufacturers, and exporters on BizVibe. Whether you’re conducting competitive research or looking for new and reliable suppliers, quality producers or top wholesalers, BizVibe makes it easy to grow your business.