Grow Your Business Network: Connect with the Top Milk Companies in New Zealand

Milk is one of the most important products in New Zealand’s prestigious dairy industry. According to the latest New Zealand Dairy Statistics, New Zealand processed a total of 20.9 billion litres of milk containing 1.86 billion kilograms of milksolids in the fiscal year of 2015-16. The total cow population in the country was nearly 5 million by the fiscal year ending 2016. Average milk production per hectare was 1,063 kg – the same as in 2013-14 – but below last season’s high of 1,082 kg.

When it comes to the largest dairy production regions in New Zealand, the majority of dairy herds (73.0%) are located in the North Island, with the greatest concentration (28.8%) situated in the Waikato region. Taranaki, with 14.1% of dairy herds, is the second largest region. Other major dairy producing regions include North Canterbury, Southland, and Northland.

According to a recent report from New Zealand’s Ministry for Primary Industries (MPI), the total revenue of dairy export from New Zealand is forecast to increase by 3% in 2017 to $13.7 billion, following a decline in 2016, and is expected to jump another 24% to $17 billion in 2018, mainly driven by the predicted strong recovery of milk production after two years of decline.

Currently, China is the largest importer for New Zealand’s dairy products, representing over 23% of the total New Zealand dairy exports, followed by the USA (8%), Australia (6%), Japan (4%) and Malaysia (4%). MPI also reports that Chinese dairy demand is on the rise, with a record volume of dairy products imported during the year end September 2016, despite falling milk powder imports. China is importing greater volumes of butter, cheese, and liquid milk from Europe, as well as more liquid milk from New Zealand, thus becoming the main driver of New Zealand’s dairy exports growth.

The prominence of New Zealand’s dairy industry has attracted a significant number of buyers and traders from all over the world. To help your dairy business stay at the top of the industry, BizVibe provides the best solutions for sourcing products and making business deals with the top dairy exporters in New Zealand. Don’t miss your chance to connect with the best industry suppliers, manufacturers, and companies on BizVibe. 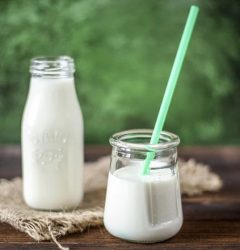 Top 5 Trends in the Vegan and Vegetarian Food Indu