France has kept its prestigious reputation around the world for being the best and largest wine producer for centuries. Even today, no other country in the world can challenge the leading position of France in the global wine industry in terms of wine production and wine exports. Despite the continuous plunge for the harvest of wine grapes, caused by the severe weather condition over the recent years, the wine industry in France is still expected to be the world’s number one in near future.

According to the recent report from OIV (International Organization of Vine and Wine). France is responsible for nearly 17% of global production, although vineyards in France is not actually the largest in the world. In 2017, France’s total vineyard is estimated to be 792,000 hectares, making France only the 3rd largest country for total vineyards, behind Spain’s 1.2 million hectares, China’s 799,000 hectares. France has lost around 20% of its grape-growing area in the past decade without threatening its dominance in the global wine production chart.

However, due to severe weather conditions in recent years, wine production in France has experienced a continuous decrease. The French government recently released a wine industry outlook, forecasting that the wine harvest in the country for 2017 is to yield 37.2 million hectolitres, representing an 18% decrease from 2016’s figure and 17% below the average for the last five years. It comes after the governmental wine advisory board revealed a 40% drop-off in wine harvest in Bordeaux, France’s largest wine growing region, and a 30% fall in Alsace, which mainly produces white wine.

Connect with the most reputable winemakers in France

When it comes to French wine industry statistics, factors from all areas impact its performance. As reported by French Government, the wine industry in France is the nation’s second-largest export sector, and it directly or indirectly employs more than 558,000 people. The wine industry is also the highest surplus segment in the country’s  agri-food sector, and the second-largest surplus industry overall, after the aerospace and ahead of chemicals and perfumes. The world’s most famous winemakers are mainly gathered in the regions such as Alsace, Bordeaux, Burgundy, Beaujolais, Champagne, Côtes du Rhone etc to make some of the best wines in the world. French wine brands have been reaping the benefits from a highly prestigious industry.

A large reason for the overwhelming popularity of French wine is due to the many different, often highly endorsed French wine names. Some of the most popular types of wine are Riesling, Gewürztraminer, Chardonnay, Sauvignon Blanc, Merlot, Syrah, Pinot noir, and Cabernet Sauvignon. These are the most popular types of wine found in France, both from red and white wine grapes.

Today, over 30% of the wine produced in France is exported to the global market, of which 54% are sold to other European countries. In 2016, France exported over $9.1 billion worth of wine, representing more than 28.2% of the world’s total wine exports in that year. France’s main customers for its wine industry, in terms of value, are Britain, Germany, Belgium, the Netherlands, the United States, Russia, Canada, and Japan.

Over the recent years, wine tourism sector, as a side-sector to its wine industry, has witnessed strong growth. The wine tourism sector in France today attracts more than 10 million people a year visiting the major wine producing areas. The sector is currently expanding, particularly under the impetus of local winemakers, who organize attractive visits and diversify their offer by also arranging hikes, cellar visits, concerts and wine-tasting courses.

France’s leading position in the global wine industry has also attracted a significant number of buyers and traders from all over the world to source the best business deals. To help your wine business stay at the peak of the industry, BizVibe provides the best solutions to source products and make business deals with the top wine suppliers in France. The state of the wine industry in France is expected to continue prospering. 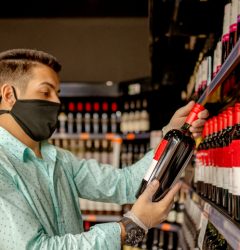