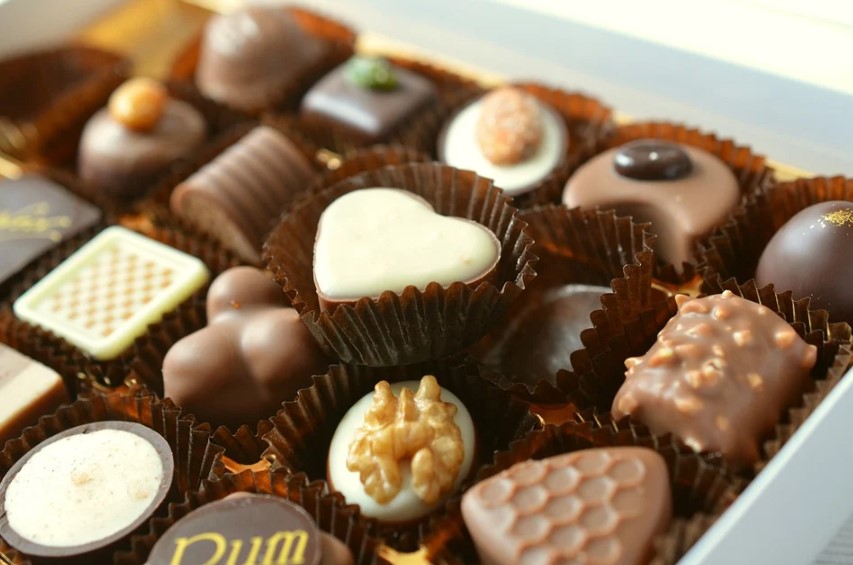 This industry fact sheet is to assist industry professionals, investors, and people in general that are interested in gaining insights into global sugar confectionery and chocolate industry including:

Bizvibe’s smart B2B marketplace solutions help buyers and suppliers in the global confectionery and chocolate industry to find and connect with each other, shorten sourcing and purchasing cycles, and maximize profit growth. Join today to see how BizVibe can help your business grow!

Browse 1,000+ Profiles: Discover companies in the chocolate industry and get access to detailed company profiles for free.

The global chocolate market size was already worth over US$130 billion in 2019, and it’s expected to grow with a strong CAGR of almost 5% by 2024, according to the recent market report from Technavio. The latest market trend has seen top 10 chocolate companies coming up with new and innovative flavors and launching diverse products to cater to the changing consumer demands. There is growing preference for products like low and reduced sugar chocolates and consumers are also opting for chocolate brands that use organic ingredients. They are also selling chocolates in small, attractive packs, targeted at calorie-conscious consumers who prefer consuming smaller quantities of chocolates.

Leading the chart of the world’s largest chocolate companies is the American confectioner Mars Inc owns some of the most famous sweets brands in the world, including M&Ms, Galaxy, Snickers, Skittles, and, of course, Mars bars. With over US$18 billion in annual sales, it is the sixth largest privately-held company in America, and the largest player in the sugar confectionery industry globally.

The American food giant Mondelez, formed in 2012, now owns some of the most famous confectionery and chocolate brands in the world such as Oreo, Milka, Toblerone, TUC, and Cadbury. The company currently operates in over 80 countries and generates annual revenue of around $12 billion, making it one of the top 10 largest chocolate companies in the world.

Hershey is one of the largest confectionery and chocolate snacks companies in the US. Its $8 billion annual sales are generated from its major products including chocolate bars, biscuits and wafers, chocolates, hard candy, and other sweets.

The Swiss food and beverage giant Nestlé is not only one of the world’s largest sugar confectionery manufacturers, but it is also the world’s largest food & beverage company with over $8 billion annual sales. The company currently has over 335,000 employees and more than 2000 brands ranging from global icons to local favourites presenting in 191 countries around the world.

Headquartered in Kilchberg, Switzerland, Lindt is one of the world’s most famous chocolates and truffles manufacturers. Its annual sales are nearly $4 billion. While demand for the company’s products in the US has diminished greatly over the last few years, the brand has maintained popularity across Europe, and in Australia, where Lindt ice cream is available.

Based in London, UK, Pladis has annual revenues of $4.5 billion and operates in 120 countries across Europe, the Middle East, Africa, Asia and the Americas. The company has 34 factories in 13 countries and mainly operates in all major categories of chocolate, biscuits, cake, candy, and gum. Its three core brands include McVitie’s, Ulker and GODIVA.

Ezaki is headquartered in Osaka, Japan. With over 24 major plants and nearly 5000 employees, its annual sales reached over $3.2 billion. Ezaki is one of the largest sugar confectionery and snack manufacturers in Asia. Its signature products include chocolate Bars, biscuits and wafers, truffles, pralines and filled chocolates, moulded chocolate figures and shapes, panned confections, toffee and caramel, nuts/seed candies, bars, bark, brittles and marzipan, and hard candies. Its best selling product is a chocolate covered biscuit stick known as Pocky.

Orion is a South Korean confectionery and chocolate snacks company, headquartered Seoul. It is one of the top 3 chocolate companies in South Korea. Today, Orion is well recognised as one of the world’s top chocolate brands and its signature Choco Pie is among the best-selling chocolate snack products in Asia. The company other key products include biscuits, cookies, pies, gum, snacks, chocolate, and candy. Orion has manufacturing facilities across its major markets including China, Russia, Vietnam, and the United States.

One of the recent developments in the global chocolate and cocoa market is the growing inclination towards Fair Trade certified products. Such chocolate products are made from cocoa produced from farms that do not indulge in inhuman practices such as slavery and child labor. The Fair-Trade organization have been dedicated to promotion of trade relationships that support livable incomes for farmers, laborers and families of cocoa growers through commitment to prices that produce a stable economic and social environment.

Over the recent years, growing number of leading chocolate companies are also introducing healthy chocolates such as organic, vegan, sugar-free, and gluten-free chocolates to cater to the health-conscious consumers. It is expected that the increasing incidences of health problems, weight management issues, and the demand for nutritious food will influence the global chocolate market to produce more healthy sugar-free and gluten-free chocolates in the near future.

BizVibe provides the best solutions to find suppliers, compare suppliers or buyers, conduct sales prospecting and send proposals in this market. Don’t miss your chance to connect with the best industry suppliers, manufacturers, buyers or importers on BizVibe.

The Fast Food Market in China Expects a Slower Gro