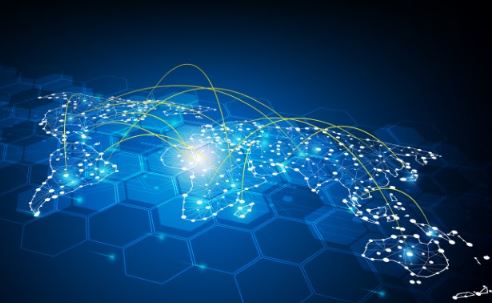 The global copper industry continues to grow at a steady rate in 2018, mainly fueled a rise of copper production from the world’s top 10 largest copper producing countries. Copper is one of the world’s most common and widely used metal elements that has been mined for over thousands of years. Today, copper still plays an important role as one of the most popular materials used in various household products and industrial applications, therefore the largest copper producing countries are generating huge economic benefits through their copper industries.

Due to the fact that copper is non-pyrogenic, corrosion-resistant, and completely recyclable, the global demand for copper continues to grow significantly and copper applications are becoming more and more diversified over the last 50 years. Driven by the expanding usage of copper in various sectors such as electrical and electronic products, building construction, industrial machinery and equipment, transportation equipment, and consumer and general products. Newly emerged copper applications, including antimicrobial copper touch surfaces, lead-free brass plumbing, high tech copper wire, heat exchangers, and new consumer products etc, are also growing fast over the recent years.

While copper is mined around the world, production is largely dominated by selected regions, specifically Latin America — owning the largest copper reserves in the world. In 2016, Latin America accounted for 41% of global copper mine production. Asia was the second largest producer at 17%, followed by North America and Europe at 14% and 13% respectively; Africa was at 10%, and Oceania followed with 5%.

Chile is currently the largest copper producing country in the world, representing nearly 32% of global copper mine output. Other leading countries in the global copper production as of 2016 were Chile, Peru, China, the United States, Australia, the Democratic Republic of the Congo, Zambia, Canada, Russia, and Mexico. The USGS also reports that the global copper reserves currently amount to around 720 million tonnes (Mt) and identified and undiscovered copper resources are estimated to be around 2,100 Mt and 3,500 Mt, respectively.

As for the global copper consumption, the ICSG expects world refined copper consumption to increase nearly 2% in 2017 and 2018, exceeding 160,000 tonnes, thanks to the wake of better prospects for global economies, particularly China, where copper is essential to economic activity and rising technological adoption in society. Growing use of copper in China’s power grid, which accounts for nearly half of China’s total copper requirement, along with the healthy growth of high-technology and equipment manufacturing industries, has principally driven the demand for copper.