Top 10 Most Innovative companies in the World (2018) - BizVibe Blog

The top 10 most innovative companies in the world are some of the most reputable market leaders in their own industries in terms of revenues and market shares. Ranging from industries such as consumer electronics, internet to media and sports, the world’s most innovative companies have invested significantly in R&D and showcased strong leadership in adopting innovations and technologies for their businesses. According to the latest annual ranking from the business media company Fast Company, earning the No. 1 spot on the list of top 10 most innovative companies in the World for 2018 is the American tech giant Apple Inc, followed by Netflix, Square, Tencent, and Amazon etc.

Why is Business Innovation Important?

In almost every industry, innovation is the key to driving businesses moving forward. So, what is business innovation and why is business innovation so important? One of the most critical factors that make a successful business is being able to come up with new ideas to keep operations, products or services attractive to customers. Business innovation simplify refers to the process of bringing new, unique and profitable ideas to reality. The purpose of business innovation is to find new ways to create more value for the company. That value can come from launching new products or services, creating new revenue opportunities, driving more revenue through existing channels, developing new techniques that improve productivity or reduce costs. For example, Apple has released several new and successful products from AirPods to the iPhone X over the last year, maintaining its staying power in an era of rapid change, therefore ranking number one on the list of the top 10 most innovative companies in the world for 2018.

Top 10 Most Innovative Companies in the World 2018

Apple Inc. is an American multinational technology company headquartered in Cupertino, California, that designs, develops, and sells consumer electronics, computer software, and online services. As one of the USA’s largest manufacturing companies, Apple has been ranked as the world’s most innovative company since 2008. Today, it has over 123,000 employees and 500 retail stores globally. Apple’s best-selling products include iPhone smartphone, the iPad tablet computer, the Mac personal computer, the iPod portable media player, the Apple Watch smartwatch, and the Apple TV. Over the last year, Apple has launched wireless AirPods, Apple Watch Series 3, iPhone X and AR framework ARKit, which were all became best sellers in their own categories. Apple historically finishes among the top in these lists of most innovative tech companies.

Netflix — one of the modern era’s most innovative startups — is an American entertainment company specializing in online on-demand streaming videos. It was founded in 1997 and headquartered in Los Gatos, California. Today, the company has over 117 million subscribers in 190 countries. Since 2011, Netflix has begun to invest significantly to its original content – produced some of the world’s most popular TV series such as Orange Is the New Black and political drama House of Cards, and feature films. Over the recent years, Netflix has significantly redesigned its user engagement features and hugely improved its mobile device streaming experience, making it far outpaced from its industrial rivals.

Square, Inc. is a financial service, merchant service aggregator, and mobile payment company based in San Francisco, California. Square has nowadays become a major mobile payment service provider in the world, worth around $16 billion. In addition to its signature card reader, Square now offers an iPad point-of-sale system. The company also operates Square Capital, which provides loans to its merchants, and a consumer-facing mobile wallet, Cash App.

Tencent Holdings Limited is a Chinese multinational investment holding conglomerate whose subsidiaries specialize in various Internet-related services and products, entertainment, artificial intelligence, and technology both in China and globally. Tencent’s WeChat messaging app is the world’s most used messaging app with over 980 million active monthly users as of January 2018. It’s aggressive R&D activities have made WeChat far more than just a social media platform. Users can hail a taxi, look up a restaurant review, make a reservation, and pay for dinner, without ever leaving WeChat.

Amazon is an American electronic commerce and cloud computing company based in Seattle, Washington that was founded by Jeff Bezos on July 5, 1994. The tech giant is the largest Internet retailer in the world as measured by revenue and market capitalization. The company also produces consumer electronics—Kindle e-readers, Fire tablets, Fire TV, and Echo—and is the world’s largest provider of cloud infrastructure services. Over the recent years, Amazon has made significant investments in brick and mortar world, opening its first bookstore in Seattle in late 2015. In 2017, the company completed its acquisition of Whole Foods and in early 2018 opened an Amazon Go grocery store to the public.

Patagonia, Inc. is an American clothing company that sells suitable outdoor clothing products. The company was founded in 1973, and is based in Ventura, California. Over the decades, Patagonia has grown to become one of the most respected and popular outdoor apparel brands in the world and continued to uses its popularity to raise awareness around environmental issues and climate change by investing in grassroots organizations and in companies developing technologies that will help make its supply chain and products more sustainable.

CVS Health Corporation is an American retail pharmacy and healthcare company headquartered in Woonsocket, Rhode Island. CVS has been constantly looking to grow its customer base with extra services that explode traditional expectations by introducing new digital innovations to its services. Recently, CVS has expanded from retail health center to patient advocate. The company also announced it would remove parabens, phthalates, and other “chemicals of concern” from nearly 600 store-brand personal-care items after cutting trans fats from its food products

The Washington Post is a major American daily newspaper founded in 1877. It is the largest newspaper published in Washington, D.C. The company has been investing in technology to boost its online presence. It launched a variety of new software to get its content into the world, including an in-house testing product, new ad offerings, and tools to help reporters and editors act faster around breaking news. In September 2017, the Washington Post revealed that it had signed up more than 1 million digital-only subscribers, up 300% in just a year. As of 2013, the company is now owned by Graham Holdings Company.

Spotify Technology SA is a Swedish entertainment company launched in 2008 that specializes in music, podcast, and video streaming service. It is headquartered in Stockholm, Sweden. It provides DRM-protected content from record labels and media companies. Much of Spotify’s success is due to increasingly sophisticated data collection, which allows it to keep releasing new products that captivate its users around a particular mood or moment.

The National Basketball Association (NBA) is a men’s professional basketball league in North America, composing of 30 professional basketball teams. It has become the world’s most valuable sports league, with more than a billion audience each year. In 2018, each NBA team. on average is worth a record $1.65 billion, representing 22% increase from last year. To further push the boundaries of innovation, NBA has been commissioning ground-breaking highlight-clip generation tools, pop-a-shot apps, and fantasy basketball games, and solidifying relationships with companies like Facebook and Silicon Valley startups, even investing in e-sports. Record-breaking TV deals and the global expansion of the game have been the biggest driving factors for NBA’s growth. It also helps that the NBA’s socially-conscious practices resonate with the public; especially among the 4 major sports leagues in North America.

Future of the Top 10 Most Innovative Companies in the World

The adoption of innovations and technologies has significantly transformed the world of business over the last few decades. These top 10 most innovative companies in the world are some of this year’s pioneers and industry leaders in technology advancement, digitalization, and business creativities. With more and more leading enterprises and rising startups devoting themselves into the world of business innovation, the list of Top 10 Most Innovative Companies in the World is expected to change year after year, while the leading tech giants such as Apple, Tencent and Amazon are projected to remain as some of the world’s most innovative companies in the near future. 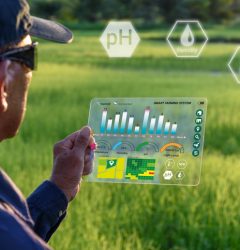 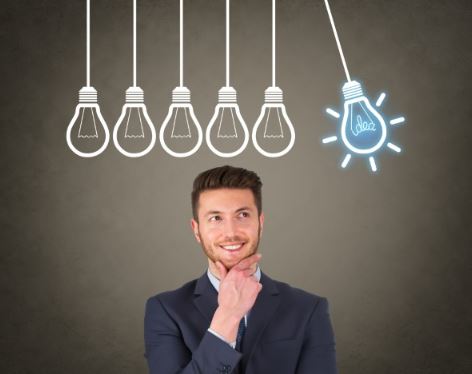 How To: Ultimate Guide to Building a MarTech Stack