The global space industry has been in a substantial growth over the recent decades as increasing number of countries and private companies are getting involved in the programs of exploring, researching and utilizing outer space. The top 10 countries in space technology are some of the global leaders in this sector who are investing heavily in the R&D of space technology. Due to the fact that space can provide more opportunities and greater potential for many booming industries such as Aerospace, Defense, IT and Telecommunication etc, the state of the global space industry is expected to flourish further and these top 10 countries in space technology are estimated to maintain their industry leaderships in the future.

Rise of the Space Technology and Space Economy

According to the recent report from Report Buyer, the global space industry is valued at US$ 360 billion in 2018, and it is projected grow at a CAGR of 5.6% to US$ 558 billion by 2026. Demand for nano-satellites and re-usable launch vehicle systems is anticipated to be driven by the massive investment made by countries like US, China, Russia and the European Union in the development of next generation satellite systems, while the large scale procurement of such systems will be conducted by countries like Saudi Arabia, India, Japan and South Korea. The United States is the largest spender and leader in the space technology, with China, European Union, India, Russia, Japan and South Korea following behind as some of the major countries in the space technology sector.

Top 10 Countries in Space Technology in 2018

The US is currently leading the chart of the top 10 countries in space technology, accounting for over 30% of the operational spacecraft currently in orbit around Earth. The nation launched its first satellite into space in February 1958 and currently operates a large fleet of communications, electronic intelligence, missile detection, weather, technology, navigation, and surveillance satellites. The National Aeronautics and Space Administration (NASA) is the country’s major space programme organisation that has operated some of the world’s most renowned space programmes including The Apollo moon-landing missions, the Skylab space station, Space Shuttle, International Space Station (ISS), Mars Exploration Rover.

Read more: Top 10 Most Innovative Companies in the World

Russia was the first country in the world to start space programme back in 1957 when the world’s first artificial satellite Sputnik 1 was launched by the Soviet Union. The country now has the third largest fleet of spacecraft including communications, meteorological and reconnaissance satellites. Its major space programmes include Soyuz manned spacecraft, Salyut 1 space station and Lunokhod 1 space rover. The Russian Federal Space Agency (Roskosmos) and the Russian Space Forces (VKS) are the country’s major space project operators.

Japan launched its first satellite Osumi into space in 1970, making it the fourth country in the world to launch satellite into space, after USSR, the US and UK. Japan now operates a fleet of communications, meteorological, earth observation and astronomical observation satellites. Major Japanese space programmes are the Japanese Experiment Module (KIBO)-ISS, H-II Transfer Vehicle KOUNOTORI5 (HTV5) and H-II launch vehicle. The Japan Aerospace Exploration Agency (JAXA) is in charge of the country’s space projects.

The United Kingdom launched its first satellite Ariel 1 in 1962, making it the third nation after the USSR and the US to launch artificial satellite into orbit. Today, the UK operates many satellites including civil and military communications satellites, earth observation satellites, and scientific and exploration spacecraft. The UK is one of the largest sponsors to the European Space Agency (ESA) and participated in several major space missions including BepiColombo, Euclid and ExoMars Rover carried out by the ESA. The United Kingdom Space Agency (UKSA) is in charge of the country’s space programmes.

Canada’s launched its first satellite Alouette 1 in 1962. It currently operates a fleet of RADARSAT and SCISAT earth observation satellites, ANIK communications satellites, and BRITE science satellites as well as micro and hybrid spacecraft. However, the nation currently doesn’t have satellite launch system, and depends on the US, India and Russia to launch its spacecraft. The Canadian space programme is controlled by the Canadian Space Agency (CSA).

Germany launched its first satellite of Azur in 1969, since then it has launched several spacecrafts including telecommunications, navigation and earth observation satellites, and are involved in the core missions such as Cassini-Huygens mission to Saturn and its moons, European space laboratory Columbus, Dawn – Mission to Vesta and Ceres and the European Galileo navigation system. The national space programme is operated by the German Aerospace Center (DLR).

France is one of the largest space industry players in EU and one of the top 10 countries in space technology globally. It is now operating several earth observation and reconnaissance satellites, electronic signals intelligence satellites, civil and military communications satellites. It’s state-owned Centre National d’Etudes Spatiales (CNES) is responsible for the country’s space programmes. France is also the the largest contributors to the European Space Agency (ESA) which is headquartered in Paris.

Luxembourg operates large number of communications and remote sensing satellites, making it one of the top countries with most advanced space technology. It is one of the Member States of ESA and carries space research activities under its National Action Plan for Space R&D. The nation is also home of world’s leading telecommunications satellite operators SES (Société Européenne des Satellites) and Intelsat.

Future of the Top 10 Countries in Space Technology

Space industry has gained a huge global interest over the recent decades. In 2017, 58 countries invested more than $10 million in space programmes. The increasing adoption of space launch services for satellites and testing probe application is one of the most significant factors driving the growth of the global space industry. Meanwhile, the introduction of space tourism is expected to provide new growth opportunities to space launch service providers moving forward. These top 10 countries in space technology has long been some of the industrial leaders and largest markets for space industry, thanks to their advanced technologies and strong investment in the R&Ds. Therefore, it is expected that the dominance of these top 10 countries in space technology will remain unchanged in the near future.

Automotive Industry in Turkey: Why Exports are Sur 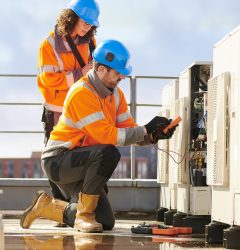