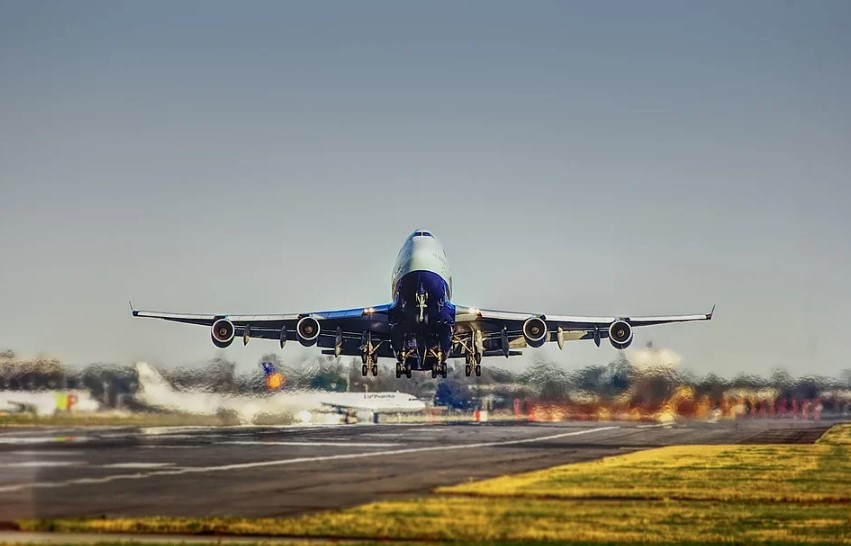 This industry fact sheet is to assist industry professionals, investors, and people in general that are interested in gaining insights into the global aerospace industry including:

Bizvibe’s smart B2B marketplace solution helps buyers and suppliers in the global aerospace industry to find and connect with each other, shorten sourcing and purchasing cycles, and maximise profit growth. Join today to see how BizVibe can help your business grow!

The aerospace industry consists of all the sectors in development, manufacturing, maintenance and support of commercial and military aircrafts around the world. The vendors in this industry are mainly engaged in aircraft manufacturing, including engines, systems, aerostructures and sub-tier suppliers, as well as missile & UAV manufacturing, airborne defence electronics, aircraft simulators, and maintenance services.

According to an industry report from AeroDynamic Advisory and Teal Group, the global aerospace industry size was worth around $838 billion in 2017. Moreover, the Commercial Market Outlook from aerospace giant Boeing also indicates that the growing passenger volumes and increasing airplane retirements will drive the need for 44,040 new jets by 2039, valued at $6.8 trillion over the next two decades and up 3 percent from 2018. The global commercial airplane fleet will also sustain the need for aviation services valued at $9.1 trillion, leading to a total commercial market opportunity of $16 trillion through 2038.

Among all the aerospace segments, Aircraft & Engine OEMs is the largest segment, representing over 28% of the market share, followed by Civil & Military MRO & Upgrades with 27% share. Aircraft Systems & Component Manufacturing accounts for 26%, Satellites & Space accounts for 7%, Missiles & UAVs accounts for 5% and other activity, including flight simulators, defence electronics, public research accounts for 7%.

Geographically, the US remains as the largest aerospace market in the world, representing nearly 49% of the market share globally, France and China follow behind with 8.2% and 7.3% market share respectfully. Meanwhile, China is posing a fastest-growing pace in the global market over the recent years, due to its booming aviation market. Industry forecast shows that China will require 8,090 aircraft over the next 20 years, worth about US$1.3 trillion. The robust aircraft demand is also likely to create a US$1.6 trillion opportunity for aftermarket services for its aircraft fleet by 2028.

The US aircraft manufacturing giant Boeing is the currently the largest aerospace products manufacturer in the world by revenue. Boeing is headquartered in Chicago, Illinois, United States, and was founded in 1916. The company’s key products include commercial and military airplanes, rotorcraft, rockets, satellites, telecommunications equipment, and missiles. In 2019, Boeing delivered 345 airplanes worldwide. Its most famous airplane models include: 737, 747, 767, 777 and 787. Boeing’s 737 Max jet was grounded in 2018 after being involved in two crashes, the company has then halted production of 737 Max.

Airbus is a European multinational aerospace corporation headquartered in Blagnac, France. The company has three main divisions: Commercial Aircraft, Defence and Space, and Helicopters. Airbus is currently the world’s largest plane manufacturer by production volume. In 2019, Airbus delivered 863 planes worldwide, more than double the amount delivered by its American rival Boeing. With over 134,000 employees around the world, Airbus offers the most comprehensive range of passenger airliners such as A380 (the world’s largest passenger aircraft), A350, A330, A320, A220 etc. Airbus is also a world’s leader providing military aircraft, as well as one of the world’s leading space companies.

United Technologies Corporation is a leading American multi-industry company with major business concentrations in aerospace products and services, including jet engines. Founded in 1934 and headquartered in Hartford, Connecticut, it operates through four main subsidiaries, include Carrier; Collins Aerospace; Otis Elevator Co.; and Pratt & Whitney. Pratt and Whitney is one of the world’s largest manufacturers and suppliers of jet engines for commercial and military aircraft and small commuter and business aircraft.

Lockheed Martin Corp. is one of the world’s largest security and aerospace companies. Headquartered in Bethesda, Maryland, Lockheed Martin is employs approximately 110,000 people worldwide and is principally engaged in the research, design, development, manufacture, integration and sustainment of advanced technology systems, products, and services. Its main business areas include Aeronautics, Missiles and Fire Control, Rotary and Mission Systems, Space.

GE Aviation is an operating unit of GE, it is also one of the world’s top 10 largest aerospace companies well known for providing jet and turboprop engines, components and integrated systems for commercial, military, business and general aviation aircraft. Its key products GE9X engines are widely used in many world’s leading passenger aircraft such as Boeing 777 and Boeing 747. GE Aviation also provides the Common Core System (CCS), the Enhanced Airborne Flight Recorder (EAFR), the Electrical Load Management System (ELMS) and the Backup Generator and the Backup Converter for aerospace industries around the world.

Rolls-Royce is a British multinational engineering company that designs, manufactures and distributes luxury vehicles and power systems for aviation and other industries. Rolls-Royce is the world’s second-largest maker of aircraft engines after GE. The achievements of its aerospace segment include: 510 widebody engines delivered; further progress in reducing average widebody OE loss, down 14% to £1.2m; 6% growth in large engine installed fleet to 5,029 with engine flying hour growth of 7%.

Leonardo is an Italian multinational company specialising in aerospace, defence and security industries. Its main business segments include Helicopters; Defense and Security Electronics; Aeronautics; Space, Defense Systems; and Other Activities. It is one of the world’s top 10 largest aerospace companies that produces complete tactical airlifters, combat aircraft, and unmanned air vehicles for both civil and military applications.

Safran SA is a French multinational aircraft engine, rocket engine, aerospace-component and defense company. Safran is mainly engaged in the design, manufacture, and sale of aircraft, defense and communication equipment and technologies. Its main business segments include Aerospace Propulsion, Aircraft Equipment, Defense & Aerosystems and Aircraft Interiors. The company was founded in 1924 and is headquartered in Paris, France.

One of the major aerospace industry trends witnessed over the recent years is the rapid growth of the commercial aerospace aftermarket sector, which is mainly driven by the changing aircraft fleet mix, pressure on airlines to reduce maintenance costs, and the emergence of new advanced technologies. Deloitte’s 2020 Global Aerospace and Defense Outlook highlighted that there will be an increased aftermarket opportunity for the overall commercial aircraft value chain, including OEMs. As the aircraft backlog and aircraft production rates continue to rise, more and more world’s largest aerospace companies and aerospace original equipment manufacturers are diversifying their businesses towards aftermarket values. For example, Boeing’s aerospace services revenue recorded around US$17 billion in 2018, and Boeing hopes to increase this figure to US$50 billion by 2023. 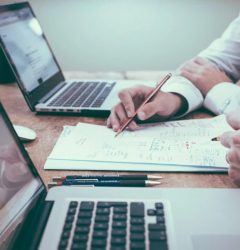