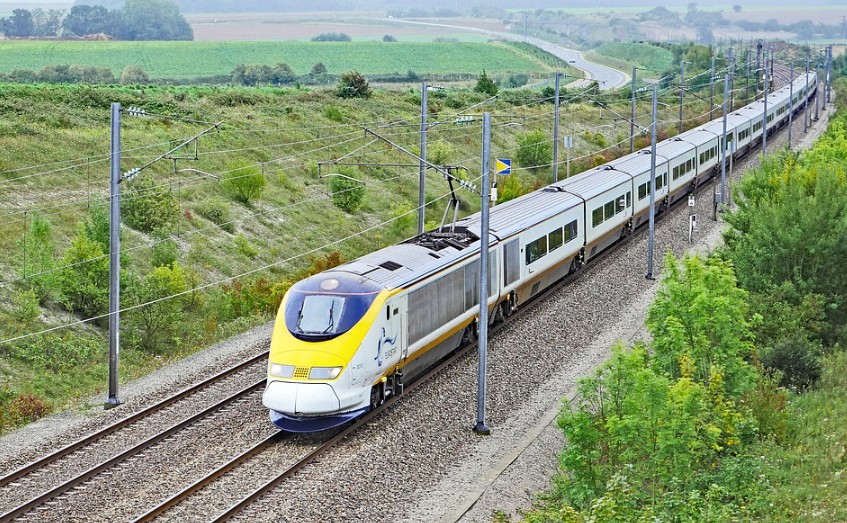 The world’s top 10 largest rolling stock companies – also known as railway train manufacturers – is an essential part of the global railway transportation industry around the world in terms providing wheeled vehicles on rails to transfer passengers and goods. Railway transportation is not only faster than shipping and road transport, but also cheaper than air transportation, therefore plays an important role in economic growth by facilitating passenger travel, logistics and trading around the world. As the rising demand for new railway lines and high-speed railway projects in the global market, coupled with increasing awareness for energy efficient transport, the global rolling stock market is expected to remain a strong growth through 2020, while the top 10 largest rolling stock companies are also projected to further increase their revenues over the near future.

This industry fact sheet is to assist industry professionals, investors, and people in general that are interested in gaining insights into the global railway and rolling stock industry including:

Bizvibe’s smart B2B marketplace solution helps buyers and suppliers in the global railway and rolling stock industry to find and connect with each other, shorten sourcing and purchasing cycles, and maximise profit growth. Join today to see how BizVibe can help your business grow!

The global rolling stock industry refers to the development, manufacturing and sale of all wheeled vehicles running on a railway track, such as locomotives, passenger trains and coaches and freight trains. According to the recent market report from Allied Market Research, the global rolling stock market size was valued at $60.4 billion in 2019, and is projected to reach at $73.8 billion by 2026, representing a steady CAGR of about 3% during the forecast period. Factors such as increase in government budget for development of railways, rise in demand for safe, fast and efficient transport, and rise in use of public transport services as a solution to minimize traffic congestions are driving the growth of the global rolling stock market.

The latest railway industry statistics show that the global railway network totalled over 1.3 million km worldwide in 2019. The United States has the largest railroad network in the world, closely followed by Russia, China, India, Canada, Germany, France and Japan. Due to the various of benefits such as cost-effectiveness, fast speed, and reliability etc, the global railway transport industry is growing, driving the demand of rolling stock industry to grow over the recent decades. Such growing momentum is expected to continue over the next few years, as both passengers and freight transportation on railway are soaring.

Geographically, rolling stock markets in Western European and North American remain as some of the world’s largest, mainly due to the well-established railway infrastructures in the region. However, emerging economies such as India, Brazil, China, and Iran are expected to become most lucrative markets for global rolling stock market over the next few years, driven by the rapidly expanding industries and government initiatives aimed at developing advanced railway transport systems in these countries.

Bombardier is one of the world’s leading manufacturers in transportation industry, offering wide range of airplanes and trains. Its rolling stock segment mainly provides products like Locomotive, Diesel Multiple Unit (DMU), Single-deck EMU, Powerhead, Double-deck coach, and also offers train operations and maintenance services. Headquartered in Berlin, Germany, Bombardier Transportation employs around 36,050 people and its products and services operate in over 60 countries. As off 2019, Bombardier has over 100,000 train cars in service and 500 million daily passengers around the world.

Alstom SA is a France rail transport company and one of the largest rolling stock manufacturers in the world. Alstom’s best-known products including the AGV, TGV, Eurostar, Pendolino high-speed trains, metro trains, and Citadis trams. In February 2020, Alstom and Canada’s Bombardier announced to merge both their railway manufacturing units to increase its competitiveness the railroad signaling and high-speed train markets in Europe and across the world.

GE Transportation is another one of the world’s largest rolling stock companies based in Chicago, US. It is the largest producer of diesel-electric locomotives for both freight and passenger trains in North America. GE Transportation also produces related railway products, including railroad signalling equipment, locomotives components, railway train parts, as well as providing repair services for GE and other locomotives around the world.

Trinity Industries, headquartered in Dallas, Texas, is a leading providers of rail transportation products and services in North America. The Trinity Rail provides railcar leasing and management services, as well as rolling stock manufacturing, maintenance and modifications. Trinity also owns businesses engaged in the manufacture of products used on the nation’s roadways and in traffic control, as well as logistical and transportation businesses that provide support services to a variety of industrial manufacturers.

Hitachi Rail System is a Japanese rolling stock company that has a presence in 27 countries, across 11 manufacturing sites on three continents and some 12,400 full time employees. It is best known as the supplier of Japan’s Shinkansen ‘Bullet Train’ vehicles, its other main products include metro trains, commuter trains, and high-speed trains. Hitachi Rail Systems is also a global provider of rail solutions across rolling stock, signalling services and turnkey.

More and more world’s largest rolling stock companies and train manufacturers are nowadays focusing on developing new trains with energy-saving and automation features, which has become of the major rolling stock market trends over the recent years. Many newly introduced trains consume less energy because of their better acceleration, traction, and braking system, resulting in the reduction of energy consumption by around 30% based on the degree of automation. Moreover, many digital and automation equipment adopted on trains can also provide better safety and higher flexibility to coordinate for both passenger and freight transportation, which will further contribute to the growth of the global rolling stock market in the near future.

Everything You Need to Know about Plastics Industr

The Benefits and Pitfalls of Nutritional Supplemen