London Is the New Celestial City of Video Game Developers

Last year, the United Kingdom released its statistics showing the number of creative-based tech endeavours that benefited from its newly introduced tax credits.

HM Treasury revealed in its report that the United Kingdom’s creative industries received a record £850 million in governmental support in 2018.

That number is looking to increase in 2019.

Recently released statistics also show that over 100 new video game developers filed for tax relief in the UK over the past year, which represents a government expenditure of £131 million.

HM Treasury stated, “Creative Sector Tax Reliefs were introduced to help UK businesses in these highly skilled and innovative sectors thrive at home and abroad, and this year marks the sixth anniversary since they were introduced.”

The HM Treasury site further stated that creative sectors are a significant source of employment for UK citizens, so these tax reliefs are in place to ensure those creative sector companies and startups can continue to employ people while boosting the UK economy.

The United Kingdom’s active support for the video game industry has led to startups such as Metric Accountants offering to help video game developers get the most out of their HMRC tax relief.

According to The Telegraph, the video game industry employs over 47,000 individuals and has boosted Britain’s economy by £3 billion.

It rivals all the other creative industries such as music, television, and film.

Additionally, it reported that the UK is the fifth most significant video game market on the globe, with more than £5 spent on gaming in 2017 alone.

The United Kingdom has a reported 37 million gamers, and the amount of games created has significantly contributed to the economy overall.

A 2016 report entitled “Screen Business: How tax incentives help power economic growth across the UK” stated that 20,430 are employed full-time in the video game industry.

This is double what the gaming industry contributed to the UK economy in 2013. It also points out that it contributed to £1.52 billion in gross value added (GVA).

Moving Towards Further Growth In the United Kingdom

CEO of The Independent Games Developers’ Association (Tiga), Richard Wilson, said in an article posted by the Directors Publications Limited that the UK is the largest game development hub in Europe, with an annual growth of seven per cent annually.

Wilson’s goal is to promote further investment and increase the number of studios and employees in the UK, with the hopes of adding another £2.3 billion to the annual GDP.

He also hopes to have the accomplished by 2022.

In addition to the economic point, Tiga is looking to transform the United Kingdom into the next global leader in game development education and CDP as well.

Tiga has thus accredited only the best in undergraduate and postgraduate game development courses.

Dr Richard Wilson pointed out that the “video games industry has proved broadly resilient to the wider economic turbulence of Brexit and uncertainties around trade tariffs.”

Dr Wilson further stated that, despite its resilience, the gaming industry should not slack in making the UK a leader in the video game development world.

“The UK games industry has a bright future, but only if we remain steadfast in our commitment to ensuring it – and thus the UK economy as whole – prospers,” Dr Wilson continues.

As of now, the London is the “New Celestial City” of the video game development world. 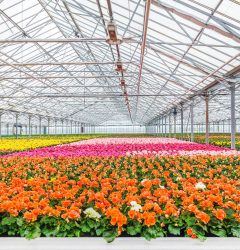