Amazon Expands Even Further Through US Auto Parts Deals

Amazon Expands Even Further Through US Auto Parts Deals

Amazon has set its sights on the conquering the auto parts industry. As BizVibe mentioned last week, the mammoth online retailer has made deals with some of the largest suppliers of US auto parts. Suppliers will be able to sell their parts directly through Amazon, sources told The New York Post.

Amazon has been making headlines on a regular basis over the past few months—first, it acquired Whole Foods; then it struck a lucrative deal with Nike. The company is headed towards significant growth, and will profit greatly from its entry into the aftermarket US auto parts business. This move will also significantly expand its customer base and product offerings.

How will this affect US auto parts retailers?

While US auto parts manufacturers who entered into agreements with Amazon—including Robert Bosch, Federal-Mogul, Dorman Products, and Cardone Industries—will benefit, retailers probably won’t be so lucky. Small and independent retailers will be significantly hit where it hurts—profits—but they won’t be the only ones. Major US auto parts retailers, such as O’Reilly Auto Parts, Advance Auto Parts, AutoZone and Genuine Parts, could also see losses.

As The New York Post reported, Amazon’s current selection of parts is already selling for less than the biggest brick-and-mortar retailers offer them for; on average, the difference is 23% less. Amazon will also be offering same-day delivery for auto parts to 40 major US cities. Lowered prices combined with the convenience that Amazon offers could put the financial earnings of a lot of US auto parts retailers in danger.

How will this affect the US auto parts industry?

It’s likely that Amazon could help to increase sales in the US auto parts industry, but at the expense of brick-and-mortar retailers. Ultimately, Amazon entering this market space will redefine how US auto parts are marketed and sold. Consumers will have greater access to auto parts and will benefit from reduced prices and speedy delivery, while retailers may have to struggle to attract new customers and encourage consumers to purchase parts in person from physical stores.

They’ll also have to increase their shipping speeds to compete with Amazon’s one-day delivery—AutoZone has begun to offer a two-day free shipping offer, but customers must pay USD 200 first to join their program. Comparatively, Amazon’s Prime membership is only USD 99 per year. Most retailers lack Amazon’s billion-dollar budgets and operational capacity, putting them at a disadvantage against the e-commerce giant.

Amazon’s expansion bodes well for the company and for customers, but makes the future of less colossal retailers more uncertain and unstable.

France Wants to Ban Sales of Gas and Diesel Cars b

Top 10 Automobile Manufacturers in the World 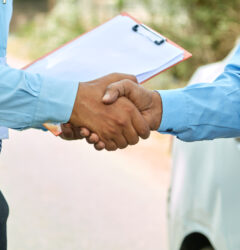