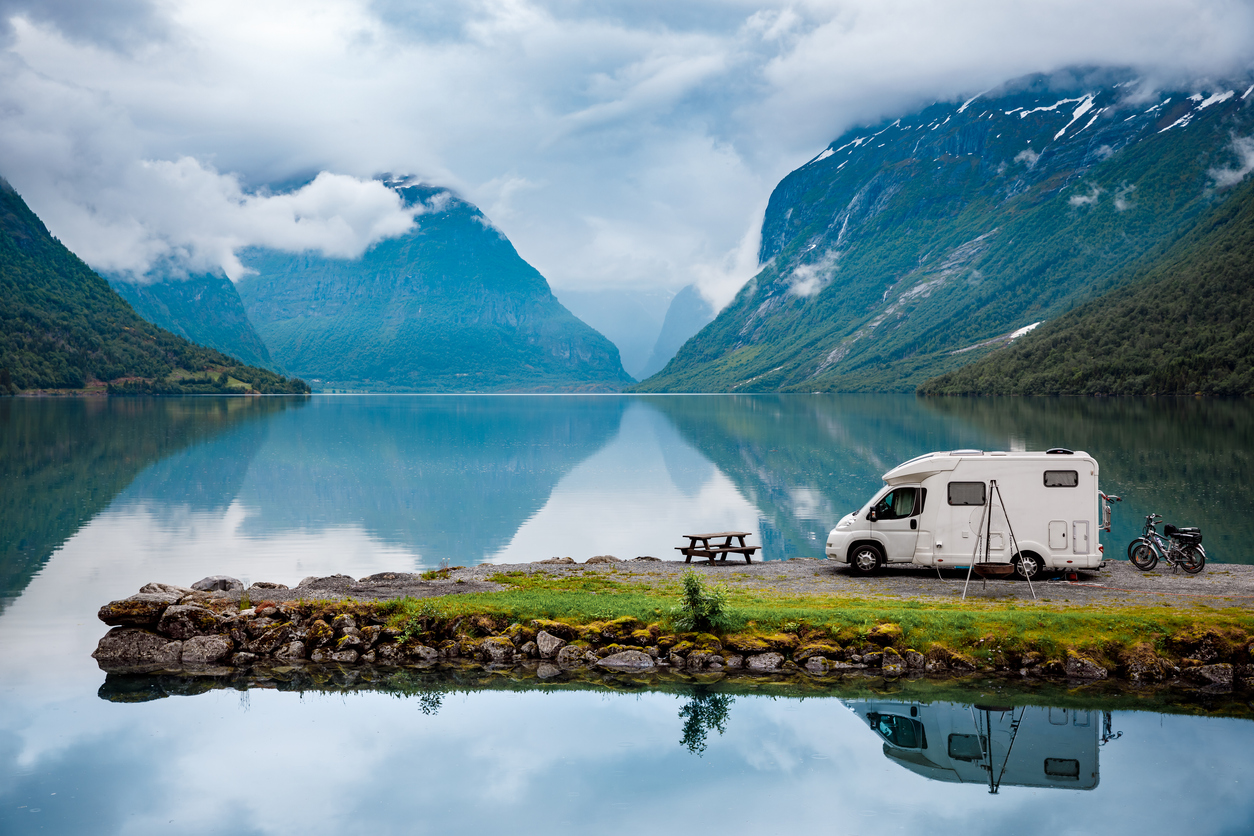 What is the Current State of the Top 10 RV Manufacturers in the World?

The top 10 RV manufacturers in the world are contributing to a fast-growing growing industry that has witnessed growth for 8-straight years — increasing 200% in that span. The crowd for RV buyers is getting younger as the average age of RV owners has decreased to 45 in 2020, declining for 3 straight years. The biggest factor for an increase in younger people buying RVs is to due to the popularity of camping among younger people (41% of campers are millennials). The best RV brands are targeting these next generation of RV buyers when manufacturing recreational vehicles in 2020.

This fact sheet is to assist business professionals, investors, and everyday readers that are interested in gaining insights into the global RV industry including:

BizVibe is already helping the top RV brands connect. Connect and track the latest news and insights from these companies.

• The largest RV manufacturer in the world by revenue is Thor Industries
• The RV industry has steadily grown to record highs over the last eight years, hitting 504.6 thousand units shipped in 2017.
• The RV industry creates USD 50 billion in economic impact annually in the USA alone.
• The RV industry sales grew for 8 straight years. During these 8 years, the recreational vehicle industry has grown more than 200%.
• 40 million people in the United States go RV camping.
• Millennials make up approximately 41% of campers, despite being 31% of the general population.
• More than 9 million families in the USA report ownership of an RV.
• More than 100 RV manufacturers are currently active in the USA.
• Canada is the primary RV export destination for the USA with more than 90% of industry exports going north each year.
• An RV vacation can be over 60% cheaper than a traditional vacation.
• 1 out of every 5 RVs (20%) is classified as a “conventional travel trailer.”

Ranking the Top 10 RV Manufacturers in the World in 2020

The top 10 RV manufacturers in the world have been dominating the market for decades and are transitioning to a new age of market positioning — targeting a younger demographic. The best RV brands listed below are leading the way for the market and this is BizVibe’s ranking based on a variety of factors including innovation, revenue, and brand power. what is the best RV brand in the world? Read on to find out.

Ranking 3rd on this list of the best RV brands is Thor Industries, an American manufacturer of recreational vehicles (RVs) that sells towable and motorized RVs through its subsidiaries brands including Airstream, Heartland RV, Jayco, Livin Lite RV, and others.  Thor Industries brought in revenues of USD 7.25 billion last year – making it one of the largest RV manufacturers in the world in terms of annual revenues in 2020. The company’s headquarters are currently in Elkhart, Indiana and has RV manufacturing facilities in Michigan, Ohio, Indiana, Idaho, and Oregon.

The company started in 1980 and expanded into the RV manufacturing market in 1991, by acquiring Indiana-based Dutchmen. Later on, the company went on to acquire more companies and built its presence as one of the top ten RV manufacturers in the world.

Coachmen RV is one of the most recognized RV manufacturers in the world and has been in the game for over 50 years. Recent accomplishments include selling over 600,000 RV units to date. Coachmen is under the ownership of Forest River Inc., and its current best RV models include the Pursuit, Freelander, Prism, and Leprechaun. Additionally, Coachmen builds diesel model RVs like the Sportscoach and gas models such as the Encore, Mirada, and Pursuit. Coachmen RV is located in Middlebury, Indiana with a primary manufacturing facility occupying over 220 acres serving as dedicated manufacturing facilities for Coachmen branded Class A Motorhomes, Class B Motorhomes, Class C Motorhomes, Fifth Wheels, and Travel Trailers.

Ranking 5th on BizVibe’s list of the top 10 RV manufacturers in the world in 2020 is Entegra Coach, a member of the Jayco family since 2008 and known for manufacturing some of the best luxury motorhomes. In addition to diesel Class A coaches, Entegra Coach has since expanded to manufacturing gas Class A and Class C RVs. The company is currently headquartered in Middlebury, Indiana, and the companies main offerings are a variety of different motorhomes and RVs.

Newmar Corporation ranks 6th on this list of the best RV brands. Founded in 1968, Newmar is currently headquartered in Nappanee, Indiana, United Staes. Newmar is mainly known for manufacturing and selling gas, diesel, and luxury motorhomes. The company has been in the game for over 50 years and owes its popularity to its founders who were RV enthusiasts themselves. The company is known for strong branding and promoting the RV lifestyle to its consumers to generate interest for the RV brand. Newmar is known as one of the best RV brands according to its customers.

7th on BizVibe’s list of the 10 best RV manufacturers is Jayco, a subsidiary of Thor Industries. Jayco deserves its listing due to immense quality and best in class awards for manufacturing Recreation Vehicles that consumers love. Headquartered in Middlebury, Indiana, its 3,200-person workforce is notable for manufacturing fold-down camping trailers, conventional travel trailers, toy haulers, fifth-wheel travel trailers, and motorhomes (Class A and C). In the past, the RV manufacturer won many awards including the Motorhome Silver Award in 2015 and the 2015 RVDA Titan Award.

Headquartered in Red Bay, Alabama, Tiffin Motorhomes is 8th on this top 10 RV manufacturers list. Tiffin is one of the industry leaders in quality and service for both Class A and Class C coaches. The company is known for its reputation for making high-quality RVs. Tiffin’s luxury Class A and C motorhomes lead the industry in manufacturing and sales across multiples segments.

Ranking 9th on this list of the top 10 RV manufactures in the world in 2020 is Airstream, notable for their distinctive rounded shape and aluminum build. Airstream is an American brand of travel trailers that employs over 800 people and can be dated back to the 1920s — making the company one of the oldest RV manufacturers in the business. The company is now a subsidiary of Thor Industries.

Rounding out BizVibe’s list of the top 10 RV manufacturers in the world in 2020 is Winnebago Industries, Inc, an American manufacturer of motorhomes, a type of recreational vehicle (RV), in the United States. It is based in Forest City, Iowa. The company currently sells and manufactures Class A, Class C, and Class B motorhomes; as well as fifth wheelers, travel trailers, toy haulers, and buses.

This is BizVibe’s list of the top 10 RV manufacturers in the world ranked by its placement, popularity, and brand power in the global RV industry. The best RV brands have paved the way for the next generation of motorhomes and recreational vehicles. We are seeing a younger demographic owning motor homes with the average age of RV ownership dropping to 45 and going down for 3 years in a row. This is the time to get into the RV business.

Reach out to these companies on BizVibe

Complete List of the Best RV Brands in the World 2020

Here is a complete list of the 55 best RV brands and all models, types, and class of RVs they manufacture.

The Future of the RV Industry

Looking past 2020, the future of the RV industry is targeting millennials. By 2025, sales of RVs will eclipse USD 75 billion. With millennials making up the largest group of campers, expect the top 10 RV manufacturers in the world like Forest River, Thor Industries, and Winnebago to target consumers between 30 and 45 going forward. The best RV brands in 2020 and beyond and shifting their focus and messaging to reach the next generation of buyers. 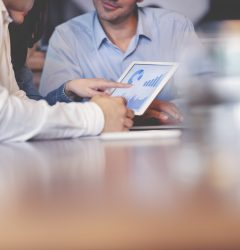