Daimler is voluntarily recalling and repairing 3 million diesel cars across Europe in order to cut harmful emissions, the company announced earlier this week. The vehicles will be upgraded free of charge to owners.

This recall is an extension of Diamler’s existing plan to upgrade more than 250,000 vans and compact vehicles, and will encompass most of the company’s diesel cars and vehicles that are currently on the road. Diamler has said that this mass upgrade will cost it around USD 255 million, and will involve a software patch. This move is critical to Diamler’s strategy to meet their targets for lower carbon-dioxide emissions, and is especially important after the 2015 Volkswagen emissions scandal.

Said Dieter Zetsche, chairman of Diamler’s board of management and head of Mercedes-Benz cars, “The public debate about diesel engines is creating uncertainty – especially for our customers. We have therefore decided on additional measures to reassure drivers of diesel cars and to strengthen confidence in diesel technology.”

The company’s faith in diesel cars remains strong, with Zetsche adding, “We are convinced that diesel engines will continue to be a fixed element of the drive-system mix, not least due to their low CO2 emissions.”

The German automobile company also announced that it will be rolling out its new OM 654 diesel engine across its entire model portfolio. It was first launched in its new Mercedes-Benz E-Class in 2016.

The company’s commitment to diesel cars and engines comes at a time when electric vehicles are pushing their way into the mainstream market. Major manufacturers are offering affordable electric cars targeted at middle-class consumer segments, and the vehicles’ popularity is being driven partly by increasingly strict regulations regarding emissions in many countries around the world. The electric vehicle market is thriving, with over 2 million electric vehicles on the road worldwide. Diesel, on the other hand, has become known for its more harmful impact on human health and the environment compared to electric and gas vehicles.

However, this does not necessarily mean that diesel is dead. Diesel cars are, at present, more affordable than electric vehicles, and are ultimately more convenient. Most major cities lack the infrastructure necessary to support large fleets of electric vehicles, but diesel cars can easily be re-fuelled.

How will this affect the automobile industry?

Diamler’s move will likely cause other manufacturers of diesel cars to reduce their vehicles’ emissions as well—in fact, German car manufacturer Audi announced this morning that it will offer a free software upgrade for 850,000 diesel cars in order to improve their emissions.

According to Arndt Ellinghorst, analyst at Evercore ISI, “What Audi and Mercedes have announced is just the tip of the iceberg. All other carmakers will follow and offer improvements to the engine management software. If this isn’t an industry-wide action, city driving bans might be the painful alternative.”

France Wants to Ban Sales of Gas and Diesel Cars b 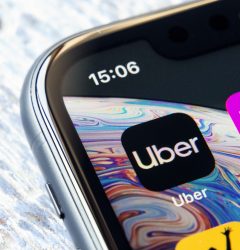