The stock market in the US, as well as other indexes in North America, Europe, in Asia, dropped Wednesday afternoon as Donald Trump threatened to meet North Korea with “fire and fury” should they take any action against the United States. North Korea responded by saying that it is prepared to fire missiles at Guam, a small, US-held island in the Pacific. Trump, in turn, took to Twitter to comment on the US’s nuclear capabilities.

Though most experts seem to agree that war with North Korea isn’t really on the table, investors are worried. The Dow Jones industrial average dropped by about 150 points following the bold statement. Goldman Sachs contributed the most losses. The S&P 500 declined by 1.1%, and fell below its 50-day moving average for the first time in a month. The Nasdaq composite also declined nearly 1%, with major players like Apple, Amazon, Netflix, and Alphabet trading lower. France’s CAC 40 share index saw a decline of 1.5% as of Wednesday afternoon, and Germany’s DAX index dropped 1.3%.

Financial and healthcare stocks were some of the most affected stocks in North America and Europe. Entertainment companies, such as Disney, were also down considerably following Trump’s statement.

“Trump’s comments about North Korea have created nervousness and the fear is if the President really means what he said: “fire and fury”,” said Naeem Aslam, chief market analyst at Think Markets in London, “The typical text book trade is that investors rush for safe havens.”

In accordance with this, stock market haven assets like the yen, gold, and the Swiss Franc are up. Gold rose by 1.2% on Wednesday. The  Japanese yen was strengthened by 0.5% to roughly 109.70 per dollar, and the Swiss Franc saw its biggest one-day increase against the Euro in more than a year.

How the stock market in the US and other stock markets worldwide will perform if tensions with North Korea rise remains to be seen.

My first order as President was to renovate and modernize our nuclear arsenal. It is now far stronger and more powerful than ever before….

…Hopefully we will never have to use this power, but there will never be a time that we are not the most powerful nation in the world! 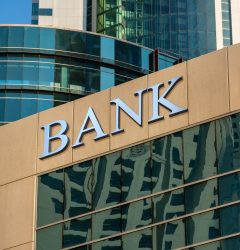 Top 10 Largest Banks in the World by Assets &