The Importance of Flocculants and Coagulants in Water Filtration

The Importance of Flocculants and Coagulants in Water Filtration

Water purification systems come in many different forms, depending on factors such as the size of the population that needs to be served by a given system, local environmental concerns, budgetary constraints and more. One constant across all systems is the use of chemical treatments, which are often key elements for any effluent water treatment process. Flocculants and coagulants are particularly useful for the removal of solids from wastewater, as they are both cost-effective and efficient.

Because of their positive charge, coagulants can neutralize the negative charge of unwanted particles found in effluent water. Once the particles are neutralized, they begin to stick together, creating larger particle masses which can then be easily filtered out via processes such as sedimentation or filtration. Without coagulants, the particles are often simply too small to be effectively filtered.

It is important to take into account the various factors that can influence the effectiveness of a given coagulant. Temperature, water type (hard or soft) and pH levels are all important variables to consider when making use of a coagulant. A water treatment company in an area that experiences variable temperatures may not, for instance, make use of the same coagulants during the winter as they would in the summer.

Flocculants are used in many different types of processes, such as cheese-making and brewing. When it comes to water treatment processes, they are used to remove microscopic particles that can affect everything from taste to appearance, smell and texture. Flocculation is a mixing process with results in accelerated particle collision. During flocculation, destabilized particles no longer hold repelling forces and begin to stick together, eventually forming a floc, which will either float to the top of the liquid or sink to the bottom. The former is referred to as creaming, while the latter is known as sedimentation. The floc can then be filtered out of the liquid.

Commonly used flocculants include iron, aluminium, calcium and magnesium. They are available in different forms, with different charges, molecular weights and charge densities. Flocculation is affected by mixing speed, the duration and intensity of the mixing process, the type of mixing device that is used and more.

How are flocculants and coagulants used in water filtration?

Flocculants and coagulants are not the water filtration process in and of themselves. The water treatment process can vary from environment to environment, but typically coagulation and flocculation fall right into the middle of the process. There are often several steps that come before coagulants even enter the picture.

For instance, the water might first pass through some sort of intake structure to remove any major debris. A set of screens might then filter out smaller debris. Chemicals are then added to pre-treat the water, regulating pH levels and disinfecting the water in order to control of taste and/or smell as needed.

Coagulants are then added in order to stimulate the formation of flocs. Flocculation then stimulates the formation of bigger flocs, which eventually become large enough to sink. Sedimentation involves filtering out the floc. The remaining water is then filtered again in order to remove remaining floc and other impurities via processes such as membrane filtration. The water is then disinfected again, and then possibly treated with fluoride before being stored for distribution.

When considering different coagulant and flocculant options available for a given municipal or commercial water treatment system, there are many factors to consider in order to avoid wasting money on ineffective chemicals, surcharges and more. Raw water quality (for instance, alkalinity, water hardness, etc.), the available processing equipment and the treatment objectives (potable use or industrial use) must all be appraised in a unique case-by-case basis in order to choose the right combination of coagulants and flocculants. With proper care and consideration, a water treatment company can ensure that they’ve selected the most appropriate treatments available to service the needs of their local community, clients and customers. 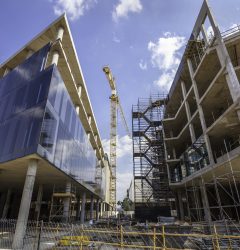 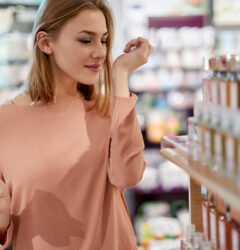 How to Get Your Product in Beauty Supply Stores in