Donald Trump’s manufacturing jobs initiative has seen the loss of five CEOs as of Tuesday evening following his remarks on this week’s protests and violence in Charlottesville, Virginia.

Kenneth Frazier, CEO of Merck, one of the US’s top pharmaceutical companies, was the first to resign from Trump’s American Manufacturing Council on Monday. In a statement, Frazier said, “As CEO of Merck and as a matter of personal conscience, I feel a responsibility to take a stand against intolerance and extremism.” Trump responded to Frazier’s exit on Twitter, writing, “Now that Ken Frazier of Merck Pharma has resigned from President’s Manufacturing Council, he will have more time to LOWER RIPOFF DRUG PRICES!” (Emphasis Trump’s.)

Frazier’s exit was followed by Under Armour CEO Kevin Plank on Monday night, who tweeted that he was stepping down to focus on “inspiring and uniting through power of sport.” Intel CEO Brian Krzanich and Scott Paul, president of the Alliance for American Manufacturing, also left.

AFL-CIO’s president Richard Trumka and Thea Lee, its deputy chief of staff, are the latest to leave the manufacturing jobs initiative as of Tuesday evening, following a press conference in which Trump seem to walk back previous statements regarding the actions of the alt-right in Charlottesville. Said Trump, “There was no way of making a correct statement that early. I had to see the facts, unlike a lot of reporters. I didn’t know David Duke was there. I wanted to see the facts.” He continued, “”What about the alt-left that came charging at the, as you say, the alt-right? Do they have any semblance of guilt? What about the fact they came charging — that they came charging with clubs in their hands, swinging clubs? Do they have any problem? I think they do.”

Trump announced the creation of the American Manufacturing Council back in January, recruiting a group of prominent business leaders to advise him on how best to create American manufacturing jobs and promote domestic production from a variety of industries. However, of the 28 individuals initially appointed to the manufacturing jobs council, only 19 remain. In addition to the CEOs and leaders who have left after Trump’s Charlottesville response, others have resigned after leaving their companies or in response to other decisions Trump has made. Tesla CEO Elon Musk and Disney CEO Bob Iger resigned in June after the US pulled out of the Paris Climate Accord.

Trump took to Twitter once again to respond, saying “For every CEO that drops out of the Manufacturing Council, I have many to take their place. Grandstanders should not have gone on. JOBS!” (Again, emphasis Trump’s.) So far, no CEOs have announced that they will be joining the manufacturing jobs initiative. 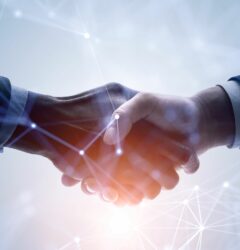