Oil production in the UAE is expected to undergo further cuts in September, according to Minister of Energy Suhail Al Mazrouei. The UAE is reportedly committed to its Organization of the Petroleum Exporting Countries (OPEC) oil production cuts, and will reduce all exports of its crude for September.

So far, the UAE has implemented just 54% of the 139,000 barrels-per-day cut it promised, according to the International Energy Agency. The agency predicted last year that the international oil glut would end by mid-2017 if OPEC members adhered to their production targets and non-OPEC producers remained committed to their promised oil production cuts. However, this has not happened and the glut has persisted.

UAE is committed to it’s share in OPEC production cut and will reduce Crude Export for September for all of it’s Crude types.

This announcement follows criticism from Khalid A. Al-Falih, Minister of Energy, Industry, and Mineral Resources of Saudi Arabia, towards OPEC members who were not showing commitment to their promised OPEC oil production reductions. Said Al-Falih, “Some countries continue to lag which is a concern we must address head on. Exports have now become the key matrix to financial markets and we need to find a way to reconcile credible exports data with production data.” Al-Falih also said that OPEC had spoken to the countries in question and that they had pledged to substantially boost their compliance with oil production targets.

The UAE is not the only OPEC member that has not adhered to their promised oil production numbers. So far, Iraq has only made about 50% of its 210,000 barrels-per-day cut, and Venezuela has not yet managed to hit 40% of its oil production cut.

BizVibe can connect you with the top oil production and oil services companies in the UAE. Join today to start creating new business opportunities in this lucrative market. 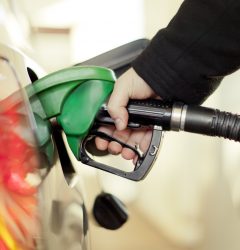