Within global renewable energy installations, solar power plants have enjoyed the fastest growth in volume over the past few years. Thanks to the vast availability and certainty of sunlight, solar power projects have outperformed other forms of renewable energy sources such as wind and geothermal. Moreover, with the advancements in technologies, including concentrated solar power generation techniques, and a decline in prices of PV modules, solar energy has become the most cost-effective source of renewable energy.

According to the recent report from BP, total solar PV power generating capacity reached 301 GW by the end of 2016, representing a 33.2% increase from 2015. A total 75 GW of new installations were added to the global solar energy capacity in 2016. The largest increments in 2016 were recorded in China (34.5 GW) and the US (14.7 GW), together accounting for two-thirds of the growth in global solar capacity. Japan provided the third largest addition (8.6 GW). China also leads in terms of cumulative installed capacity (78.1 GW), with more than a quarter of the global total. Japan (42.8 GW) moved past Germany (41.3 GW) to take second place, with the US (40.3 GW) now close behind Germany.

Here is a comprehensive look at solar power by country.

China has been leading the way in the global solar energy sector over the past ten years. In 2016, China installed nearly 40 GW of new solar projects, according to the IEA, ending the year with 78 GW of capacity. Momentum has continued in 2017, with 35 GW of installations in the first seven months of the year. Another 45 GW or more was expected to be installed by the end of 2017, further strengthening its top position in the global installed PV solar power capacity.

Despite the high solar energy capacity in China, solar energy production currently only accounts for around 1% of China’s total energy demand. A huge 66% of demand still comes from coal. The country’s National Energy Administration is planning that the renewable energy could supply 86% of the country’s energy needs, with solar providing around a third of that by 2050. Expect China to remain high on the list of top solar energy producing countries going forward.

Japan came in the second place in the top 10 solar energy producing countries list. The market has been driven by generous feed-in tariffs. However, due to the limited space for solar power facilities in the country, it won’t hold that spot for long. In 2016, Japan’s solar power installations fell 20%, and the government is reducing feed-in tariff rates to contain the industry’s growth.

Among the top spots, Germany and the US are also some of the world’s leading solar energy producers and consumers. In 2016, Germany newly installed just 1.5 GW of solar power capacity, enough to make it the world’s third largest solar power producing countries. In the US 14.7 GW of solar capacity were installed in 2016, the country is expected to grow its cumulative installed capacity from to 85GW by the end of 2020.

What Percent of the World Uses Solar Energy?

Just what country uses the most solar energy is always a popular question — and an important one. As recently as last year, solar power consumption surpassed the 1% global threshold. In Italy, Greece, and Germany — solar power energy supplied more than 7% of electricity demand. The numbers are climbing and the top solar energy producing countries are expected push this industry forward in the coming years. 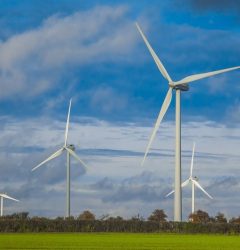