The UAE’s Petroleum Industry Overview: One of the World’s Largest

The UAE’s Petroleum Industry Overview: One of the World’s Largest

The petroleum industry in the United Arab Emirates (UAE) has long been one of the world’s largest in terms of oil reserves, petroleum production and crude oil exports, and has since become the backbone of the country’s economy. The UAE is currently the seventh largest petroleum producer and fourth largest crude oil exporter in the world; and hydrocarbon export revenues in the UAE are projected to account for $65 billion in 2017, roughly 20% of all export revenue. Today, despite the decrease in the country’s petroleum revenues caused by the decline in global oil prices, the UAE still remains as one of the most important players in the global petroleum industry

Connect with top petroleum companies in the UAE

Petroleum Industry production in the UAE

In 2016, The UAE produced 3.7 million barrels per day (b/d) of petroleum and other liquids, of which 2.9 million b/d was crude oil and the remainder was non-crude liquids (condensate, natural gas plant liquids, and refinery processing gain), making the UAE the fourth-highest petroleum producer in OPEC behind Saudi Arabia, Iraq, and Iran. A heavy programme of investment in Abu Dhabi, amounting to more than US$70 billion, continues as the emirate’s Supreme Petroleum Council (SPC) and the Abu Dhabi National Oil Company (ADNOC) seek to achieve a target of 3.5 million barrels per day by 2017.

Currently, the UAE has several crude oil streams, including the Murban—a light and sweet (low sulfur) crude oil that is the country’s primary export stream. Abu Dhabi has started offering a new crude oil stream called Das since 2014, which is a blend of two existing streams—the Umm Shaif and Lower Zakum crude oil streams. Zakum field is Abu Dhabi’s largest oil reserves with 50 billion barrels, and 585,000 bpd, and this number is expected to reach 1 million bpd by 2024.

Petroleum exports from the UAE

When it comes to international trade, the UAE is both a major exporter and a consumer of petroleum liquids. The U.S. Energy Information Administration (EIA) estimates that the UAE exported more than 2.5 million b/d of crude oil in 2016, with most of it going to markets in Asia. In addition to being a major global petroleum exporter, the UAE domestic market relies heavily on petroleum product imports to meet energy demand. Most of the UAE’s petroleum imports are residual fuel oil, with limited imports of motor gasoline and diesel fuel. 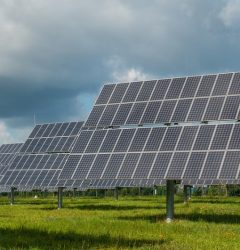