Olive oil has been one of the most produced and widely consumed vegetable oils around the world for centuries. Sometimes described as “the liquid gold” by the ancient Greeks. Spanish olive oil is considered as a luxurious and healthy ingredient widely used in food, cosmetics, and hygiene products nowadays. The Spanish olive oil industry is dominating in 2017 with the world’s largest olive oil production and highest olive oil exports. Historically, Spain has also been the top market in the olive oil industry.

The significant production of the Spanish olive oil market is attributed to the country’s vast olive cultivated area and preferential weather condition. The olive cultivated area in Spain is more than 25% of the world’s olive-growing area, which covers nearly 2.6 million hectares in the country, and Spain produces around 5.3 million metric tonnes of olive annually, making up to over 1 million tonnes of olive oil every year.

Where do they make olive oil in Spain? Production of olive oil in Spain is mainly concentrated around the Andalucian region where about 75% of the total olive production in Spain is obtained. The main olive varieties produced in the Andalucian region are Hojiblanca, Picudo, Picual, Lechin, and Verdial. Some of the other famous olive and olive oil producing regions in Spain include Castilla – La Mancha, Extremadura, Catalonia, Aragón, and Valencia etc.

The State of Spanish Olive Oil Exports in 2017

When it comes to olive oil exports, Spain is also the world’s largest olive oil exporter, exporting their products to more than 180 countries in the world, both in bulk and packaged. This means that Spanish olive oil is increasingly being considered among the best olive oil products. According to recent figures from ITC, Spain exported over $3.5 billion worth or 917,804 tonnes of olive oil to the global market in 2016, representing nearly half of the world’s total olive oil exports in that year. The main destinations of Spain’s olive oil exports are the USA, France, Portugal, United Kingdom, Australia, and China.

Spain’s leading position in the global olive oil market has also attracted a significant number of buyers and traders from all over the world to source the best business deals. To help your olive oil business stay at the peak of the industry, BizVibe provides the best solutions to source products and make business deals with the top olive oil suppliers in Spain. The state of the olive oil industry in Spain is expected to continue prospering.

An Overview of the Food and Beverage Market in the 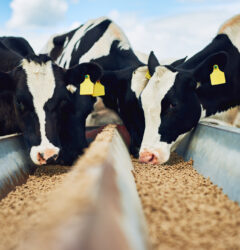