China has long been the world’s largest footwear producer and footwear exporter, while the top 10 largest shoe manufacturers in China continue to lead the domestic market with the strong performances in their shoe manufacturing and shoe sales across the country in 2018. Despite the growing international competition, some of the best shoe manufacturers in the world produce their products to major export markets out of China. China’s footwear market still shows no sign of slowing down over the next few years. With the increasing domestic demand for quality and stylish shoes in the country, many leading shoe companies in China are expected to achieve bigger success in China’s footwear market in the future.

According to recent studies done by IBIS World, the total revenue from China’s footwear manufacturing industry amounted US$104.7 billion in 2017, making it the world’s largest footwear producer once again. By far, China’s footwear industry consists of over 14,400 businesses with a total employment of 2.6 million people. Most of the major shoe manufacturers in China are currently located in the southeast coastal regions, while some of China’s largest shoe manufacturing provinces include Guangdong, Zhejiang, Chengdu, Chongqing, and Fujian.   Meanwhile, shoe sales in China are also booming, according to the report from Euromonitor, the total sales of China’s footwear market in 2016 was RMB 360.9 billion (US$57.2 billion), registering a 2% year-on-year increase. By 2021, this figure is expected to reach around RMB 438.2 billion (US$70 billion). Among all the shoe categories, women’s shoes were the top seller in 2016, delivering RMB 176.6 billion in revenue, and accounting for 49% of the total shoe sales in China; The sales of men’s shoes brought in RMB 136.3, representing 38% of the sales; While children’s shoes accounted 13% of the market with RMB 48 billion sales in 2016.   Here is a detailed look at the top list of shoe manufacturers from China that are leading the industry in 2018.

Daphne International Holdings Limited is a Hong Kong-based investment holding company, who is also one of the largest shoe manufacturers in China. The Company operates through several segments, including the sales of footwear products under Daphne and Shoe Box and other brands; the manufacturing of fashion and accessory products; and the e-commerce businesses through its subsidiaries. The Company mainly operates its businesses in China, Asia, Europe and North America.

Red Dragonfly Footwear Co., Ltd is one of the leading shoe companies in China, with its core business being the manufacturing and sales of leather shoes and apparels under the brand name Red Dragonfly. It’s also one of the largest leather shoes manufacturers in China. The Company’s main products are adult men’s and women’s shoes, children’s shoes and apparels, leather belts, leather wallets, leather handbags and suitcases, among others.

Yue Yuen Industrial Holdings, headquartered in Hong Kong, is the world’s largest branded athletic and casual footwear manufacturer in the world. Yue Yuen also operates one of the largest retail networks of footwear and apparel retailers across the Greater China region. It is well-known in the global market as the original equipment manufacturer (OEM) and original design manufacturer (ODM) for many major international shoe brands, such as Nike, Crocs, Adidas, Reebok, Asics, New Balance, Puma, Timberland. Due to its ever-popular footwear products, Yue Yuen Industrial Holdings is expected to remain a key influencer among the best shoe manufacturers in China for a very long time.

Founded in 1988 with its headquarter in Wenzhou, Zhejiang, Zhejiang Aokang Shoes Co. Ltd is another leading leather shoe manufacturer operates in China and internationally. It provides comfort and pedometer shoes for men and women. The company offers its footwear products under the Aokang, Kanglong, Redess, MeiRie, and VALLEVERD brands through its over 4000 shops and other retailers across China.

Spider King Group, also based in Wenzhou, Zhejiang, is one of the largest shoe manufacturers and distributors for upscale shoes in China. The Company specialized in producing and selling commercial leather shoes, casual shoes, fashion high heels, and many more. It’s sales network cover all over the world with over 2,000 licensed distributors and retailers in China. The company also has China’s leather logo certification and IS09002 international quality system certification.

Established in 1994 and listed on the Hong Kong Stock Exchange in 2007, ANTA Sports Products Limited is a leader in the sportswear market and one of the largest sport shoes manufacturers in China with a market value of over USD 7.39 Billion in 2016. It involves the business of designing, developing, manufacture and marketing sportswear, including sports footwear, apparel, and accessory under its own brand name, ANTA. Anta Sports is also the official sponsor of numerous sports teams, and high-profile players and associations including Klay Thompson, Rajon Rondo, Chandler Parsons, Kevin Garnett from the NBA and Filipino boxing legend Manny Pacquiao.

Founded in 1992, Yearcon is one of the most popular and award-winning shoe companies in China that designs, develops, manufactures, and sells shoes with operations across China. At present, Yearcon has over 6000 employees working in its 35 regional sales centers across the country as well as more than 3,000 franchise stores.

Founded by the Chinese legendary gymnast Li Ning in 1989, Li-Ning Company Limited is one of the largest sports brand companies in China, mainly providing sporting goods including footwear, apparel, equipment and accessories for professional and leisure purposes primarily under the LI-NING brand. Sports shoes are the company’s best-selling product category, making Li-Ning one of the largest shoe manufacturers in China today. It has also established an extensive supply chain management system and a retail distribution network in China.

Camel is one of the best-selling shoe brands in China, which is owned by its mother company Camel Apparel Ltd based in Guangzhou, Guang Dong. Camel is well known in China for its design, manufacture, distribution, retailing and exports of leather shoes, outdoor shoes, and casual shoes. It is also the best-selling shoe brand in China’s major e-commerce platform Taobao.com.

The Future for the Top Shoe Manufacturers in China

Michael Kors to Acquire Jimmy Choo in Deal Worth $ 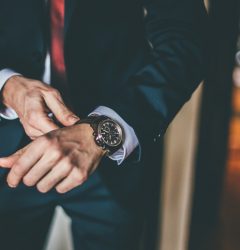