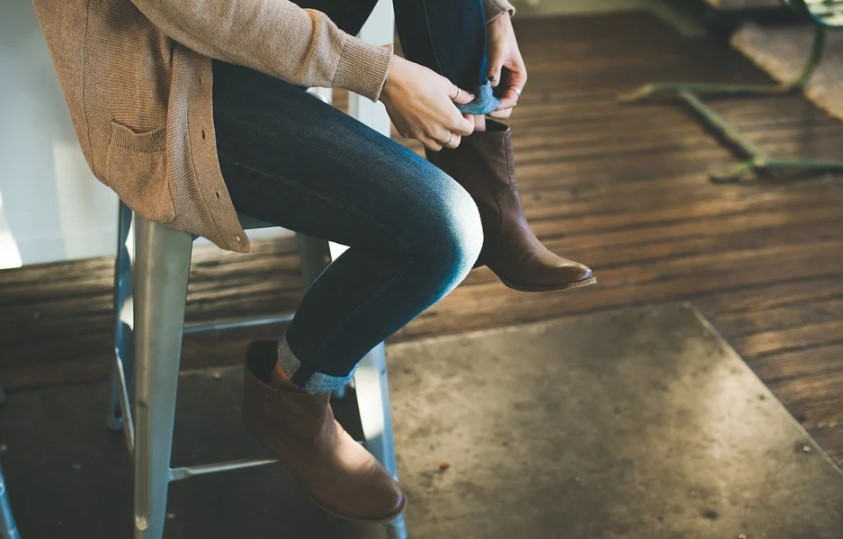 The top 10 shoe companies in India has witnessed a strong growth in their domestic sales and export earnings over the recent years, thanks to the fact that footwear industry in India continues to boom at a substantial rate. Today, India is the second largest shoe producer and tenth largest shoe exporter in the world. With the increasing focus on technology and innovation in footwear production, as well as the continuously effective support from the government, the top shoe companies in India are expected to achieve greater success in the domestic market and further strengthen their competitiveness in the global market. Now it’s a crucial time to connect with the top 10 shoe companies in India and grow your footwear business to another level.

This industry fact sheet is to assist industry professionals, investors, and people in general that are interested in gaining insights into Indian’s footwear industry including:

Bizvibe’s smart B2B marketplace solutions help buyers and suppliers in the global footwear industry to find and connect with each other, shorten sourcing and purchasing cycles, and maximise profit growth. Join today to see how BizVibe can help your business grow!

Browse 1,000+ Profiles: Discover companies in the footwear manufacturing industry and get access to detailed company profiles for free.

While China remains as the largest footwear producer in the world, India is catching up quickly. According to the market forecast from Netscribes, the Indian footwear market is projected to reach INR 790.6 billion (USD 11 billion) by 2023. Several major factors are driving the growth of the footwear market in India, including rapid urbanization, growing disposable income, supportive government initiatives, and the fast development of e-commerce market.

India’s shoe production has surpassed total 22 billion pairs annually since 2018. At present, India accounts for nearly 13% of the total global footwear output per year. Meanwhile, India’s shoe exports are also growing year after year, reaching nearly US$ 3 billion in 2019, registering an impressive annual growth rate of 8% in the last five years. Over the decades, many leading shoe companies in India have also evolved to become some of the most popular footwear suppliers in the global market.

The footwear industry in India is highly labour intensive and currently employs close to three million people. The footwear industry in India is highly fragmented as approximately 75% of the production comes from the unorganised sector including very small, small and medium enterprises. Some of the major footwear production centres in the country include Kanpur and Agra in Uttar Pradesh, Ranipet, Vaniyambadi and Ambur in Tamil Nadu.

Bata is one of the largest retailers and leading manufacturer of footwear in India, established in 1931 as Bata Shoe Company Private Limited. Its Batanagar manufacturing facility is also the first of its kind in India to have been given the ISO: 9001 certifications. Today, Bata India has established itself as India’s largest footwear retailer with a retail network of over 1,200 stores across the country. The stores are present in prime locations and can be found in all the metros, mini-metros, and towns.

Liberty Shoes, established in 1954 in Karnal, Haryana, is one of the largest shoe companies in India and amongst the top five leather footwear manufacturers in the world. The company produces 50,000 pairs of footwear a day through its six manufacturing units and has established its presence around the globe, registering an annual turnover of over Rs 5 billion (US$ 80.3 million).

Paragon Footwears is one of India’s leading footwear manufacturers founded in 1975. Today, Paragon’s total production capacity (in-house) is 400,000 pairs a day. Apart from in-house production, Paragon has also outsourced production of footwear in Bangalore, Hyderabad, Kottayam, Calcutta and other parts of the country. The total sales are approximated to 14,00,00,000 pairs each year. Promoted by the Paragon Group of Companies, it has four major ISO-9001 certified factories across the country.

Lancer was founded in 1989 and headquartered in New Delhi. Lancer operates its footwear production in its 7 manufacturing facilities spread across Delhi and Haryana. As one of the top shoe brands in India, Lancer’s portfolio of products rests on the strong foundations of institutional strengths derived from its deep consumer insights, cutting-edge Research & Development in the footwear industry, differentiated product development capacity, strategic brand-building, world-class manufacturing infrastructure, efficient marketing and distribution network.

Relaxo Footwears Ltd. is one of the most popular shoe companies in India. Relaxo footwears brand provides a wide range of fashionable and comfortable shoes, slippers, flip flops and sandals for women, men, and kids at an affordable price. With its headquarter in New Delhi and 8 manufacturing units, Relaxo produces over 6 lacs pairs of footwear every day. Relaxo footwear’s range boasts a fine combination of comfort, style, and quality workmanship. A wide collection of fashionable, colourful, comfortable and durable footwear for men, women, and children.

Red Tape is a leading manufacturer of footwear in India that has achieved a global presence over the decades. Red Tape is specialized in men casual leather shoes, men formal shoes & men sneakers shoes based in Kanpur, Uttar Pradesh. Emerging as a leader in the high-end fashion Footwear segment, the Red Tape’s footwear range is designed in its in-house design studios in UK and Italy, with manufacturing them to International standard of quality and materials. Red Tape products are also being sold globally through the company’s extensive global distribution.

Hitz has emerged as a most trusted fashion brand in footwear segment. The Hitz footwear range is designed according to latest fashion and trends using high-quality materials. Having become one of India’s favorite men’s footwear shoe companies. Hitz is specialized at designing, manufacturing and distributing mainly men’s leather footwear.

Tirubala Group is the one of the India’s largest manufacturers and exporters of high quality, fashionable footwear for men, women and kids. Tirubala has international markets comprising countries like EU, USA, UK etc. and it also manufactures footwear products for many international brands such as Mango, Tempe, Arcadia Group, Bimba and Lola, Hoogenbosch, Lloyds, Esprit, Zara, Bershka, and Topshop.

If you are a supplier, REGISTER here for FREE to supply your products/services to these top footwear companies

If you are buyer, REGISTER here for FREE to send RFP/RFI to these leading shoe suppliers.

Key Trends Shaping the Future of the Footwear Market in India

To help your footwear business stay at the top of the industry, BizVibe provides the best solutions to source the products and make the best business deals with the top footwear manufacturers in India. Don’t miss your chance to connect with the best industry suppliers, manufacturers, and exporters on BizVibe. Whether you’re conducting competitive research or looking for new and reliable suppliers, quality producers or top wholesalers, BizVibe makes it easy to grow your business. No matter what your professional goals are, BizVibe will help you reach them by introducing you to key industry players, decision-makers from the top shoe companies in India.