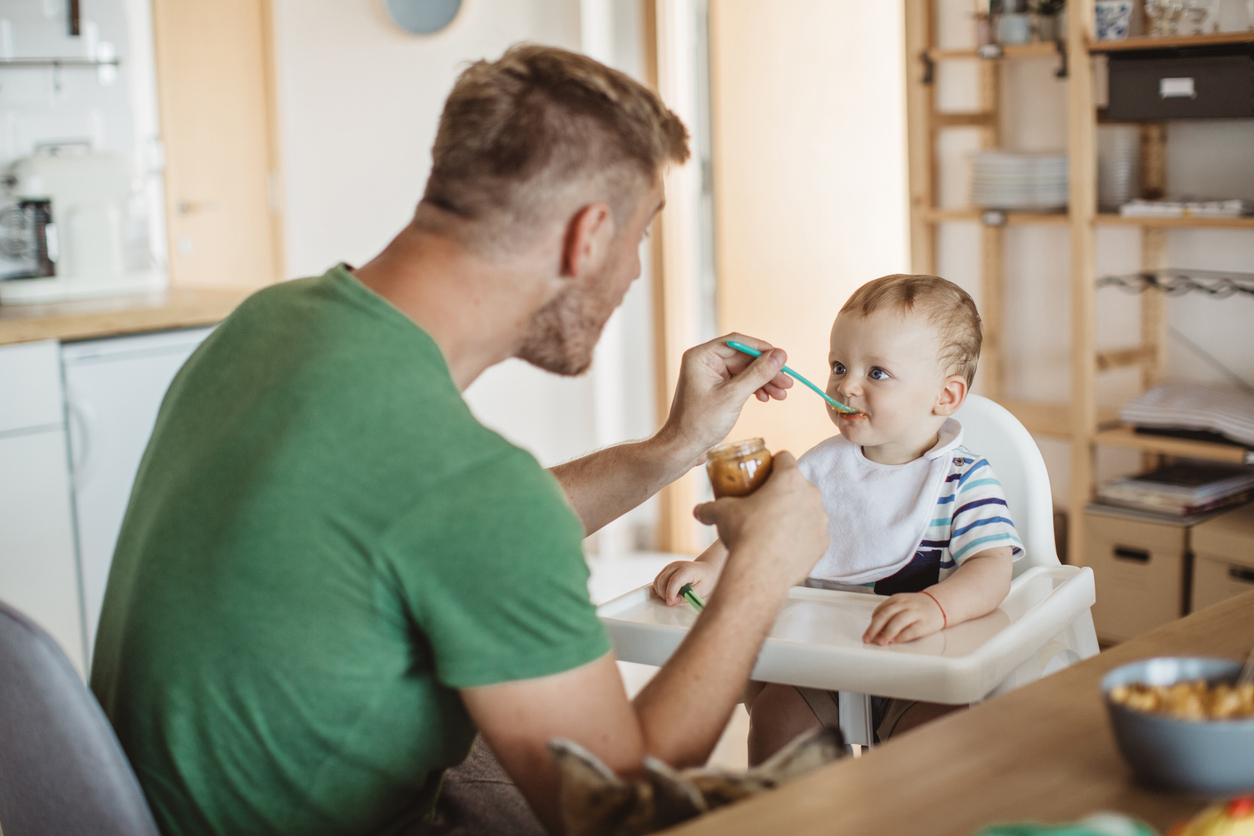 The Current State of the Best Baby Food Brands in 2022

The global industry for baby food will continue to grow over the next five years as the top 10 best baby food brands in the world, who represent over 50% of the total market share, continue to expand their reach. The baby food market is expected to reach USD 140.96 billion by 2030. Increasing research and development activities for the development of new food products and the rising demand for baby foods in emerging economies, especially China and India, will drive market growth. The top baby food companies in the world are leading this growth, attributed to the increasing popularity of “solids” and baby food in general among parents looking for a healthier option than traditional baby cereal.

How big is the baby food industry? The global baby food market size was valued at $67.3 billion in 2019 and is projected to reach USD 140.96 billion by 2030. The biggest driving factor for this growth will be the increase in disposable income. As more people become affluent and able to afford it, they will spend more on baby food for their children. Another major factor for growth is the increase in demand for convenience. Parents are busier than ever before and want to make their lives easier where possible. Baby food is an easy way to do this, as it doesn’t require them to cook or prepare any ingredients themselves.

Baby food is an essential part of a growing child’s diet. It provides nutrients, vitamins, and minerals that are essential for their growth and development. There are many types of baby food available in the market today, but not all of them are suitable for your baby’s needs. In this article, we will discuss some of the top baby food makers that manufacture high-quality products at affordable prices.

The market for baby food is dominated by large companies such as Plum Organics, Gerber, and Cerebelly. These companies have a strong distribution network and offer products across all segments of the market.

This article will provide a breakdown of the top 10 best baby food brands in the world as of 2022, including information about their revenues and production capability. This data can help you answer the following questions about the global baby food industry:

BizVibe is an online platform that connects business buyers with suppliers. The platform provides users with detailed information about hundreds of thousands of animal feed manufacturers, including top companies such as Plum Organics, Gerber, Cerebelly, and more. For each company profile, users can access best-in-class supplier intelligence highlighting key products and services, risk of doing business with the supplier, industry opportunities for those products and services, key executive information, competitor insights, and much more.

What is Baby Food? Baby food is usually defined as food for infants between the ages of 4 months and 2 years old. This includes both liquids and solid foods that are made specifically for babies. Baby formula is also considered a type of baby food but it’s not included in this report since it’s treated separately by many countries’ governments and organizations like the World Health Organization (WHO).

In this article, we’ll go over the global baby food industry stats and trends you need to know about.

The following is a list of the top 10 best baby food brands in the world in 2022 ranked by production capability, revenue, influence, and more. We also elaborate on the specifics of their product and service offerings, their main achievements, and where in the world the leading baby food manufacturers are located.

Here is a ranking of the best baby food brands in the world based on various factors, including production, revenue, and market leadership.

Gerber (owned by Nestlé) ranks number one on this list of the top 10 best baby food brands in the world in 2022. Gerber is one of the most popular and trusted brands of baby food products in the world. It has been around since 1927 and was started by Dorothy Hinde and her husband Frank Gerber. The brand was acquired by Nestlé in 2007 for USD 5.5 billion but continues to operate under its name as part of Nestlé’s Health Nutrition Division. The brand is sold globally and is especially popular in North America, where it has been the most popular baby food brand since the 1980s.

Happy Family has won numerous awards, including being named the Best Baby Food Brand of 2019 by Parents magazine.

Plum Organics ranks 4th on this list of the best baby food brands of 2022. Plum Organics is the baby food brand of Campbell Soup Company. It was launched in 2004 and is known for its organic, non-GMO, gluten-free products. The company sells its products through grocery stores, mass merchandisers, and specialty retailers nationwide as well as online at plumorganics.com.

The company also offers a line of frozen toddler meals, including macaroni & cheese and lasagna dinners.

Earth’s Best ranks 5th on this list of the best baby food brands. Earth’s Best is a brand of baby foods, infant formula, and toddler foods. It is owned by Hain Celestial Group and was founded in 1978. Earth’s Best offers a variety of products including baby food pouches and jars, teething biscuits, pureed fruits and vegetables, toddler snacks, and organic formulas. The company also produces products for infants with allergies or intolerances to dairy or soy.

Earth’s Best has won several awards including the National Parenting Publications Awards for Best Baby Food Brand in 2016 and 2017. Earth’s Best is one of the leading brands of baby food in the United States, with about $50 million in annual sales. The company also produces organic and gluten-free products for adults and children.

Parent’s Choice has been named one of the best baby food brands by both Parents magazine and Baby Zone. It also offers a range of organic products certified by the USDA. Parent’s Choice offers a variety of baby foods including cereal, fruits, and vegetables, jarred meats, and meals such as chicken or beef teriyaki with rice. The company also produces toddler snacks such as puffs, crackers, and pretzel sticks.

Cerebelly ranks 7th on this list of the best baby food brands in the world. The brand is owned by Nestle and has been producing cereals since the 1940s. Cerebelly offers a wide range of products for babies, toddlers, and adults.

Cerebelly’s products are made with organic ingredients that are free from artificial flavors and preservatives. This makes them suitable for infants who are allergic to common food additives such as gluten and soy.

The company also offers a wide range of meals in jars that can be stored at room temperature for up to one year without spoiling. These products are available in three different flavors; fruits, vegetables, and grains, so you can choose what suits your child best depending on their age.

Cerebelly also offers snacks for kids aged two years old and above who have outgrown baby food but still need nutrition to fuel their growing bodies. These include bars, granola bars, fruit snacks, yogurt, and more.

Baby Gourmet is a leading Canadian manufacturer of baby food and toddler snacks. The company was founded in 1989 by two brothers, John and Paul Gunn. They were inspired to create their own baby food after their father had a heart attack and their mother had to give up working because of the stress.

Today, Baby Gourmet sells its products in over 50 countries around the world. Its headquarters are in Calgary, Alberta, Canada. The company employs more than 1,000 people worldwide who work at its main facility in Switzerland.

In addition to making its brand of baby food, Baby Gourmet also manufactures private label products for several major retailers around the world including Walmart, Target, and Costco.

Once Upon a Farm ranks 9th on this list of the top 10 best baby food brands in the world in 2022. Once Upon a Farm is a brand of organic baby food. It was founded in 2004 by Dawn Jackson Blatner, a registered dietitian, author, and nutritionist. The company is based in Chicago and sells its products through a network of independent distributors.

Once Upon a Farm has been featured on Oprah’s Favorite Things list for several years running. It also won the Best Brand award at Expo West 2016 in Anaheim, California, and the Best Organic Baby Food Award from the National Association of Specialty Food Trade (NASFT).

Rounding out this list of the top 10 best baby food brands in the world in 2022 is Happy Family Organics. This brand has been around since 2005, and it prides itself on being a family-owned business that focuses on making organic products for babies and young children.

The company’s mission is to provide infants with healthy food choices to ensure that their bodies are getting the right nutrients to develop properly. They have a wide variety of products, including fruit purees, veggies, grain cereals, meaty meals, and more. The brand also has an entire line dedicated just to toddlers aged one to three years old.

This is BizVibe’s list of the top 10 best baby food brands in the world. Baby food manufacturers are focusing on increasing the health benefits of their products through the use of organic ingredients and other natural additives. One company that has made this shift already is Plum Organics, which recently launched an organic line of fruit pouches with 100% Certified Organic Fruit Juice and no added sugar or artificial flavors or colors. “We’re seeing more and more parents looking for ways to reduce their child’s exposure to harsh chemicals,” says Plum Organic’s Director of Marketing in an interview with FoodNavigator-USA.”It’s not just about organic but about being able to make choices about what goes into your child’s diet.” Big companies like Plum Organics and Gerber have found success in the baby food market by targeting parents with the right strategies. Research how these companies approach baby food and draw inspiration from their methods.

The Future of the Animal Feed Industry

The future of the baby food industry will be determined by two factors:

Baby food is a $2 billion market, with most sales occurring in supermarkets and grocery stores. The largest products are jarred and canned baby foods, followed by purees and cereals. The next generation of parents is buying these products as they seek convenience and value in their purchases. But they also want to feed their children nutritious foods that will help them grow into healthy adults.

The Baby Food Industry Is Growing

According to Nielsen’s 2014 Global Consumer Confidence Survey, 60 percent of Americans say they are more likely to buy organic baby food than non-organic baby food. And the demand for organic foods is growing rapidly across all age groups — including babies and toddlers! Companies must choose the right strategies to meet consumer needs.

Additional Animal Feed Manufacturers in the World in 2022

In addition to the top animal feed companies, there are various other animal feed industries to keep an eye on in 2022.

These are the top 5 largest baby formula manufacturers in the world in 2022.

Check out the full list of the top baby formula manufacturers on BizVibe.

Additional Companies from the Baby Market

Network with the complete list of baby market companies on BizVibe