top food and beverage companies in the united states

Top 10 Food and Beverage Manufacturers in the US

The food and beverage industry is an essential part of the US economy, making up approximately 5% of the country’s GDP and 10% of its employment. There are almost 27,000 food and beverage organizations and businesses in the US employing 1.5 million people, making the market highly competitive. Vendors need to earn consumer trust and loyalty in order to successfully compete in this industry. Here’s BizVibe’s list of the top 10 food and beverage manufacturers in the US:

If you’re looking for business partners, whether in the food and beverage industry or elsewhere, BizVibe has you covered. BizVibe is home to over 250,000 food and beverage companies and over 7 million companies across all industries. Register today and connect with thousands of suppliers, manufacturers, potential customers, and more from around the world. 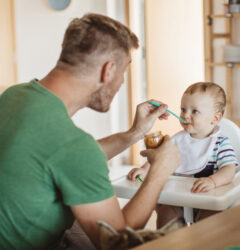