The lettuce market in Spain has long been one of the world’s largest in terms of lettuce production and lettuce exports. After a shortage of lettuce supplies early this year, due to bad weather affecting the cultivation of lettuce in Spain, both production and exports of lettuce in the country are likely to bounce back. As the demand for lettuce grows at a steady pace in the global market, an increasing number of importers are looking for lettuce exporters from Spain — making Spain one of the most popular sourcing markets for lettuce.

Lettuce is an excellent source of vitamin K, vitamin A, folate, and iron; therefore are widely consumed in salads, soups, sandwiches and as vegetables. There are many different varieties of lettuce grown and exported from Spain. Most common types of lettuce exported from Spain are iceberg lettuce, romaine lettuce, red leaf lettuce, and butterhead lettuce. While lettuce suppliers in Spain are famous for supplying large amounts of all these lettuce types to the different markets around the world.

Grow your business, network with top lettuce suppliers in Spain

According to data from Statista, Spain produced approximately 915,000 metric tons of lettuce in 2016, despite lettuce production volume declining 14 thousand tonnes in comparison with the previous year. Despite this regression, Spain is still the fourth largest lettuce producer in the world after China, the United States, and India.

Murcia is Spain’s largest lettuce growing region and one of the biggest lettuce sourcing hubs on the continent. In 2013, Murcia produced 370,451 tons of lettuce, and the year before that the region accounted for 74pc of all lettuce exported by the country.

Murciana de Vegetales, located in Fuente Álamo (Murcia), is one of the leading lettuce supplying companies in Spain that exports lettuce, sending the majority of its production to distributors and large supermarket chains in the United Kingdom, Germany, France and other European countries.

When it comes to exports, Spain is currently leading the world, exporting more of these products than any other country. Spain annually exports approximately 502,000 tonnes of lettuce, worth about 423 million euro, representing around 34% of the total global lettuce export every year, making Spain the world’s largest lettuce market.

German was the largest lettuce importer of Spanish lettuce in 2016, importing 186,000 tonnes of lettuce worth 156 million Euro. France was the second largest customer, with 115,500 tonnes worth 104 million Euro. The United Kingdom ranks third with 115,200 tonnes and 102 million Euro. Over 90% of Spanish lettuce was exported to European countries due to an increase in consumption and demand from these regions. European free trade policies are also helping Spanish suppliers and exporters to trade in these countries hassle-free

The prominence of the lettuce market in Spain has attracted a significant number of buyers and traders from all over the world. To help your vegetable business stay at the top of the industry, BizVibe provides the best solutions to source products and make the best business deals with the top lettuce suppliers in Spain. Don’t miss your chance to connect with the best industry suppliers, manufacturers, and companies on BizVibe. 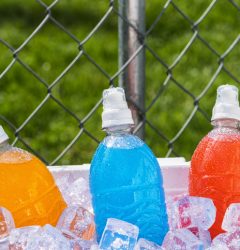