Tea Industry in China: Remains Largest in the World (2017)

The tea industry in China remains the largest in the world and China has been dominating in the global tea industry for centuries. Initially originating from China, tea is now the world’s most widely consumed beverage due to its taste, health benefits, and many varieties. Today, China not only continues to produce the largest quantity of tea in the world but the nation is also famous for being the world’s number one tea exporter and supplying some of the world’s best tea in the global market.

Grow Your Professional Network: Connect with the Top Tea Producers in the China

In recent decades, the tea industry in China has seen rapid growth; mainly driven by the increasing demand in both the domestic and international market. China’s Minister of Agriculture also reports that China produced over 2.4 million tons of tea in 2016, accounting for 40% of all the tea grown in the world. Last year, over 2.87 million hectares of land in China was used to grow tea, a larger numbers than anywhere else in the world, making China the world’s largest tea producer.

According to a recent report from IBIS, the tea market raised its share in China’s beverage market from 7% in 2000 to 26% in 2015. Over the past five years, China’s tea market revenue has been grown at a CAGR of 9.4% to an expected $20.3 billion in 2017. Today, China is already the world’s largest tea market with over 2 million tons of tea consumed in 2016, averaging over 1.5 kg of tea consumed per person per year.

Guangdong, Zhejiang, and Yunnan are the major provinces for producing tea in China, together they account for over half of the total tea industry revenue every year. The industry’s development is highly dependent on raw materials and consumer markets, and these provinces have rich tea resources and preferential weather conditions for tea growing.

Tea exports from China have also witnessed a significant surge over the last decade. Since the Chinese Government has abandoned its system of quotas and licensing restrictions on tea exports in 2006, the number of tea producers and tea exporters in China have been rising alongside a few state-owned tea companies. According to recent data from the International Trade Centre, China exported nearly $1.5 billion worth or 331,800 tons of tea in 2016, representing over 21% of the world’s total tea supply in that year. Morocco, Vietnam, the USA, Senegal, and Ghana are some of the largest importers for Chinese tea.

China’s leading position in the global tea market has also attracted a significant number of buyers and traders from all over the world. To help your tea business stay at the peak of the industry, BizVibe provides the best way to source products and make business deals with the top tea producers in China. The state of the tea industry in China is expected to continue growing. Network with global influencers in a thriving market today. 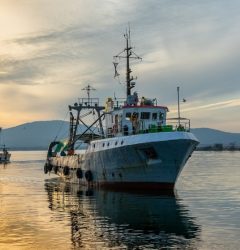