Agriculture Industry in the United States: 10 Key Facts and Figures

Agriculture Industry in the United States: 10 Key Facts and Figures

The agriculture industry is one of the largest sectors in the United States, covering a variety of segments, from farm business, to food manufacturing, to food services. The US is not only one of the world’s largest producing and consuming markets for agricultural products, but it is also one of the top agriculture exporters in the world, exporting significant amounts of corn, soybean, wheat, meat, and milk to the global market every year.

The increasing global demand for corn, cereals, and other corn products is fueling the growth of the agriculture industry in the US. Therefore, new business opportunities are constantly being created in the US corn and cereal industry. BizVibe helps customers identify new product sourcing opportunities with the best experts from the top corn exporters in the US, and leading cereal suppliers in the US. This modern business networking platform is targeted towards companies that want to simplify the buying and selling process, get quotes faster, and reach leading players from the agriculture industry in the US.

1. According to the recent figures revealed by the USDA (United States Department of Agriculture), agriculture, food, and related industries contributed $992 billion to the US GDP in 2015, while the output of America’s farms contributed $136.7 billion of this sum.

2. There over 21 million direct and indirect employments in the US agricultural and food sectors, representing around 11.1% of the total workforce in the country.

3. Female workers make up around 30% of the total employment in the US farm sector.

4. According to the latest report from the American Farm Bureau Foundation, the US currently has over 2.1 million farms. Each farm feeds 165 people annually in the country and abroad. The global population is expected to increase to 9.7 billion by 2050, which means that the world’s farmers will have to grow about 70 percent more food than what is now produced.

5. In 2016, $135.5 billion worth of American agricultural products were exported around the world. The United States exports more food and fiber to world markets than imports, creating a positive agricultural trade balance.

6. In the milk production sector, the pounds of feed (grain, forage, etc.) a dairy cow needs to eat to produce 100 pounds of milk has decreased by more than 40% on average in the last 40 years.

Grow Your Business Network: Connect with the Top Corn Exporters in the US

8. The US is the world’s largest producer and exporter of corn. Corn grain exports represent a significant source of demand for US producers and make a significant net contribution to the US agricultural trade balance.

9. As the largest corn exporter in the world, the US exports the majority of its corn (almost 30%) to Mexico. Japan imports the second-largest amount of American corn, accounting for 25% of all corn exports from the US. Colombia and South Korea are also key importers in this market.

10. Soybean is the second highest produced crop in the US, after corn. Soybean production in the US totalled a record high of 4.31 billion bushels in 2016, up by 105 from 2015. The average soybean yield is estimated at a record high 52.1 bushels per acre, 4.1 bushels above last year’s yield. Harvested area in 2016 was also a record largest at 82.7 million acres.

Related to the Agriculture Industry in the United States

Related industry: top wheat suppliers in the US

Related industry: top cereal Suppliers in the US 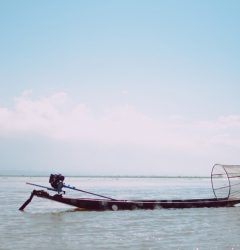