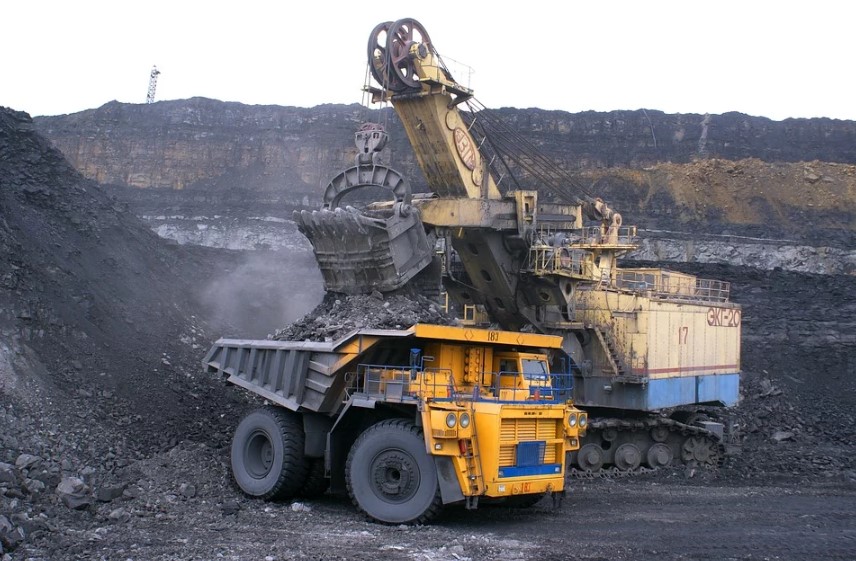 The world’s top 10 largest coal mining companies continues to steer the steady growth of the global coal mining industry in 2020. Coal is currently one of the most commonly used energy resources on earth, with the continuously increasing demand driven by coal requirements for several purposes and rise in electricity generation at large, many world’s largest coal mining companies are investing heavily on R&Ds of mining techniques and efficiency of coalmine sites. BizVibe’s industry factsheet shows that the global coal mining industry is expected to maintain a CAGR of over 2% till 2022.

Bizvibe’s smart B2B marketplace solutions can effectively help buyers and suppliers in the global coal mining industry to find and connect with each other, shorten the sourcing and purchasing cycles, and maximise their profit growth. Join today to see how BizVibe can help your business grow!

According to the latest industry report from IEA, the global coal production recorded as 7813.3 million tonnes (Mt) in 2018, representing a 3.3% year on year growth. Four of the world’s six largest coal‑producing countries increased their output, with three of them – India, Indonesia and the Russian – producing their largest outputs ever. Indonesia and Russia recorded all-time high coal exports. Average prices in 2018 were more than 60% higher than in 2016, making coal very profitable. Export revenues of USD 67 billion – the highest ever – made coal Australia’s top commodity export.

IEA also reports that coal remains a major fuel in global energy systems, accounting for almost 40% of electricity generation and more than 40% of energy-related carbon dioxide emissions. China, India, the US, Germany, and Russia were the top-five coal-consuming countries, accounting for over 75% of global consumption. Demand in China and the US declined due to measures implemented by their respective governments to reduce dependency on coal for generation of electricity. Over the forecast period, the global consumption of coal is expected to grow at a CAGR of 2.2% to reach 8.4Bnt in 2021, supported by robust demand from India and Indonesia, with nominal growth across South Africa, the US, and Russia.

China, which is home for several world’s largest coal mining companies, is currently leading the chart of the world’s largest coal producing countries. Meanwhile, China is also the world’s largest coal consumer. Rapid growing electricity consumption and infrastructure development have pushed coal use up in the last few years. IEA points out that the decline of coal use in the residential and small industrial sectors continues because of air pollution concerns. Coal use in heavy industry also drops, driven by structural changes in the economy as well as macroeconomic conditions in the coming years. China’s coal power generation continues to grow, although at a slowing rate. Its share of the power generation mix is expected to fall from 67% in 2018 to 59% in 2024. Overall, coal demand in China is expected to plateau by 2022 and then starts to decline slowly.

Established in 1995, China’s Shenhua Group is a state-owned coal mining organization. It is one of the largest enterprises featuring the one-stop business of production, operation, and transportation, with coal business being its foundation, and electricity, port, aviation, railroad, coal-to-chemical, as well as coal-to-liquid operations, all being integrated. Shenhua is currently one of the largest coal mining companies in the world with the highest level of modernization and the largest distribution worldwide. Recently, the government of China approved the merger of Shenhua group corp., with power major China Guodian Corp. With assets of $271 billion, the new organization will be the world’s second-largest company by revenue and largest by installed capacity.

BHP Group engages in the natural resources business worldwide. It operates through Petroleum, Copper, Iron Ore, and Coal segments. The company engages in the exploration, development, and production of oil and gas properties, and mining of copper, silver, zinc, molybdenum, uranium, gold, iron ore, and metallurgical and energy coal. It is also involved in mining, smelting, and refining of nickel; the provision of towing, freight, marketing and trading, marketing support, finance, administrative, and other services; and potash development activities. BHP Group was incorporated in 1885 and is headquartered in Melbourne, Australia.

Coal India Limited (CIL) is a state-owned coal mining organization based in India. It one of the largest coal producers in the world. Operating through 82 mining areas with seven wholly owned coal making subsidiaries, CIL crossed the threshold of half-a-billion tons in 2016, both in coal off-take and production. The company is pursuing initiatives to acquire high CV thermal and metallurgical coal assets abroad to enhance the energy security of the country. Since 2018, the company has announced its list of possible destinations for investment, including the US, Canada, Columbia, and Indonesia, the coal mining giant has decided to focus on South Africa and Australia for the current acquisitions.

Shaanxi Coal Industry Company Limited, together with its subsidiaries, mines, produces, washes, processes, and sells coal in China and internationally. It primarily explores for power, chemical, and metallurgical coal. The company has coal reserves of 16.433 billion tons; and recoverable reserves of 10.269 billion tons. Its coal properties are primarily located in Northern Shaanxi and Huanghua of China. The company was founded in 2008 and is based in Xi’an, China.

Teck Resources Limited was founded in 1906 and is headquartered in Vancouver, Canada. It researches, explores and produces natural resources in the Asia Pacific, the Americas, and Europe. It operates through five segments: Steelmaking, Coal, Copper, Zinc, Energy, and Corporate. In addition, the company holds interest in oil sands projects and other interests in the Athabasca region of Alberta; and owns interest in exploration and development projects in Australia, Chile, Ireland, Mexico, Peru, Turkey, and the United States.

Yancoal Australia Ltd (Yancoal) is Australia’s largest pure-coal producer and one of the world’s largest coal mining companies. Operating five mines and managing five others across New South Wales, Queensland and Western Australia, Yancoal also has a ~50% share in the Middlemount joint venture. Yancoal currently employs approximately 3,000 people, sourcing the majority of its people from the local communities in which it operates.

Alliance Resource Partners, L.P. is a diversified coal producer and marketer with significant operations in the eastern United States. The Company operates its main facilities in Kentucky, Illinois, and Maryland. In addition, the company offers various industrial and mining technology products and services, such as miner and equipment tracking systems, and proximity detection systems. As of December 31, 2019, it had approximately 1.69 billion tons of proven and probable coal reserves in Illinois, Indiana, Kentucky, Maryland, Pennsylvania, and West Virginia

The introduction of improved electricity generation technology will be one of the major factors driving the coal mining industry growth in the near future. Countries across the globe are emphasizing on reducing carbon dioxide emissions and energy consumption for cost reduction through the use of better electricity generation technologies. Subcritical boiler technology is one of the significant technologies being used globally in coal-fired power fleet plants, with efficiencies of ~30%. Some coal-fired power fleet plants are also using supercritical plants, which has higher efficiency than subcritical boiler technology, while research on ultra-supercritical units is also underway. The usage of liquid coal as fuel and electricity is a key coal industry trend which is likely to propel the industry growth in the future.