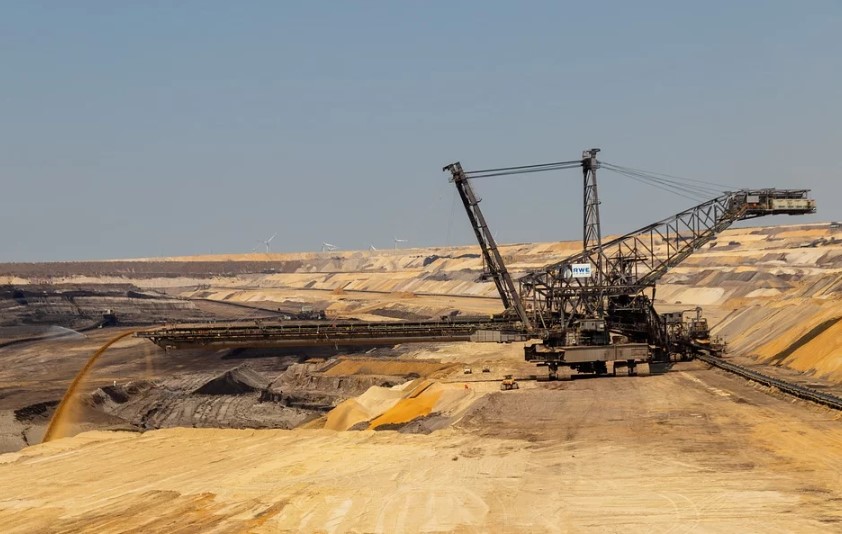 Bizvibe’s smart B2B marketplace solutions can effectively help buyers and suppliers in the global metal mining industry to find and connect with each other, shorten the sourcing and purchasing cycles, and maximise their profit growth. Join today to see how BizVibe can help your business grow!

The global metal mining industry has witnessed a continuously growth driven by the increasing demand for downstream commodities over the recent decades. According to the recent industry report from the Business Research Company, the global metal ore mining market is expected to reach a value of nearly $166.76 billion by 2022, representing a decreased CAGR of 2.5% during the forecast period. The growth in the metal ore mining market is due to the expectation of greater stability in the commodity prices, and rising demand for iron ore products from developing countries such as China and India, for purposes of building and construction and manufacturing.

The rising population and improving GDP around the world are the factors which are leading the global metal mining market to grow at a high pace. This in turn is accelerating the need of mining more natural resources. Some of the world’s most highly mined metals are iron ore, bauxite, aluminium, chromium, copper, manganese, zinc, and silicon. Many of the world’s largest metal mining companies are nowadays focusing on integrating their entire supply and value chain in order to control the cost and quality so as to keep the price low.

Asia-Pacific region in metal mining industry has been showing many important developments and is expected to grow at a higher rate than most other regions in the world. Countries such as China, Australia, Chile, and South Africa are currently dominating the global metal ore mining industry. Fuelled by economic growth and higher spending among construction and manufacturing industries, mining companies in China are expected to experience strong growth over the next several years

Glencore is a Switzerland-based diversified natural resources company. Its core business segments include metals and minerals, energy products and agricultural products. It is one of the world’s largest metal mining companies in the global metals and minerals segment, which is engaged in copper, zinc/lead, nickel, ferroalloys, alumina/aluminum and iron ore production and marketing, as well as has interests in industrial assets that include mining, smelting, refining and warehousing operations. Glencore’s total revenue topped US$220.1 billion in 2019, making it the top mining company in the world by revenue.

ArcelorMittal S.A. is a multinational steel manufacturing corporation headquartered in Luxembourg City. The Company, together with its subsidiaries, owns and operates steel manufacturing and mining facilities in Europe, North and South America, Asia and Africa. It’s mining segment comprises all mines owned by ArcelorMittal in the Americas, Asia, Europe and Africa. It produces a range of finished and semi-finished steel products

Rio Tinto plc is an Anglo-Australian multinational and one of the world’s largest metal and mining companies. The company was founded on 1962 and is headquartered in London, the United Kingdom. Rio Tinto’s main business is finding, mining and processing mineral resources. The Company’s major segments include Iron Ore, Aluminium, Copper & Diamonds, Energy & Minerals and Other Operations.

BHP Group engages in the natural resources business worldwide. It operates through Petroleum, Copper, Iron Ore, and Coal segments. The company engages in the exploration, development, and production of oil and gas properties, and mining of copper, silver, zinc, molybdenum, uranium, gold, iron ore, and metallurgical and energy coal. It is also involved in mining, smelting, and refining of nickel; the provision of towing, freight, marketing and trading, marketing support, finance, administrative, and other services; and potash development activities. BHP Group was incorporated in 1885 and is headquartered in Melbourne, Australia.

Jiangxi Copper is a China-based mining company engaged in the extraction and processing of precious metals and dissipated metals, sulfur chemical industry business, and financial and trading businesses. The company’s operations include six production mines, the Guixi Smelter, which is the largest copper smelter in China, seven copper processing plants, and two sulfuric acid plants.

Anglo American PLC multinational mining company based in Johannesburg, South Africa and London, United Kingdom. It is the world’s largest producer of platinum, with around 40% of world output, as well as being a major producer of diamonds, copper, nickel, iron ore and metallurgical and thermal coal. The Company has a portfolio of mining operations and undeveloped resources with a focus on diamonds, copper, platinum group metals (PGMs), and bulk commodities.

Aluminum Corporation of China Ltd is the China-based mining company’s controlling shareholder is Aluminum Corporation of China. Also known as Chalco, the company has four main business divisions namely Alumina, Primary Alumina, Trading, and Energy. It is one of the world’s largest aluminm producers with main business in the mining and purchasing of bauxite and other raw materials, and production and sale of alumina, as well as the production and sale of primary aluminum and aluminum-related products;

Tata Steel is a part of the India-based conglomerate company Tata Group. Tata Steel Europe Ltd is a steelmaking company headquartered in London, United Kingdom, with its main operations in the United Kingdom and the Netherlands. Iron Ore mining is an integral part of steel making at Tata Steel. Tata Steel’s iron ore units produce various grades of high-quality iron ore. Operations at the mines, including services are managed by Tata’s Integrated Management Systems.

Freeport-McMoRan is a US-based mining company involved in the exploration and production of copper, gold, molybdenum cobalt, oil, and gas. Some of its major operations are located in the Morenci mineral district in North America, the Cerro Verde in South America, and the Grasberg minerals district in Indonesia. It is also one of the world’s largest publicly traded copper producers.

Technology advancement has come to play a greater role in the industry’s future trends, making way for better safety measures and reducing the amount of workforce needed for mining activities. The use of robots in the metal ore mining industry is improving the efficiency and productivity of mines and reduces operational costs, with some metal mining companies reducing manpower by up to 90 percent.

Taking more environment-friendly measures has also become a major trend for this industry. Many countries require mining companies to follow strict environmental guidelines to prevent erosion, sinkholes, groundwater contamination, and loss of biodiversity. There are provisions pertaining to the rehabilitation of the land to either its former or better condition. Environmental impact is expected to be increasingly monitored during the metal mining activities as several governments have pledged to protect the environment from mining industry. As a result, many world’s top metal mining companies are now looking to decrease the carbon footprint in their operations.

Textile and Fashion Industry in Germany

Will the Top 5 Diacetone Alcohol Manufacturers in

All You Need to Know About the Textile Exports in