Everything You Need to Know about Plastics Industry in the US 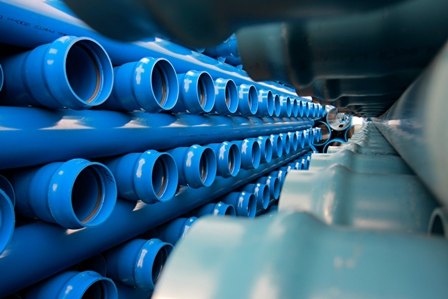 The US plastics industry is one of the US economy’s largest and fastest growing industries that has made strong recovery after the global recession in 2008 – 2009. Today, there are over 16,000 plastics facilities in the U.S. in all 50 states, the industry employs more than 1.7 million people and achieved a record of $583.7 billion in shipments in 2015, reported by the Society of the Plastics Industry. Plastics shipments in the US have seen 11.5% since 2012, making it the third largest manufacturing sector in the US behind the petroleum and automotive industries and ahead of basic chemicals. Due to growing competition, businesses are using networking websites like BizHub’s Plastics industry section to find quality business partners. So whether you are looking for importers, exporters or manufactures there is a place for you to start on BizHub.

The Global Trade of the US Plastics Industry

The U.S. plastics industry is a major participant in world trade. The country’s deficit in plastic products increased from $6.1 billion in 2013 to $6.8 billion in 2014, up by 12.1% — mostly because of the improving economy in the U.S. compared to the rest of the world. Other key facts about imports and exports of the US Plastics Industry include:

Driving the export increase was the mold market, with a 4.5% improvement in its trade deficit at $1.1 billion for 2014. The U.S. plastics machinery industry also reduced its deficit, registering a $1.2 billion trade deficit in 2014, which was a 5.2 % decrease on the year. 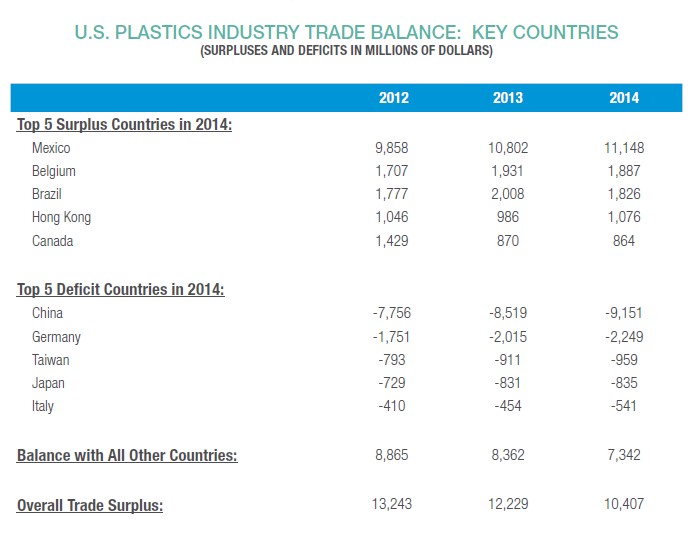 Future Prospects for Plastics Industry in the US

The plastics industry in the US as well as the worldwide plastics market are both expected to continue booming over the next few years, driven mainly by growing usage in transportation, healthcare and packaging end markets, according to SPI. The low cost of natural gas and oil in the U.S. compared to other regions, has driven down the cost of doing business in the United States for the plastics industry, making the US a more competitive player in the global plastics market.

The US’ plastics’ trade balance is expected to perform better in near future with more trade agreements. The passage of the Trans-Pacific Partnership (TPP) in the U.S. Congress would also further improve those positions and trade balances.