It’s been 25 years and Intel has finally been dethroned in the chip manufacturing industry. Bloomberg reports that  Samsung reported chip sales of $69 billion, surging past Intel’s mark of $63 billion. This is huge for Samsung, South Korea, and the semiconductor industry. Becoming the world’s largest chip manufacturer, Samsung has taken the crown from a company (Intel) that has been at the top of the market for the last 25 years.

Samsung has a hand everywhere and it’s not a surprise that the South Korean company is now the largest chip manufacturer in the world. Initially transitioning from primarily a manufacturer of affordable TVs to manufacturing components for a booming smartphone market and various devices.  With smart devices everywhere and the need for CPUs, GPUs and chips to be the “brains” of these devices dominating our living room, office, bedroom, and kitchen, it’s not a surprise to see Samsung’s stellar performance as the leading chip manufacturer in the word in 2018.

In the mobile chip market, Samsung mainly dominates with their Exynos lineup of chips, generally found on the international version of popular Samsung smartphones like the Galaxy or Note lineups and on a variety of tablets and wearables.

How Did Samsung Become the Largest Chip Manufacturer in the World?

Memory and flash storage — this is Samsung’s bread and butter and a much more profitable market than the one Intel dominates. Intel dominates the x86 processor market — 90% of the chips running on PCs are Intel made. However, Intel has faced large controversies in recent years with the whole Spectre debacle, meltdown and execution bugs.

Samsung’s leads on revenue mainly because of demand for their DRAM (memory) and NAND (SSD storage).

Memory prices have doubled, and this only made Samsung further increase output, leaving their competitors in the dust as they capitalize on this demand. Samsung also dominates with SSD storage chips, its EVO and EVO Pro lineup is among the most popular in the world. In fact, the Samsung 960 Evo remains the undisputed king of SSDs in terms of sales. With NVMe chips getting popular — chips that maximize performance — the Samsung 960 Pro isn’t far behind and is expected to potentially become the go-to choice for SSD storage chips.

Future for Samsung in the Semiconductor Industry

Just because Samsung has now become the world’s leading and largest chip manufacturer, it does not mean the company is done here. Samsung’s future in the semiconductor market is looking ambitious. Samsung can add two additional markets to the list. First, it is now mass-manufacturing GDDR6 memory for GPUs – based on the company’s 10-nanometer technology. Secondly, Samsung is ready to take on the cryptocurrency mining industry.

Is Samsung destined to take over this market? Samsung recently just finished the development phase of ASICs/mining chips and the production phase has started as of January 2018. This could easily ease the demand for graphics cards (GPU) and create a new consumer or more main-stream market for cryptocurrency miners.

ASIC stands for Application Specific Integrated Circuit — What this means is that this device is only capable of doing “bitcoin mining”. Until now, most of these devices have been postponed but are expected to arrive shortly within a month or two. They are very expensive but, they are very much wanted by bitcoin miners because soon GPU-mining will no longer be able to keep up with the difficulty of mining.

Bitcoins are created whenever someone finds a number that, when run through a special computer program, turns into a specific other kind of number. Nobody knows what these numbers are so we have to randomly guess. Every person in the world would have to make about 10,000 guesses a second to match how many are being made right now by computers. Bitcoin miners are just people using computers to make guesses and plug those guesses into the special computer program. ASIC miners are computers made just for bitcoin mining so they’re really good at it. All day long those kinds of computers are “ASIC mining”. Samsung’s decision to produce ASICs and mining chips — if a successful venture — will be a huge boost for the crypto market.

What do you expect going forward with Samsung as the largest chip manufacturer in the world? Ending Intel’s 25-year reign and with the South Korean company’s dominance in mobile chips, ARM chips, NAND, DRAM and now ASICs, just how far can we expect Samsung to go?

Connect with Companies on BizVibe: 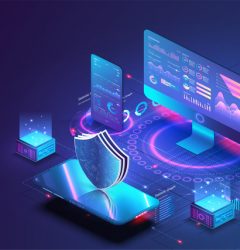