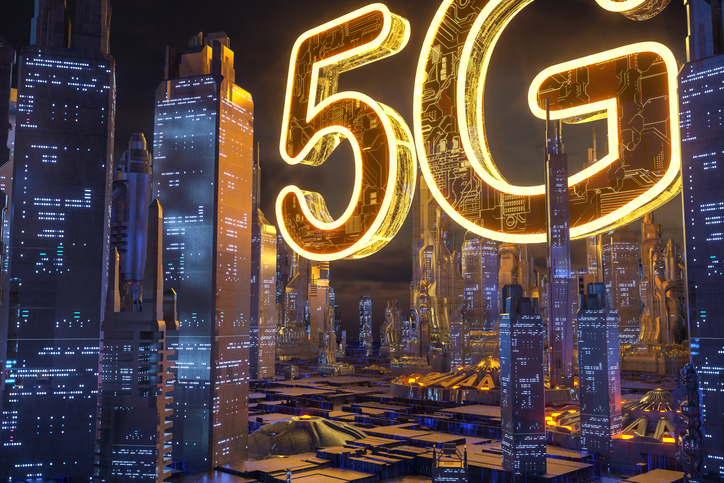 The Current State of the Top 5G Companies in the World

5G presents an opportunity for telecom service operators and chip manufacturers to tap into new revenue streams emerging from the digitalization of industries. The biggest 5G companies are leading this transformation. This post is to breakdown the top 5G companies to invest in as of 2020 based on stellar market performance, future growth potential, and opportunities to excel with this new technology expected to globally roll out everywhere soon.

With the expansion of 5G mobile networks underway in the USA and the rest of the world. just how much is the 5G market currently worth? In terms of growth, The global 5G services market is expected to grow at a compound annual growth rate of 43.9% from 2021 to 2027 to reach USD 414.5 billion by 2027.  The 5G business potential shows operators can benefit from up to USD 619 billion market opportunity globally in 2026. The top 5G companies to invest in right now are Ericsson (ERIC), Verizon Communications (VZ), Nokia (NOK), and many more discussed below. This post will breakdown the following and more.

BizVibe is already helping the top 5G companies in the world connect with potential business partners and more. Connect and track the latest news and insights from these companies.

Number 1 on this list of the top 5G companies to invest in as of 2020 is Ericsson, a Swedish multinational networking and telecommunications company headquartered in Stockholm. Ericsson brought in annual revenues of USD 25.62 billion last year making it one of the biggest 5G companies around and overall one of the biggest telecommunications companies. As of 2020, Ericsson has a 27% market share in the 2G/3G/4G mobile network infrastructure market and is known for its 5G hardware development, actively pioneering by being at the forefront of field trials and research programs with mobile operators around the world, including Verizon, AT&T (T), China Mobile (CHL), and South Korea’s SK Telecom Company Ltd. (SKM), and many more.  The company employs around 99,417 people and operates in around 180 countries. The inventor of Bluetooth technology, Ericsson holds over 49,000 granted patents, including many in wireless communications.

Ericsson’s network division has been described as a driver in the development of 2G, 3G, 4G/LTE, and 5G technology, to evolve towards all-IP and develop LTE systems. Ericsson currently provides 54 Live 5G networks in over 27 5G countries. Some of the most notable content providers using Ericsson 5G technology are AT&T, China Mobile, GCI, Rogers, and more. These services provide 5G technology to leading nations such as the USA, Canada, and China. As of 2020, Ericsson has 99 commercial 5G agreements or contracts with unique operators — making the company one of the top 5g companies to invest in as of 2020.

Verizon plans to increase its number of 5G cell sites by 500% in 2020 and deploy its 5G network in 30 new cities by the end of the year. Verizon ranks 2nd on this list of the top 5G companies to invest in as of 2020 due to its lofty vision and expected expansion of its 5G services. Verizon is an American multinational telecommunications conglomerate and a corporate component of the Dow Jones Industrial Average. Verizon began rolling out its 5G mobile network in April 2019 and by year’s end, it was active in 30 cities. Verizon is one of the best 5g stocks to invest in due to its very balanced balance sheet and extremely large subscriber base. As of now, Verizon also pays a very lucrative and sizable 4.5% dividend. Verizon’s flagship 5G service is branded under Verizon 5G Ultra Wideband.

US Cities with Verizon 5G Ultraband

Ranking 3rd on this list of biggest 5g companies to invest in 2020 is Nokia, a Finnish multinational telecommunications, information technology, and consumer electronics company, founded in 1865 and an early adopter of 5G technology. Like Ericsson, Nokia’s specialty is as a 5G network supplier and currently, it’s the only network supplier whose 5G technology has been contracted by all four nationwide operators in the US, all three operators in South Korea and all three nationwide operators in Japan. Currently, Nokia has 18 live networks and over 152 5G agreements. 79 of Nokia’s signed agreements exclude other types of 5G agreements, such as paid network trials, pilots, or demonstrations. Nokia is serious about rolling out 5G technology to the global market and that’s why it’s one of the top 5G stocks to invest in 2020.

Nokia is a supplier network for many notable service providers including AT&T, Sprint, T-Mobile US and Verizon in the US; Korea Telecom, LG Uplus and SK Telecom in South Korea; NTT DOCOMO, KDDI, and SoftBank in Japan; Vodafone in Italy; O2 in the UK, Optus and Vodafone Hutchison in Australia; Elisa and Telia in Finland and du in the UAE and STC and Zain in Saudi Arabia. Nokia currently has over 29 live 5G networks.

T-Mobile US (TMUS) is is an American wireless network operator. Its largest shareholder is the German telecommunications company Deutsche Telekom (DT) with a 43% share, with a Japanese conglomerate holding company SoftBank Group partially owning the company as well at a 24% share. According to experts, after its Sprint buyout, T-Mobile was one of the first service provers to roll out a “real 5G nationwide network.” T-Mobile has built a significant portion of its 5G network using its 600MHz spectrum. The company has long maintained that at a nationwide scale, high-band 5G isn’t feasible. By 2024, the new T-Mobile network will have approximately double the total capacity and triple the total 5G capacity of T-Mobile and Sprint combined. That buyout helped propelled T-Mobile forward. With a market of USD 129.98 billion and a consistent annual revenue exceeding USD 44.99 billion, it’s no wonder why T-Mobile remains one of the leading 5G companies to invest in 2020.

5th on this list is Qualcomm, an American public multinational corporation headquartered in San Diego, California, and incorporated in Delaware. It creates an intellectual property, semiconductors, software, and services related to wireless technology. Qualcomm is trying to pursue some revolutionary technology, Qualcomm strategy involves covering 4G, 5G, and Wi-Fi technology to support multimode mobile devices that can jump between networks seamlessly as 5G network capabilities are phased in overtime. Qualcomm is also known as a leading 5G chip maker. Qualcomm harnesses the power of 5G with comprehensive modem-to-antenna solutions for smartphones. Qualcomm generated USD 24.27 billion in revenue last year, with a current market cap of USD 81 billion — making it one of the top 5G technology companies in the world to invest in.

6th on this list of the top 5G companies to invest in as of 2020 is Broadcom, an American designer, developer, manufacturer and global supplier of a wide range of semiconductor and infrastructure software products. Broadcom’s cash flow margin of greater than 40% and sizable dividend at 4.1% makes the company a lucrative 5G technology company to invest in. Along with Qualcomm and Intel, Broadcomm is one of the top chip companies expected to benefit the most monetarily from 5G technology. Broadcomm will mainly sell its 5G chips for Apple’s products. Broadcom will sell $15 billion of wireless components to Apple. Apple’s business comprised 20% of Broadcom’s net revenue in 2019 and 25% in 2018.

With a roughly a 70% market share, Analog Devices is the dominant player in 5G radio signal chain technology. Analog Devices is an American multinational semiconductor company specializing in data conversion, signal processing, and power management technology, headquartered in Norwood, Massachusetts. Analog Devices generated USD 6.2 billion in revenue last year — making it one of the top 5G technology companies to invest in due to its stellar revenues. ADI has not only contributed to the advancement of the communication for 2G, 3G, and 4G but enabled every major field test of 5G and helped create one of the world’s first 5G networks. Without the technology developed at ADI, the 5G communications industry structure that exists today would not be possible.

This is BizVibe’s list of the top 5G companies to invest in as of 2020. Analysts believe Ericsson (ERIC), Verizon Communications (VZ), Nokia (NOK), T-Mobile US (TMUS), Qualcomm (QCOM), Broadcom (AVGO), and Analog Devices (ADI) are the best 5g stocks to invest in 2020.

Check out these companies on BizVibe for more information and insights.

The Future of the Global 5G Market

One of the largest drivers of the 5G market is the increasing number of IoT devices and edge computing. 5G mobile networks are the natural evolution of 4G/LTE mobile networks. But when it comes to private enterprise networks, they are expected to be the next big thing. At the forefront of this expansion and growth are the top 5G companies to invest in as of 2020 that were listed in this article. Expect this to be a race and global, widespread adoption to shape up very soon all over the world. The process will be gradual but it’s coming. 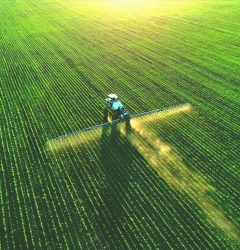 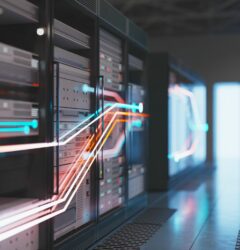