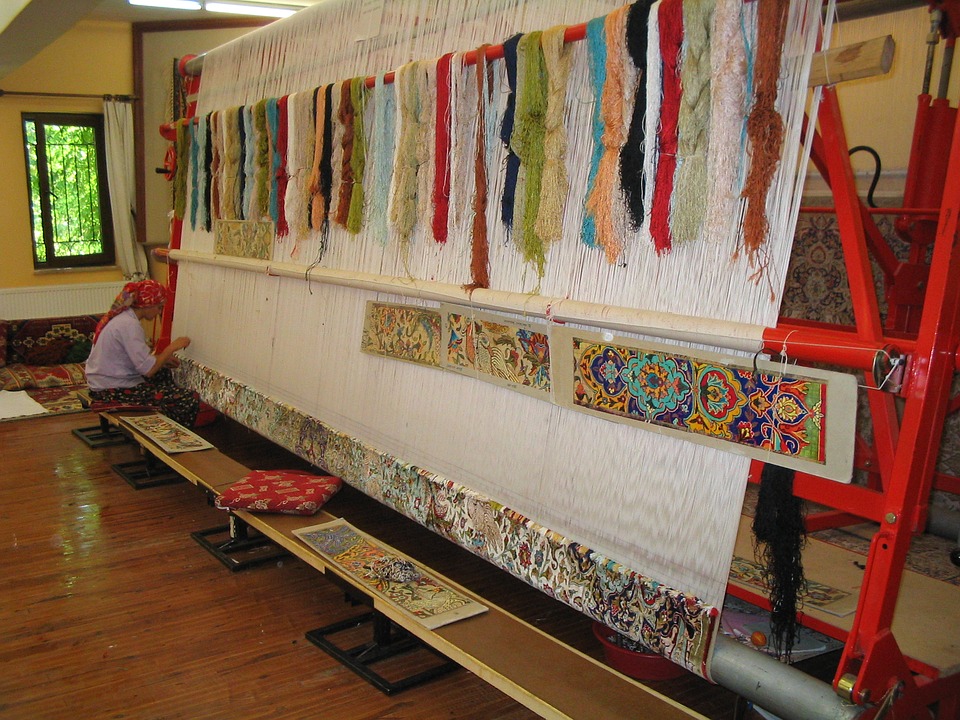 Turkey’s textile industry contributes 7% to the country’s GDP, and consists of more than 55,000 textile and clothing companies that provide two million textile jobs. In 2015, textiles and clothing products accounted for 19.2% of Turkey’s total exports. The textile industry in Turkey is largely cotton-based. Currently, Turkey is also the world’s third-largest cotton importer, as domestic output is not sufficient to meet demand; however, cotton production in Turkey is expected to rise by 15% this year, growing to 425,000 hectares of planting area and 650,000 tons of total cotton production.

The EU has now become Turkey’s top export partner with a share of 48.1% of Turkish exports—however, the looming threat of Brexit may change that. The presidency of Donald Trump in the US is also expected to change things for Turkey’s textile industry, but how exactly it will change remains uncertain. Many textile and fabric manufacturers in Turkey fear that the Trump administration may place hefty tariffs on goods imported to the US from Turkey, but whether or not this will become reality remains unclear as of yet.

Turkey itself is facing upheaval and threats to public safety. In 2016, Turkey experienced multiple ISIL-related bombings and terrorist attacks, the most widely reported one being the attack on Istanbul’s Ataturk Airport in June 2016. This attack killed 45 people (including the three attackers) and injured more than 230 others. This increase in terrorism is causing many Western clients and consumers to avoid doing business in Turkey.

Additionally, the volatile political climate in the countries Turkey does most of its textile trade with is presently restricting the growth of the market. Turkey has lost its traditional markets in the region for its exports—Yemen, Iraq, and Syria—to civil war and other political and humanitarian crises.

Russia was once also a large market for Turkish textiles, but Russia-Turkey relations have been on a decline since November 2015 when Turkey shot down a Russian jet; in retaliation for this, Russia imposed economic sanctions on Turkey. Though the economic damage to the textile market—and numerous other markets—has already been done, the two countries have since worked together to try and rebuild their partnership. Vladimir Putin has said that he intends to gradually lift the sanctions. However, following the assassination of Andrey Karlov, Russian ambassador to Turkey, in December 2016, it is unclear when this will be done.

Impact of the Syrian crisis on Turkey’s textile industry

Syria was once an important supplier of raw materials for Turkish textiles, but the Syrian crisis has drastically changed this. The economy and most industrial production markets in Syria have been decimated. The Islamic State now reportedly controls Syria’s cotton production and supply and Turkey officially refuses to accept imports of ISIL-controlled cotton. As Syria has traditionally been one of Turkey’s main suppliers of raw cotton, this is negatively impacting Turkey’s textile industry and forcing them to look for other ethical but high-priced sources of cotton.

Additionally, Turkey is now home to more than 2.5 million Syrian refugees. More than 660,000 school-age Syrian children in Turkey are not in school; a large percentage of these children are illegally working textile jobs in order to help provide for their families and make ends meet. According to last year’s findings from Support to Life, a Turkish charity, a quarter of refugee households in Turkey must withhold at least one of their children from school because the family is dependent on their earnings.

Steps toward improvement and recovery

Currently, Turkey does not recognize Syrian refugees as refugees; it instead puts them under “temporary protection”, which offers them more rights than traditional refugee status but for a shorter period of time. The Turkish government claims that it is taking steps towards better protecting Syrians in Turkey, particularly children, and are putting measures in place to punish companies that exploit unregistered or underage refugees for labour.

Turkey is also expected to increase its cotton production this year, which will put it on track to become less dependent on external sources of cotton, saving the textile and apparel industry both money and ethical dilemmas. Working to improve relations with Russia will also boost the textile industry; so far, both countries are continuing to cooperate after Andrey Karlov’s assassination, which is eventually expected to lead to Russia lifting all sanctions on Turkey and allowing the textile and apparel market—amongst others—to recover.

The Turkish government’s “Turquality” program is also expected to help boost the textile and apparel market in the country. The program is intended to provide subsidies to companies and manufacturers in order to assist with marketing and strategic positioning of products.

Due to the growing competition in the global fabric and textile market, businesses are using networking websites like BizVibe’s fabrics and textiles industry section to find quality business partners. So whether you are looking for importers, exporters, or manufacturers, there is a place for you to start on BizVibe.