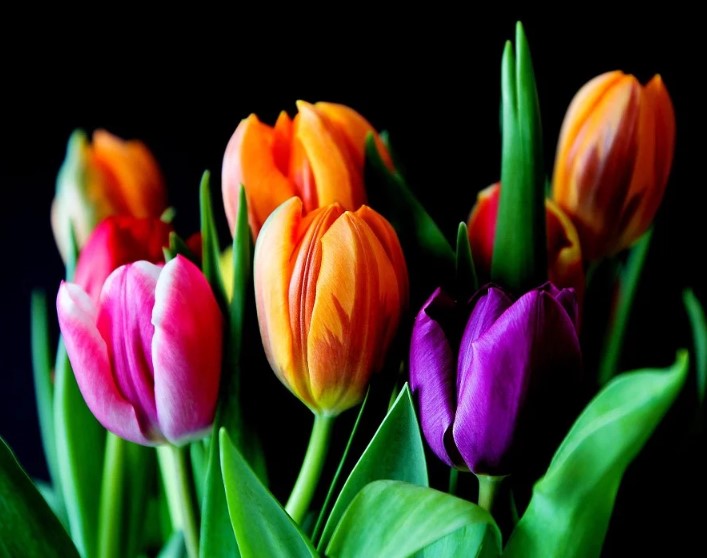 As the global flower industry continues to blossom, the world’s top flower producing countries, flower exporters and importers are expected to witness a more promising future in the flower production and trading market. Flowers are often considered as sentimental product that represents love, peace or compliment. The sharpest rising demand for flowers is normally witnessed for events like Christmas, New Year’s Eve, Valentine’s Day or Mother’s Day, which is pulling up its global production and sales to massive scale. As result, the global flower industry is getting bigger and bigger, driving the production, trading, and consumption to grow year after year.

Bizvibe’s smart B2B marketplace solutions help buyers and suppliers in the global flower industry to connect with each other, shorten sourcing and purchasing cycles, and maximise the profit growth. Join today to see how BizVibe can help you!

The global flower industry, also known as floral industry or floriculture, refers to the business that grows, wholesales and the retails of flowers in the global market. According to a recent market report from MarketResearch, the global flower market was valued around US$ 67.3 billion in 2017 and is projected to reach a value of US$ 103.9 billion by 2026, registering a CAGR of 5% during the forecast period.

Among the regional markets, Europe is the largest flower market in terms of flower production and trading, accounting for about 40% of the global flower industry revenue. The Netherlands is the leading global production and trading of flowers, including tulips, and chrysanthemum. Furthermore, the UK, and Germany spearhead the regional market on the back of the growing market for cut flowers and ornamental plants.

North America is also reflecting opportunistic growth potential owing to the noteworthy import of floriculture products in tandem with the flourishing local cut flower industry. The US flower market represents the most lucrative market, generating over US$10 Bn revenues by 2026.

Asia Pacific is a fast-growing flower market in the world, currently accounting for over 20% of the revenue in the global flower market. Increasing number of flower growers driven by the rapid raising demand of the flowers in countries such as China, Japan, and India are expected to boost the floriculture market in Asia Pacific over the next few years.

The Global production of flowers is expected to continue to expand, especially in new producing countries in Asia, Africa and Latin America, and the productivity in these countries is expected to go up further. Traditional flower producing countries such as The Netherlands, Japan and the US continue to lead global production in terms of values. However, the trend in production of cut flowers which is very labour-intensive, will tend to be located in areas with lower labour and other production costs. As a result, flower production in Columbia, Ecuador, and Kenya is projected to have a rapid growth in the near future.

Flower exports and imports are an essential part of the global flower industry, contributing a huge amount of turnovers every year. The turnover of world flower market reaches 30 billion euros per year with a trading volume growth rate of 9% a year. This indicates a constant positive development of the direction.

For decades, the Netherlands has been the hub for global flower trading activities. The nation is one the world’s top exporters and importers of flowers. Dutch growers breed and cultivate around 1,200 to 1,500 types flowers and plants. The Netherlands is also home to the world’s biggest flower auction FloraHolland. This Dutch company controls 90% of cut flower market in the Netherlands and its turnover is worth about $4 billion annually. The square of flower exchange is like 100 of football fields in width (almost 75 of hectares). On flower auction, flowers are sold not only from the Netherlands, but also from Kenya, Ethiopia, Ecuador, Germany, Spain, Italy, Belgium and several other countries too.

The most popular flower in global trades are roses, chrysanthemums, tulips, lilies and African chamomiles.

The United States is the largest flower importing country in the world, taking about 20% of all international flower import. The Netherlands is also another top of the largest flower importers after Germany and the UK. Large amount of flowers are imported by the Netherland every year, afterwards are exported to other countries. Most of the trade take place at auctions.  Colombia and Ecuador are other world’s top flower importers, with 15% and 9% in accordance. Kenya (7,3%) and Ethiopia (4%) are also among the world’s top importers of floriculture products.

Top 10 Diamond Producing Companies in the World in