Japan has long been one of the top car superpowers in the global automotive industry, while the top 10 Japanese car brands in 2018 — who are also some of the top car brands in the world — are responsible for some of the most produced and best-selling auto vehicles in the world. Today, Japan is the world’s third-largest automotive producing country by volume and the second largest automotive exporting country by value. Thanks to the competitive pricing, strong performance, and practicality, the popularity of cars made in Japan are growing rapidly in the global market.  As the global demand for economical and practical cars continues to rise, the automotive industry in Japan is likely to flourish further, and the best Japanese car brands are expected to remain leaders in the market in the future.

The automotive industry in Japan is highly innovative and technology-driven. It has consistently been one of the top three global auto manufacturers since the 1960s. Automotive production in Japan has been on a rapid increase over the past decades, aiming for both domestic use and worldwide exports. According to a recent report from IHS Markit, total automotive production in Japan grew by 5.2% annually to 9.68 million units in 2017. Output in the passenger car category reached 8.35 million units during the year, up 6.0% year on year, and truck production grew 1.0% year on year to 1.21 million units. Bus production during 2017 declined 5.4% year on year to 122,679 units.   When it comes to automotive exports, total vehicle exports from Japan grew 1.5% year on year to 4.71 million units in 2017. Shipments to North America, which is currently the largest overseas market for Japanese cars, increased by 1.4% year on year to 1.93 million units last year, followed by Europe with 864,518 units exported (up 5.6% y/y), Asia with 601,204 units (up 2.4% y/y), the Middle East with 443,963 units (down 11.3% y/y), and Oceania with 434,458 units (up 10.4% y/y). Shipments to Central America reached 190,422 units (up 4.2% y/y), followed by South America with 129,814 units (up 16.2% y/y) and Africa with 108,845 units (down 19.1% y/y).   In 2017, Toyota Motor Co — who occupies several spots in the list of top 10 Japanese car brands in the world — remained as the largest Japanese car manufacturer with a total output of 3.19 million units, a marginal increase of 0.7% annually. Nissan held the second spot in the list of largest Japanese car companies during the year as its output grew 7.4% annually to 1.02 million units, mainly thanks to an 11.2% annual increase in exports to 627,385 units. Suzuki followed closely behind with 987,537 units produced in 2017, up by 24.3% year on year. Other top Japanese car manufacturers include Mazda, Daihatsu, Honda, and Subaru. The following is a  list of Japanese car brands that are innovating and leading the industry in 2018.   Read more: Automotive Industry in India Developing Advanced Microcars

Toyota is one of the bestselling car brands in the world, owned by Toyota Motor Corporation, who sold 10.35 million vehicles around the world (including 1.52 million units of electric vehicles) in 2017, representing a significantly higher sales number than Honda and Suzuki combined. Consistently throughout the different quarters of the years, Toyota has been selling a high number of cars around the world, with models such as the Prius, Aqua, and Sienta among the world’s best-selling cars. Over the recent years, Toyota has also increased its production and sales of hybrid and electric vehicles, making it one of the world’s top player in the electric cars market.   Toyota’s Website

Honda has sold around 5 million vehicles worldwide in 2017, giving the car manufacturing brand a second place in the list of top 10 Japanese car brands in the world. The Fit, City, and Vezel were among the highest selling models of the brand, contributing significantly to the brand’s overall performance in the global automotive market last year. Honda is also among the top 10 automobile companies in the world with an annual revenue of over $60 billion at the end of 2017.   Honda’s Website

Nissan experienced an overall better year in terms of sale than the past couple of years, reaching global unit sales of a record-high 5.77 million units, representing a 2.6% increase year on year. Sentra and Altima were among the top-selling vehicle models for the brand at a global level. Nissan is a global full-line vehicle manufacturer that sells more than 60 models under the Nissan, INFINITI, and Datsun brands.   Nissan’s Website

Suzuki is another brand that has gained a record number of sales during its past couple of years in the market. The company has sold 3.16 million units worldwide, with Suzuki Wagon R being a popular choice for thousands of car customers around the world. Suzuki has over 45,000 employees and has 35 production facilities in 23 countries and 133 distributors in 192 countries. Suzuki is also one of the world’s largest motorcycle companies by sales volume.   Suzuki’s Website

Lexus is the luxury vehicle brand of Japanese car maker Toyota. The brand is marketed in more than 70 countries and territories worldwide and has become Japan’s largest-selling make of premium cars. It has ranked among the 10 largest Japanese global brands in market value. Lexus is headquartered in Nagoya, Japan. Lexus has sold around 3 million vehicles worldwide in 2017, with a small decrease of 4% compared to the previous year, yet still managed to place itself as one of the largest Japanese car brands in the world.   Lexus’ Website

With around 8% increase in the sales of Daihatsu in 2017, the Daihatsu is one of the best-selling Japanese car brands in the world. The Daihatsu Hijet, Tanto, and Mira are some of the most popular models under the brands, managed to get the high number of sales during the year. Daihatsu Motor Co., is one of the oldest surviving Japanese internal combustion engine manufacturers, later known for its range of smaller kei models and off-road vehicles.   Daihatsu’s Website

Mazda is a Japanese multinational automaker based in Fuchū, Japan. Mazda achieved total global sales of 1.6 million units in 2017. Unlike other Japanese car manufacturers, Mazda faced losses during the year and sold comparatively fewer vehicles than their previous years. The MX5 Miata, Mazda3 and Mazda CX 3 were among the best-selling models for the brand.   Mazda’s Website

Subaru is the automobile manufacturing division of Japanese transportation conglomerate Subaru Corporation (formerly known as Fuji Heavy Industries). The models including Outback and Crosstrek gained a record number of sales in the year 2017 in America, making Subaru one of the best-selling Japanese vehicle brands in the world. The brand enjoyed higher sales compared to the last couple of years. Staying ahead of some prominent names in the Japanese auto market.   Subaru’s Website

Mitsubishi is flagship brand under the Mitsubishi Motors Corporation, which is a Japanese multinational automotive manufacturer headquartered in Minato, Tokyo, Japan. Although Mitsubishi sold less number of vehicles compared to the last year but still remained as the 8th best-selling Japanese car brands in the world.   Mitsubishi’s Website

Entering the top 10 in our Japanese car brands ranking — Isuzu Motors Ltd is a Japanese commercial vehicle and diesel engine manufacturing company headquartered in Tokyo. Its principal activity is the production, marketing, and sale of Isuzu commercial vehicles and diesel engines. Surprisingly there has been a constant increase in the number of sales of the car manufacturer. Isuzu has managed to stay among the top 10 Japanese car brands in 2017.   Isuzu’s Website   Read more: Connected Cars are Gaining Traction in the Automobile Industry 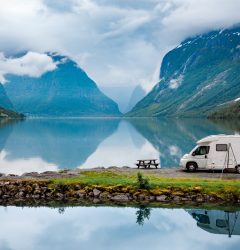