BizVibe is already helping dozens of buyers and sellers in the electric power industry connect. See how BizVibe can help you too.

Electric Power Distribution and Trade: What You Need to Know

In the electric power industry, a system enables purchases, through bids to buy and sell. Bids and offers use the principles of supply and demand to set the price. Long-term trades are contracts similar to power purchase agreements and generally considered private bi-lateral transactions between counterparties.

Contrary to traditional capital markets, energy markets are much more fragmented. The intraday and real-time markets are managed and operated by Independent System Operators (ISO). These non-profit entities are organized on a physical grid arrangement commonly referred to as network topology. There are currently seven ISOs in the United States. ISOs act as market operators, performing tasks like power plant dispatch and real-time power balance operations. They also act as exchanges and clearinghouses for trading activities on different electricity markets.

In the electric power industry, prices are set at the margin level, so the price is set as the next unit that is to be produced or based on the time it would take for the next person to drive to their destination. You would get paid that “time” regardless of how long it took you to get to your destination.

Which Country Pays the Most for Electricity? The Pacific island nation of Solomon Islands has the highest electricity cost in the world, at a staggering 99 US cents per kilowatt hour. The other countries with high energy prices are primarily tropical islands like Vanuatu, the US Virgin Islands, the Cook Islands, and Tonga. Some European countries such as Germany, Denmark, and Belgium also experience high electricity costs

Cost of Electricity by Country 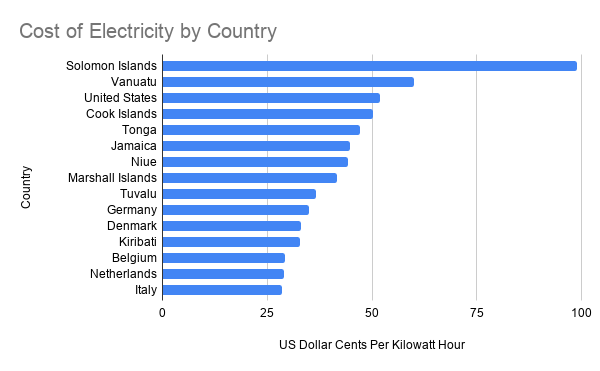 Energy Exports by Country - Where You Should Be Trading 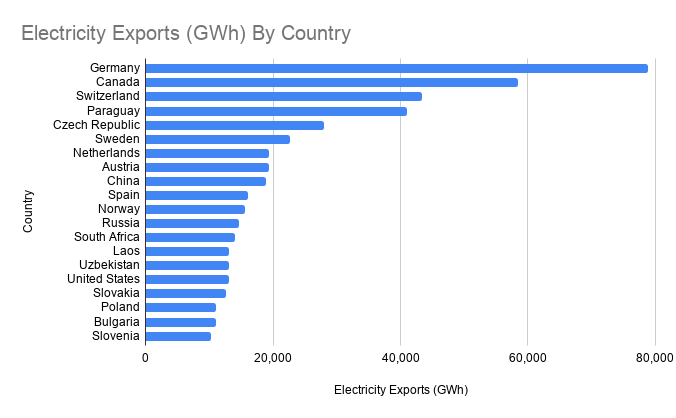 Using BizVibe you can connect with these exporters and figure out how to trade with them.

International sales revenue from electricity exports by country totaled US$34.2 billion in 2018. The value of exported electrical energy increased by an average of 4% for all exporting countries since 2014 when electricity shipments were valued at $32.9 billion. Year over year exported electricity appreciated by 13.8% from 2017 to 2018.

Where you should be trading - List of countries by electricity imports 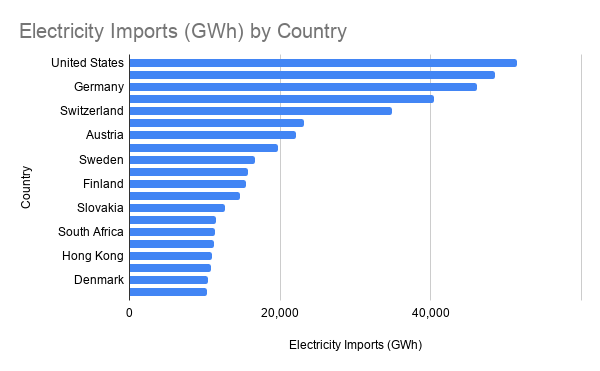 Facts About Electricity Imports and Exports

Electricity trading between the USA and Canada is on the rise, providing increased economic and reliability benefits to both nations. Despite the amount of electricity imported over the Canadian border being a smaller figure in terms of overall power supply in the US, the transmission connections linking Canada and the United States are an important component of the electricity markets in northern states.

Canada is a net exporter of electricity to the United States, and most of its power needs are met by hydroelectricity. Large hydroelectric projects in British Columbia, Manitoba, Quebec, and Newfoundland and Labrador have significantly increased the country’s generation capacity. In term of regions, Canada exports electricity mainly to New England, New York, and the Midwest states, while the United States exports electricity primarily from the Pacific Northwest states to the Canadian province of British Columbia.

There are more than 30 power transmission linkages between the United States and Canada. Recently, 60 power companies in Canada exported 58.4 terawatt hours (TWh) of electricity into the United States, making up 1.6% of US electricity retail sales and 10% of Canadian electricity generation. The largest exporters were Hydro-Québec (16.4 TWh) and the Manitoba Hydro-Electric Board (8.6 TWh).

Switzerland is a popular hub for power trading, especially for French nuclear electricity, which passes from both France and Germany on to Italy.

Denmark is a hub for power trading between northern Scandinavia and the continent, Germany in particular. In fact, according to the Nordic Market Report, the interconnectors used the most was between Germany and Denmark; those lines ran at 77.1 percent of maximum capacity on average.

Scandinavia primarily benefits from surges in Danish wind power, which lower prices for everyone – and, of course, Norway has the potential to become northern Europe’s battery thanks to its tremendous hydropower capacity. The important thing to remember though is that these interconnections were not built for wind power; as Denmark’s Energy Agency puts it, Denmark has historically been a power trading hub.

Denmark and Switzerland are both small countries flooded with foreign electricity. Renewables need such power trading when they reach the level of wind power in Denmark. But this power trading did not come about to suit renewable energy. It has always been there in Switzerland, which has historically had very large shares of nuclear and hydropower – roughly 95 percent in 2014.

Expect future trends in power generation to gear more towards sustainable practices such as renewable energy, solar, and wind. As long as socities continue to develop the demand for power generation in the electric power industry is going nowhere. It’s import for businesses to get in touch with the companies that will help them buy & sell from leading electric power companies.

20 Round-up Figures and Facts about Textile and Ap 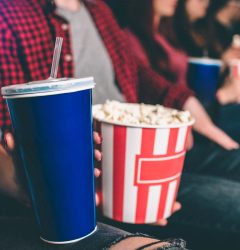 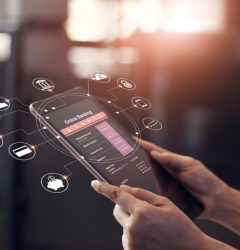