Nestle has been dominating the global food and beverage industry for nearly three consecutive years. In 2017, the world-famous chocolate and sweets manufacturer Nestle continues to lead the list of world’s largest food & beverage companies, exceeding US$90 billion in revenue and $8.6 billion in profits over the last fiscal year.

Nestlé has always been one of the world’s largest food & beverage companies. Now it has over 328,000 employees and more than 2000 brands ranging from global icons to local favourites presenting in 191 countries around the world.

Founded in 1965, PepsiCo is one of the largest beverage companies in the US. With over 264,000 employees, PepsiCo has a complementary food and beverage portfolio that includes 22 brands, and each generated more than $1 billion in estimated annual retail sales in 2016.

Must Read: Top 10 Food and Beverage Manufacturers in the US

Led by Coca-Cola, one of the world’s most valuable and recognizable brands, Coca-Cola company’s portfolio features 21 billion-dollar brands. Through its world’s largest beverage distribution system, Coca-Cola is also the world’s leading provider of both sparkling and still beverages. More than 1.9 billion servings of beverages made by Coca-Cola are enjoyed by consumers in more than 200 countries.

The Kraft Heinz Co. is one of the world’s largest producer for processed food and beverages. The company’s leading products include condiments and sauces, cheese and dairy, ambient meals, frozen and chilled meals, and for infant and nutrition.

Anheuser-Busch InBev SA is one of the world’s leading beverage companies. Its activities include manufacturing, marketing and distribution of alcoholic and non-alcoholic drinks. Anheuser-Busch owns many world’s famous beer brands across the globe, such as Budweiser, Corona and Stella Artois etc.

Mondelez International, Inc. is a world leading manufacturer and marketer for snack food and beverage products. The company’s products include beverages, biscuits, meals, chocolate, and gum and candy. Its brands include but not limited to Nabisco, Oreo, and LU biscuits; Cadbury, Cadbury Dairy Milk, Milka chocolates and Trident gum etc.

Diageo is a global leader in beverage alcohol with over 200 world famous brands, such as Johnnie Walker, Crown Royal, JeB, Buchanan’s, Windsor and Bushmills whiskies, Smirnoff, Ciroc and Ketel One vodkas, Captain Morgan, Baileys, Don Julio, Tanqueray and Guinness. Every year, Diageo produces more than 6.5 billion litres of alcohol from more than 100 manufacturing sites in 30 countries.

Must Read: The Growing World of Food and Beverage E-commerce 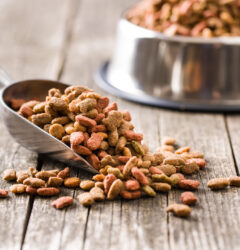