Many UK Food and Beverage Firms Optimistic Despite Brexit Concerns

Many UK Food and Beverage Firms Optimistic Despite Brexit Concerns

The food and beverage industry in the UK faces uncertainty as the country extracts itself from the EU. While there are many concerns about costs rising and workers becoming more difficult to find, some are still feeling positive about the impact that Brexit will have.

The food and beverage industry is the largest manufacturing sector in the UK, and has a turnover of £95.4 billion. According to the Food and Drink Federation, it employs over 400,000 people and contributes nearly £22 billion to the country’s economy. Productivity in the industry has risen by 11% over the previous five years, which is well above the national average of 0.5%.

A survey by Lloyds Bank shortly after the EU Referendum has shown that while about half the firms surveyed felt a negative impact on their ability to invest and plan for the future, many are still optimistic. Over a third of companies said the referendum had a positive effect on their growth forecasts, and nearly half planned greater investments in their businesses.

Lloyds surmises that these positive predictions likely stem from expectations of more relaxed regulations and less competition from Europe, as the UK market could become more difficult to access, at least until new trade deals are established. However, it is likely that the prices of some products, particularly fruits and vegetables, will rise regardless of what deals are eventually made. The UK will need to put new border controls in place, causing the price of imported foods to rise by up to 8%. Some experts predict that Brexit will help the industry by prompting food manufacturers to process raw materials within the country rather than importing finished goods, but there are other factors at play that could offset this.

Food and beverage firms plan to create over 75,000 new jobs by 2021, with more than a third of companies saying their plans increased after the referendum. However, these numbers could be challenging to meet depending on what rules are put in place for European workers. The UK food industry currently employs 100,000 people from the rest of the EU, and it remains uncertain whether those people will continue working in the country, as well as how difficult it will be for EU nationals to get jobs there in the future. Indeed, employers in sectors such as food and beverage are already experiencing labor shortages, and are concerned about current EU workers leaving their jobs and possibly the country over the next year.

Concerns about the effects of Brexit among British firms have fallen over the past few months, and many feel more optimistic than they did last year. However, over half of them still expect the business environment to suffer when the country leaves the EU. While the impact may not be as severe as previously expected, Brexit will still present challenges for companies within the food and beverage industry and elsewhere.

Whether you’re looking for manufacturers, suppliers, retailers, or more, BizVibe can connect you with leading companies in your industry. Register now and find thousands of businesses from around the world at your fingertips. 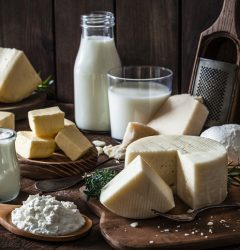 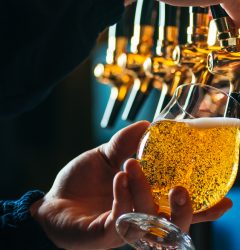