The Benefits and Pitfalls of Nutritional Supplements

The Benefits and Pitfalls of Nutritional Supplements

Vitamin use is widespread around the world, particularly in North America. The United States is currently the largest consumer of vitamins and nutritional supplements globally, with over two-thirds of the population using them in one form or another. Asia-Pacific is also a substantial consumer. There is extensive belief in the benefits of taking vitamins, as well as a very wide selection of products available. This, combined with an increase in disposable income and greater focus on healthcare, are expected to boost the market in this region over the coming years.

Zion Market Research valued the global dietary supplements market at USD 132.8 billion in 2016, and predicts that it will reach 220.3 billion by 2022 at a CAGR of 8.8%. The market includes a broad range of supplements, including minerals, vitamins, botanicals, and others.

The global market is driven by the perception that taking supplements can improve health, prevent sickness, and help fill nutritional gaps in the user’s diet. While this is sometimes correct, supplements are most effective when taken to target a particular health issue, such as a known vitamin deficiency. Many people are less discriminate than this, however, and take vitamins without evidence that they are having an effect.

The value of dietary supplements is a difficult thing to gauge, as there is often a lack of research or of supporting evidence around a particular supplement or use of that supplement. Sometimes this is harmless — taking a multivitamin every day even though there are no deficiencies in one’s diet isn’t going to hurt, it just isn’t necessarily going to have any positive effect. But some actions are less benign, as some people believe that taking immense quantities of a particular vitamin will improve their health or cure a problem, when in fact they are putting themselves in danger of an overdose.

Some of the dangers of excessive vitamin intake are as follows:

It is very difficult to get too much of a given vitamin simply through eating food, and moderate use of supplements is also generally not dangerous as long as users are aware of how much of the recommended intake they are getting daily. But when it comes to vitamins, there is definitely too much of a good thing, and those who believe otherwise can be putting themselves in danger.

This indiscriminate perception of supplements as beneficial is a significant part of the market’s success. Manufacturers invest substantially in marketing in order to maintain this. However, there is still a significant amount of skepticism among consumers, as well as bad publicity around issues such as fake product claims. While not every manufacturer makes false claims, those that do damage the reputation of the entire industry, creating a challenge for all vendors to overcome.

Vitamins are absolutely important to maintaining a healthy body, and many people do not get enough from their regular diets. A recent survey in America, for example, found that 90% of the population did not get the recommended daily amount of at least one vitamin or mineral. One solution, of course, is to change one’s diet, but for those who are unwilling or unable to do so, dietary supplements can be very beneficial. With so many people lacking the correct nutrition, this market is likely to do well in the future.

If you’re looking for business partners, whether in the health and fitness industry or elsewhere, BizVibe has you covered. Register today and gain access to thousands of suppliers, manufacturers, potential customers, and more from around the world. 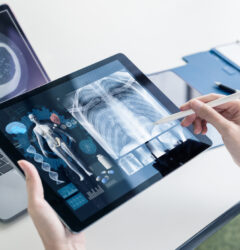