Type 2 Diabetes Can Be Reversed Through a Vegetarian Diet, Says Study

Type 2 Diabetes Can Be Reversed Through a Vegetarian Diet, Says New Study

Vegetarianism could be twice as effective for weight loss, and is especially beneficial for people with type 2 diabetes, according to a new study in the Journal of the American College of Nutrition. The results of this study can be extremely effective in changing the way that type 2 diabetes is treated and prevented, and represent the latest of several recent breakthroughs bringing new understanding and approaches to the disease.

The study examined 74 people with type 2 diabetes. Half were assigned a vegetarian diet and the other half were assigned a typical low-calorie diabetic diet. The subjects were required to follow these diets for six months. Both groups had their normal daily caloric intake reduced by roughly 500 calories, and consumed—on average—1,500 to 1,800 calories per day. After three months, the researchers found that those consuming a vegetarian diet lost an average of 14 pounds—twice what those on the low-calorie diabetic diet lost.

The subjects were instructed to do aerobic exercise three times a week for one hour while maintaining their diets in the last three months of the study; however, there was no significant weight loss observed during this time because the subjects gained muscle. While both diets did result in a fairly similar loss of fat under the skin, the vegetarian diet was more effective in eliminating fat that lines and is stored inside muscle. Because having higher amounts of muscle fat is correlated with insulin resistance in type 2 diabetes, this finding is particularly significant. It suggests that a vegetarian diet, combined with exercise, is not only effective for weight loss but can also improve insulin’s ability to work within the body. By the end of the study, three people within the vegetarian group were able to completely reverse their type 2 diabetes.

Said lead author Hana Kahleová, M.D., Ph.D., director of clinical research at the Physicians Committee for Responsible Medicine in Washington, D.C., “Vegetarian diets proved to be the most effective diets for weight loss. However, we also showed that a vegetarian diet is much more effective at reducing muscle fat, thus improving metabolism. This finding is important for people who are trying to lose weight, including those suffering from metabolic syndrome and/or type-2 diabetes. But it is also relevant to anyone who takes their weight management seriously and wants to stay lean and healthy.”

Thousands of the world’s leading healthcare and fitness companies can be in your contact list if you join BizVibe today. Whether you are looking for reliable suppliers, top manufacturers, wholesalers and potential customers in over 70 countries, or want to find out what your competitors are buying and which suppliers they’re using, BizVibe can help you reach out to sales prospects and decision-makers across the globe. 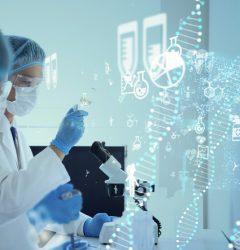