The Top 10 Drone Manufacturers in India to Watch in 2018

The need for smart avionics and an increase in defense spending creates vast opportunities for the top drone manufacturers in India. Drones, also referred to as unmanned aerial vehicles (UAVs), will see an impressive CAGR of 18% between 2017 and 2023 as released in a report from 6Wresearch. India’s government is helping to encourage higher drone industry growth by implementing a policy framework by 2020, followed by an even more detailed policy by 2025.

The drone market in India is just beginning and it has major potential. Only since October 30, 2017, did India’s Directorate General of Civil Aviation (DGCA) remove a ban on the civilian use of drones and the use of drones in commercial and recreational spaces. The DGCA has also made it easier for drone manufacturers in India to import UAV parts and to export their product.

The Drone Federation of India consists of service providers, industry experts, and drone companies in India that all work together to aid the government in drafting regulations for UAVs. Since the drone industry in India is in the infancy stage, creating a regulatory format that includes both the government and federation will help to create a lucrative Indian UAV market with a global presence. ensuring that the list of list of UAV companies in India continues to grow at a rapid rate going forward.

The global drone market is currently valued at $7.16 billion according to Stratistics MRC. Their report also states the global market is projected to be valued at $26.74 billion by 2023, with a CAGR of 20.7% from 2016 to 2023. Drones provide many services such as actionable intelligence, government tasks, military action, photography, discovery and even deliveries from your favorite stores like Amazon, and with constant technological advancements, drones will soon be implemented in almost every industry.

According to Transparency Market Research, the market will see an accelerated demand for commercial drones. Commercial drones are segmented into precision agriculture, aerial photography, surveillance, survey mapping, and energy, among many other sectors.

As drone startups in India continue to increase, we’d like to cover the current 10 largest drone manufacturers in India, as of 2018. We’ll revisit this list over time to add additional companies as new companies continue to disrupt the Indian UAV market.

Top 10 Drone Manufacturers in India to Watch in 2018

Located in India’s technology hub, Asteria Aerospace is one of the more prominent drone manufacturers in Bangalore. There are about 50 of their drones currently deployed and in service across the country.  This drone manufacturer in India currently has two models and is working on a third that focuses on industrial applications, which will be announced in early 2018. Their current models include:

According to the company, “our capabilities and intellectual property across the entire drone technology stack of hardware, software, and analytics enable us to build deeply customized aerial remote sensing tools.”

These startup done manufacturers in India are already making big moves. After only being founded in 2013, co-owners Gaurav Mehta and Rahat Kulshreshta, have achieved some big clients. In 2016, they landed a Ford Mustang commercial and have also worked with the Bacardi NH7 Weekender party and IPL 2015 live streaming. They currently have a fleet of 30 drones. Although Quidich is not selling drones to the public yet, they use their fleet to create “extraordinary tech-driven experiences.” Some services include:

This drone company is India is currently working on intelligent and advanced facial recognition software. Some of their major clients include RedBull, Rajasthan Govt, Indian Railways, National Geographic and many others.

ideaForge is a vertically integrated drone company prepared with research and development, design, manufacturing, software, service and training operations, all in-house. What comes of this is top-of-the-line UAVs for many tasks like surveillance, reconnaissance, imagery and industrial applications.

This UAV startup was founded in Kanpur, India in 2013 after the co-founders represented their college at the Systems Engineering Awards competition organized by NASA that same year. The company is hoping to offer faster, more cost-effective and highly enriched UAVs for solutions in civil engineering, agriculture, surveying/mapping surveillance and industrial inspection.

Edall Systems in Bangalore offers a lot more than just drones. They are a fully capable engineering developer and part of the elite drone manufacturers in India. The goal of this company is to become one of the top product development companies in India that focuses on UAV machines, as well as to support and develop UAV products in India. There is one flying drone available for purchase from Edall.

Johnette Technologies is one of the top robotics and drone manufacturers in India. The company was founded in 2010 by John Livingstone and has been a pioneer in developing high-quality unmanned system technologies in India ever since. Their aerospace systems are often sold for purposes such as paramilitary, commercial, aerospace and defense sectors.  This team of drone manufacturers in India offers their expertise to develop intelligent and cutting-edge unmanned aerial vehicles (UAVs) and unmanned ground vehicles (UGVs) that carry out impossible tasks.

Read more: Future of the Healthcare Industry in India: Growing Rapidly in 2018

1 Martian Way Corporation (1MW) is one of the successful drone manufacturers in India that not only offers custom-made drones for sale, but also provides services like aerial photography, drone rentals, advertising with drones/aerial banners, robotics education for colleges and universities, robotic apps for industrial solutions and experiential branding and gaming products. 1MW serves many industries and applications for a large number of clients worldwide.

Indrones acts as a service-based drone company in India as well as a manufacturer of drones for public use. The main goal of this leading drone company is dedicated to revolutionizing the way data is collected by utilizing the power of autonomous aerial platforms. To this company — founded in 2013 as a byproduct of the SAE Aero Design 2013 Competition held in Dallas, Texas — drones are a tool to assist in gathering information and creating solutions for a variety of industries. The company has worked on small projects and big projects, from power-line inspections and highway asset monitoring to large-scale crop classification projects. Indrones offers one fully-capable UAV for purchase as well as all the technology necessary to run an advanced drone operation.

Skylark Drones, founded in 2014, offers end-to-end drone solutions for their clients that work on a Drown-as-a-Service (DaaS) model. Their solutions include mining projects, utilities, and vertical infrastructures. This DaaS and drone manufacturer in India acquires data through the drones, processes it and then delivers it in a simplified and personalized matter. The three main solutions include mapping, monitoring, and inspection. With the current government policies in place, the drones are not for sale in order to prevent the responsibility of drone-related incidents and capital in training UAV pilots. You can view all of Skylarks solutions here.

Future for Drone Manufacturers in India

Drones have tremendous practical applications that assist in creating solutions for complex and intricate problems that affect numerous industries in India, including but not limited to recreation, agriculture, damage assessment of property and life in areas affected with natural calamities, surveys (infrastructure monitoring including power line facilities, ports, and pipelines; commercial photography; aerial mapping).

Goldman Sachs estimates global spending on drones to be $100 billion between 2016-2021 due to the fact drones can cut down surveying and mapping time by as much as 98%. India is catching on to this niche market and the government has finally stepped in to create a drone policy, one where the draft was completed November 2017. Once the regulations are put in place, expect drone manufacturers in India to flourish even more. 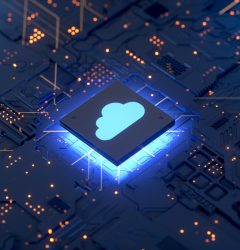 Top 10 Largest Software Companies in the World by 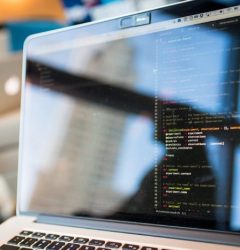