Vietnam’s Textile and Apparel Exports Continue to Grow in 2017 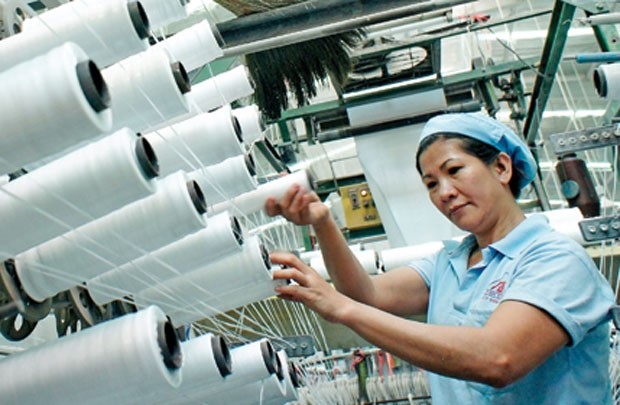 According to data from USDA, the total export value of the textile and apparel in Vietnam reached USD $27.2 billion in 2015 (an increase of 9.43% from the previous year), of which exports to the US increased by 11.5%, reaching $10.9 billion. In 2016 to 2017, textile and apparel export growth is projected slightly up from 5% to 7% compared to the industry’s routine two-digit growth. 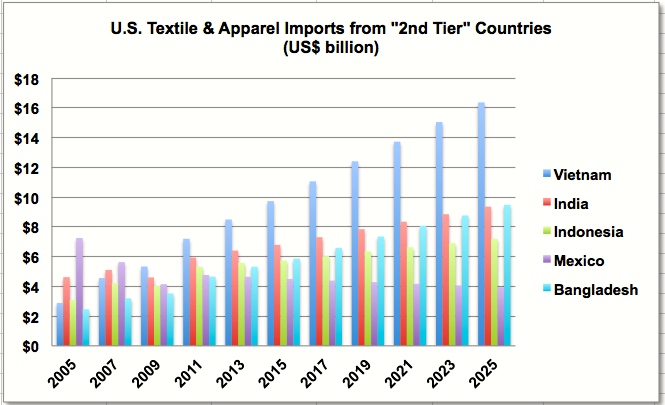 Currently there are about 6,000 textile and apparel manufacturing running in Vietnam with over 2 million employees working in the industry. According to research by the Ministry of Labour, every $1 billion of export value generated from Vietnam’s textile and apparel industry can create an additional 250,000 jobs. Moreover, the textile labour cost in Vietnam is still relatively low compared to many other countries in the region. In 2016, the minimum wage of garment manufacturing industry in Vietnam is about USD 108 (2.4 million Vietnamese dong) per month. The advantage of the lower labour cost has resulted in lower production cost, thus being price competitive in the global market.

In near future, Vietnam’s textile and apparel exports will be expected to have bigger growth as one of the major beneficiaries after join the Trans-Pacific Partnership (TPP). TPP will bring more investment opportunities, including foreign direct investment (FDI) for developing materials and supporting industries. When joining the TPP, textile tax rate reduces to 0% which also indicates a huge profit for Vietnam’s textile sector.

Due to the growing competition in both global and domestic markets, businesses are using networking websites like BizVibe’s textile industry section to find quality business partners. Whether you are looking for importers, exporters or manufacturers, there is a place for you to start on BizVibe.