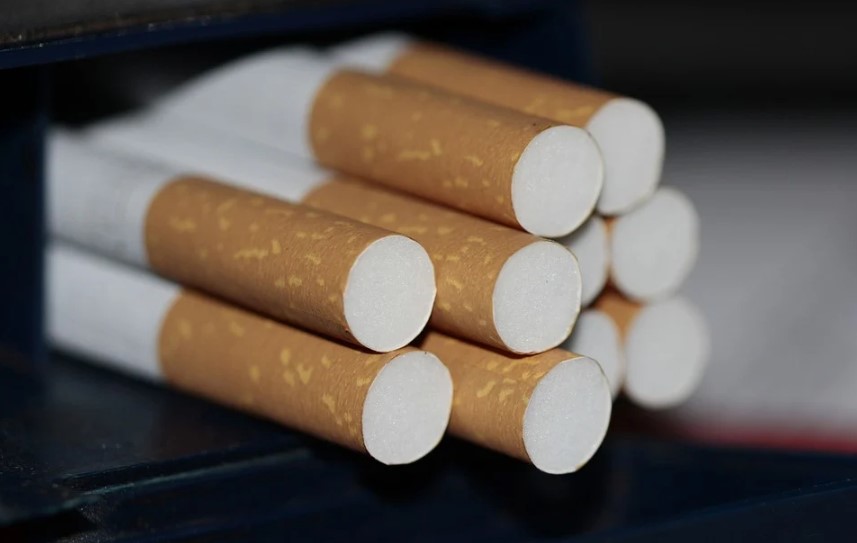 The global tobacco industry continues to be dominated by the world’s top 10 largest tobacco companies in 2020. Despite the industry has been facing some major challenges including stricter government regulations and changing consumers health concerns over the past few years, these top tobacco companies are still some of the world’s highest revenue earners and biggest tax contributors around the world. With the increasing investment in R&D, as well as the strong marketing and expanding distribution channels, the global tobacco industry is expected to grow with a steady pace, while the top 10 largest tobacco companies will maintain their leading positions in the market share over the near future.

This industry fact sheet is to assist industry professionals, investors, and people in general that are interested in gaining insights into the global beverage industry including:

Bizvibe’s smart B2B marketplace solutions help buyers and suppliers in the global tobacco industry to find and connect with each other, shorten sourcing and purchasing cycles, and maximise profit growth. Join today to see how BizVibe can help your business grow!

Today, there are over 1 billion individual adult smokers in the global tobacco and cigarette market, making this one of the world’s most lucrative businesses of all time. The global tobacco output reached a total volume of 8.2 million tons in 2018 and this figure is projected to reach a volume of around 9.1 million tons by 2024. According to BAT, the most recent estimates for the legal global tobacco market indicate that the total tobacco sales were worth approximately US$814 billion in 2018. More than US$700 billion of this comes from the sale of conventional cigarettes, with over 5,300 billion cigarettes consumed per year by over 19% of the world’s population. The market research firm FIOR Markets also projects that the global tobacco market size will reach US$934.5 billion by 2026.

The global tobacco market is expected to have a steady growth over the forecast period, owing to rising use of automated techniques in manufacturing tobacco products and expanding distribution channels, such as online retailing. The constant launching of numerous premium and new tobacco products such as flavoured, long and skinny, coloured and e-cigarettes by the world’s top 10 largest tobacco companies has also further created a positive outlook for the growth of the global tobacco industry.

Over the recent decades, the demand for tobacco has witnessed a major shift from the developed regions such as North America and Europe to the developing nations such as Asia and Africa. Several major developing countries, such as China, India, Brazil are becoming some of the largest tobacco markets. This can be attributed to the increasing population, elevating income levels of the consumers and lenient government regulations.

According to the recent report from Mordor Intelligence, China is the world’s largest tobacco producer and biggest cigarette consumer, consuming over 40% of the world’s cigarettes every year. Survey shows that China has over 300 million smokers, and over half of Chinese men smoke. The tobacco market in China has long been dominated by the China National Tobacco Corporation (CNTC), a state-owned enterprise that is responsible for almost more than 90% percent of all cigarettes sold in China. In recent years, several world’s leading tobacco companies, including Philip Morris International, British American Tobacco, Japan Tobacco International, and Imperial Tobacco, have all started joint venture with the CTNC to increase their market share in China’s tobacco and cigarette market.

China National Tobacco Corporation (CNTC) is a state-owned enterprise that is responsible for almost more than 90% percent of all cigarettes sold in China. It is the world’s largest tobacco company. The CNTC owns numerous tabacco and cigarette brands, from large ones such as Hong Shuangxi, Yun Yan, and Zhongnanhai, to smaller regional brands and derivatives.

British American Tobacco plc (BAT) is one of the top 10 largest tobacco companies in the world, headquartered in London, England. BAT’s four best-selling cigarette brands include its native brand Dunhill and US brands Lucky Strike, Kent and Pall Mall. Other brands that the company markets include Benson & Hedges and Rothmans.

Philip Morris International Inc. is a multinational cigarette and tobacco manufacturing company headquartered in New York, United States. It’s long been one of the world’s largest tobacco companies with products sold in over 180 countries around the world. The most recognized and bestselling cigarette brand of the company is Marlboro. The company was founded by Philip Morris in 1847.

Imperial Brands PLC is a British multinational tobacco company headquartered in Bristol, United Kingdom. The company mainly manufactures, markets, and sells cigarettes, cigars, pipe, e-cigarettes, and other tobacco products. Imperial Brands produces over 320 billion cigarettes per year, has 51 factories worldwide, and its products are sold in over 160 countries. Some of its most famous cigarette brands and tobacco products include Davidoff, West, Gauloises Blondes, Montecristo, Golden Virginia, Drum and Rizla.

Japan Tobacco is a world’s leading tobacco company which operates in over 70 countries and sells it tobacco products in more than 130 countries around the world. Some of Japan Tobacco’s best-known tobacco brands include Winston, Mevius, Camel, Silk Cut and LD etc. Headquartered in Tokyo Japan, Japan Tobacco is also engaged in pharmaceutical and food businesses.

Altria Group, Inc. is a leading American tobacco companies and one of the world’s largest producers and marketers of tobacco, cigarettes and related products. Altria is the parent company of several world’s leading tobacco and cigarette companies including Philip Morris USA, John Middleton, U.S. Smokeless Tobacco Company, Philip Morris Capital Corporation, it also stakes in other major consumer products companies such as Belgium-based brewer ABInBev, the Canadian cannabis company Cronos Group, and the e-cigarette maker JUUL Labs. Altria Group, Inc. was founded in 1822 and is headquartered in Richmond, Virginia.

Gudang Garam is an Indonesian cigarette company that manufactures and distributes cigarettes and operates activities related to the cigarette industry. It is best known for its kretek (clove cigarette) products, it produces a wide range of kretek cigarettes including low-tar, low-nicotine variants and traditional hand-rolled kretek, which are distributed domestically and worldwide. Gudang Garam currently controls over 20% of Indonesia’s fast-growing tobacco market, making it one of the largest tobacco companies in Indonesia and the world.

Founded in Daejeon, South Korea, KT&G is the largest tobacco producer in South Korea and one of the top 10 largest tobacco companies in the world with annual sales over US$4 billion. Some of KT&G’s most famous cigarette brands include: The One, Indigo, Arirang, This, This Plus, Zest, Esse, Raison, and Lo Crux. The company has been expanded internationally through its superslims brand Esse in Russia and other eastern European markets.

Universal Corporation is one of the world’s leading tobacco merchants that buys, sells, and processes flue-cured and burley tobacco. Although, the company does not manufacture cigarettes or other consumer tobacco products, it is still one of the world’s largest tobacco companies by revenue. Incorporated in 1918, Universal has headquarters in Richmond, Virginia, in the United States.

The increasing use of automated techniques in manufacturing tobacco products is one of the major trends that has been witnessed in the global tobacco industry. Many world’s leading tobacco and cigarette companies are implementing automated manufacturing practices to cut the labor cost. Meanwhile, major tobacco companies are focusing on launching modified and targeted products. For instance, they have introduced long, skinny and lightweight cigarette variants aimed solely at the female consumers. Furthermore, the vendors are also increasing investment in R&D activities to develop low-risk tobacco products, owing to rising health awareness among consumers. 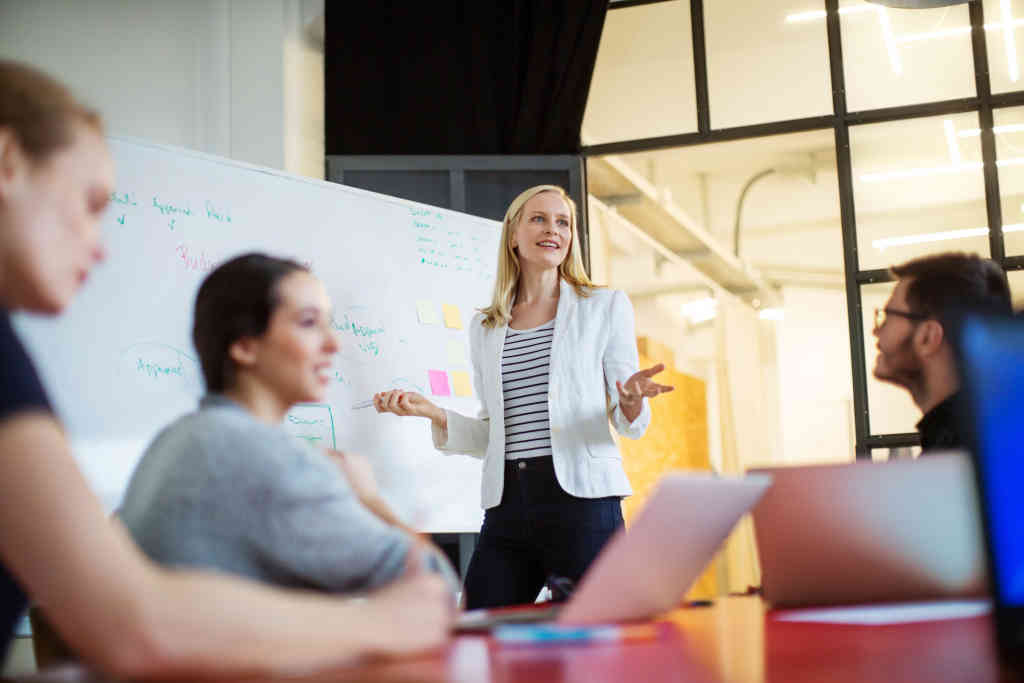 Keeping Your Employees Engaged Without Burning Out