Mexican Silver Industry Continues to Shine in the Global Market

Mexican Silver Industry Continues to Shine in the Global Market

The Mexican silver industry has achieved great success and built a solid reputation around the world for being a world leader in silver production and silver exports. In fact, Mexico has a long history of commercial silver mining, which can be dated back about 500 years ago. Today, as modern industries such as automotive, petroleum and machinery becoming Mexico’s new label in the global market, the silver industry in Mexico remains one of the most important parts for the economic economy growth and foreign exchange earnings.

Due to the strong performance of the Mexican silver industry, new business opportunities are always being created. BizVibe’s platform helps customers identify new product sourcing opportunities with the best experts from the top silver companies in Mexico. This modern business networking platform is targeted towards companies that want to simplify the buying and selling process, get quotes quicker and reach leading players from the silver industry in Mexico.

Grow Your Business Network: Connect with the Top Silver Companies in Mexico

The State of Silver Production in Mexico

Silver mining — the resource extraction of silver by mining — has always been around. Some say Silver was first discovered somewhere between 3000-4000 BC; more specifically, silver mining has been around in Mexico for over 500 years. The Mining of silver in Mexico has influenced the region’s growth, development, and economic performance.

Leading up to production today, In 2017 Mexico is currently the world’s largest silver producer with the highest silver output for the seventh year in a row. According to the latest report titled “The World Silver Survey”, Mexico’s silver output totaled 186.2 million ounces in 2016. Despite the total output in the Mexican silver industry decreasing by 3% from 2015’s figure of 192 million ounces, Mexico still remains the world’s top silver producer.

The report also suggests that last year was the first time in 12 years that Mexico’s silver production dropped, as the result of loss at Goldcorp’s Peñasquito mine, the country’s largest silver mining company, and another loss at Primero Mining’s San Dimas mine. Currently, Mexico-based Fresnillo plc was the top silver-producing company in the world with a total output of 45.7 million ounces last year from its seven operating mines in Mexico.

When it comes to silver exports, Mexico is also the largest silver supplier in the world. In 2016, Mexico exported around $1.9 billion worth of silver to the global market, representing over 10.4% of the world’s total silver exports in that year. Some of the largest importers of Mexican silver include the USA, Brazil, Switzerland, Italy, and Canada.

Must Read: Top 10 Largest Steel Producing Countries in the World

Overall, the value of Mexico’s mining industry is expected to see rapid growth, supported by low operating costs and a strong project pipeline over the next few years. The total value mining industry in Mexico is forecasted to increase from $15.7 billion in 2016 to $17.8 billion by 2020, averaging 3.3% annual growth, while silver mining represented over 16% of Mexico’s total mining industry value. Therefore, Mexican silver industry will project to continue its leading position in silver production and exports in near future, averaging 4.5% annual growth driven by increased silver consumption in Asia.

The prominence of the Mexican silver industry has attracted a significant number of buyers and traders from all over the world. To help your silver business stay at the peak of the industry, BizVibe provides the best solutions to source products and make business deals with the top silver companies in Mexico. Don’t miss your chance to connect with the best industry suppliers, manufacturers, and companies on BizVibe.

Related to the Mexican Silver Industry 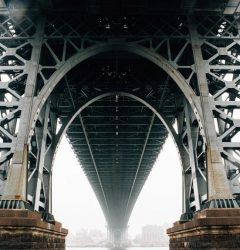 Top 10 Largest Platinum Mining Companies in the Wo