The demand for top-notch CCTV cameras is expected to increase further at a high rate due to the rising urbanization, change in lifestyle and need for security surveillance by the governments and public bodies. The global CCTV camera market can be segmented based on the type of model into PTZ camera, box camera, dome camera, bullet camera. The dome camera segment is the market leader in the CCTV camera manufacturers in USA market and it leads the market share with about 45% in Q1 2018. This CCTV camera segment is further expected to grow at a great speed keeping in mind about the increasing need and requirements for hi-tech CCTV cameras.

Closed-circuit television or video surveillance cameras are often used to record or stream the videos live. It is then transmitted to a set of display monitors through a signal. CCTV camera system is one of the most secure forms of surveillance available in the market. It is widely used by restaurants, schools, offices, hotels, airports, public buildings, hospitals, and other important buildings or areas to monitor the activities and maintain peace and order. The use of CCTV cameras in these sectors are on a rise, and so is the demand. CCTV camera manufacturers in USA are one of the top 10 CCTV camera brands in the world.

The international video surveillance marketplace is set to feel favorable progress driven by components such as rising global terrorism, Internet of Things (IoT) prospect and rising urban population. Further, the possibility of market expansion will be broadened by the improvement of smart cities worldwide and international economic growth. However, the growth of this budding market will be stalled by associated high cost, strict regulations and bad trading environment.

Avtech is one of the global top 10 CCTV camera brands in the world and is headquartered in Taiwan. This leading top 10 CCTV camera company was founded in the year 1996 in Taipei. Avtech has a strong market presence in the US with one of its largest consumer base after China.

Zicom is another top 10 security cameras systems in the world. This innovative top 10 CCTV camera brand in the world began its journey in 1994 and is headquartered in Mumbai, India. Zicom is one of India’s leading security camera companies with a growing market share.

Honeywell is one of the largest CCTV camera manufacturers in the USA, offering various CCTV camera types in the CCTV camera market. This company was founded in 1906 by Mark C Honeywell and is headquartered in New Jersey, USA. Honeywell is the market leader in the security industry with major brands using its services across the globe.

LG Electronics is one of the key top 10 CCTV camera companies and was founded in the year 1958 in Seoul, South Korea. LG Electronics produced South Korea’s first radios, TVs, refrigerators, washing machines, and air conditioners. This company is widely renowned across the globe.

Schneider Electric is a top 10 CCTV camera brands from France. This company founded in 1836 and is headquartered at Rueil-Malmaison, France. It is a Fortune 500 Global company and was founded by Eugène Schneider. Schneider Electric has a strong market presence in France and other European countries.

Godrej is one of the top 10 CCTV camera brands in the world. The company was founded by Ardeshir Burjorji Sorabji Godrej and Pirojsha Burjorji Godrej in 1897 and is based in Mumbai, India. Godrej is one of the most well-known and trusted brands in India. Godrej CCTV cameras are quite famous in the Indian market with a bright future in the growing Asia-Pacific market.

Few Other Top CCTV Camera Brands in the World 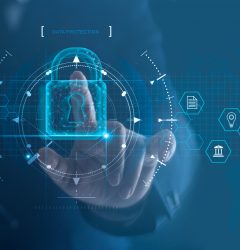