Growth Pattern of the Logistics Industry in UAE

Future Trends in the Logistics Industry in UAE

Dubai International Airport handles over 2million tons of cargo annually, with volume growth of over 4% against the previous year, and Abu Dhabi Airport managed around 850,000 tons of cargo in the same period. The top two airports in UAE will continue to spend heavily on expansion and enhancement of facilities in the coming few years. Emirates, a top logistics companies in Dubai launched a new facility for pharmaceuticals at Dubai Airport to satisfy the growing demand for pharma products. In the near future, the cold-chain services are expected to boost the logistics industry in the UAE. The top air freight companies Etihad and Emirates will play a large role in the UAE logistics industry over the coming few years as the top 10 logistics companies in Dubai continue booming.

Abu Dhabi Ports Company plans to expand Khalifa Port by 100 square km by mid-2018 to accommodate more logistics companies in Dubai and keep pace with rapid growth within the sector. The UAE is investing $1.6 billion in Jebel Ali Port, a top logistics companies in Dubai managed by the global terminal operation DP World, to increase the port’s total capacity to 22.1 million containers. Sharjah port is expected to register a CAGR of more than 3% in the period 2017-2022 while Khalifa Port at Abu Dhabi will grow by over 13% during the forecasted period. The logistics industry is among the key sectors boosting the growth of the economy in the UAE and the past improvements and investments within the UAE logistics market has consolidated Dubai as one of the top logistics hubs in the world and augmented the market share of the top 10 logistics companies in Dubai.

Boat Industry in Italy Sails High in the Global Market 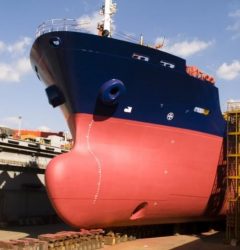