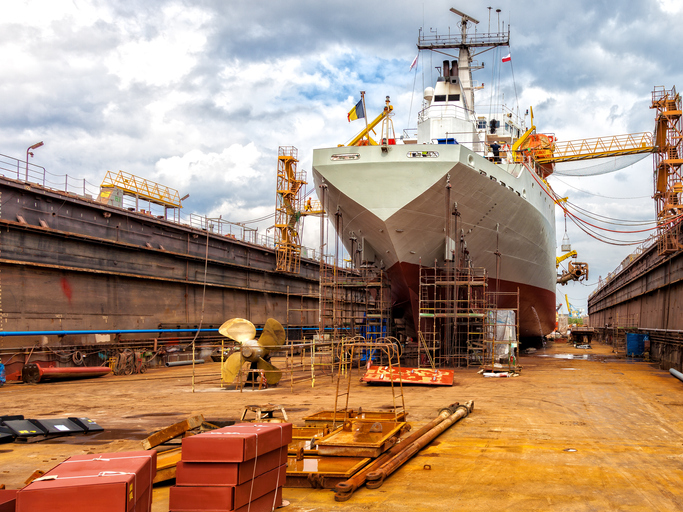 Current State of the Top Shipbuilding Companies in the World

Ranking number 1 on our list of the top shipbuilding companies in the world is Hyundai Heavy Industries; with the top 3 rounded out by STX Offshore & Shipbuilding and DSME.

This industry fact sheet is to assist industry professionals and investors interested in gaining insights into the global shipbuilding industry including:

A recent market report shows that the global shipbuilding new orders totaled 42.74 million GT in 2019, while the global shipbuilding market size was valued around US$120.6 billion in 2019, and it is expected to exceed $175 billion by 2025, representing a strong CAGR of over 5.5% during the forecast period. Some of the major driving factors for the growth of the global shipbuilding industry include the increasing international seaborne trading, rapid industrialization, and globalization, as well as advanced technology to offer energy-saving ships and shipping services.

Daewoo Shipbuilding & Marine Engineering Co., Ltd (DSME) ranks 3rd on our list of the top 10 largest shipbuilding companies in the world ion 2020. DSME has a total production of Daewoo shipyard is 68,284,087 GT which includes 834 ships. In 2011, DSME ordered 10 large container ships from DSME, each with a capacity of 18,000 containers, surpassing the then-record holder; the Mærsk E-class at 15,200 containers. DSME was founded in 2000 and is currently headquartered in South Gyeongsang, South Korea. Last year DSME generated USD 12.76 billion in revenues — making it one of the major shipbuilding companies in South Korea and worldwide.

the main focus is on the engineering, procurement, construction, commissioning, and the delivery of transportation ships for the commercial industry, topsides modules, drilling and floating production units for the oil and gas sector, gantry cranes for fabrication yards, digital instrumentation, and control devices for ships, and other construction and engineering services. Last year Samsung Heavy Industries generated USD 8.98 billion in revenues — making it one of the top shipbuilding companies in the world.

Reach out to the top shipbuilding companies in the world on this list.

Where are Most Ships Built?

Which country builds the most ships? Here is a breakdown of the countries best to invest in when it comes to shipbuilding.

An Introduction to Japan’s Changing Food and Bev